It happened shortly after midnight in the inbound lanes of the freeway near Crosstimbers. 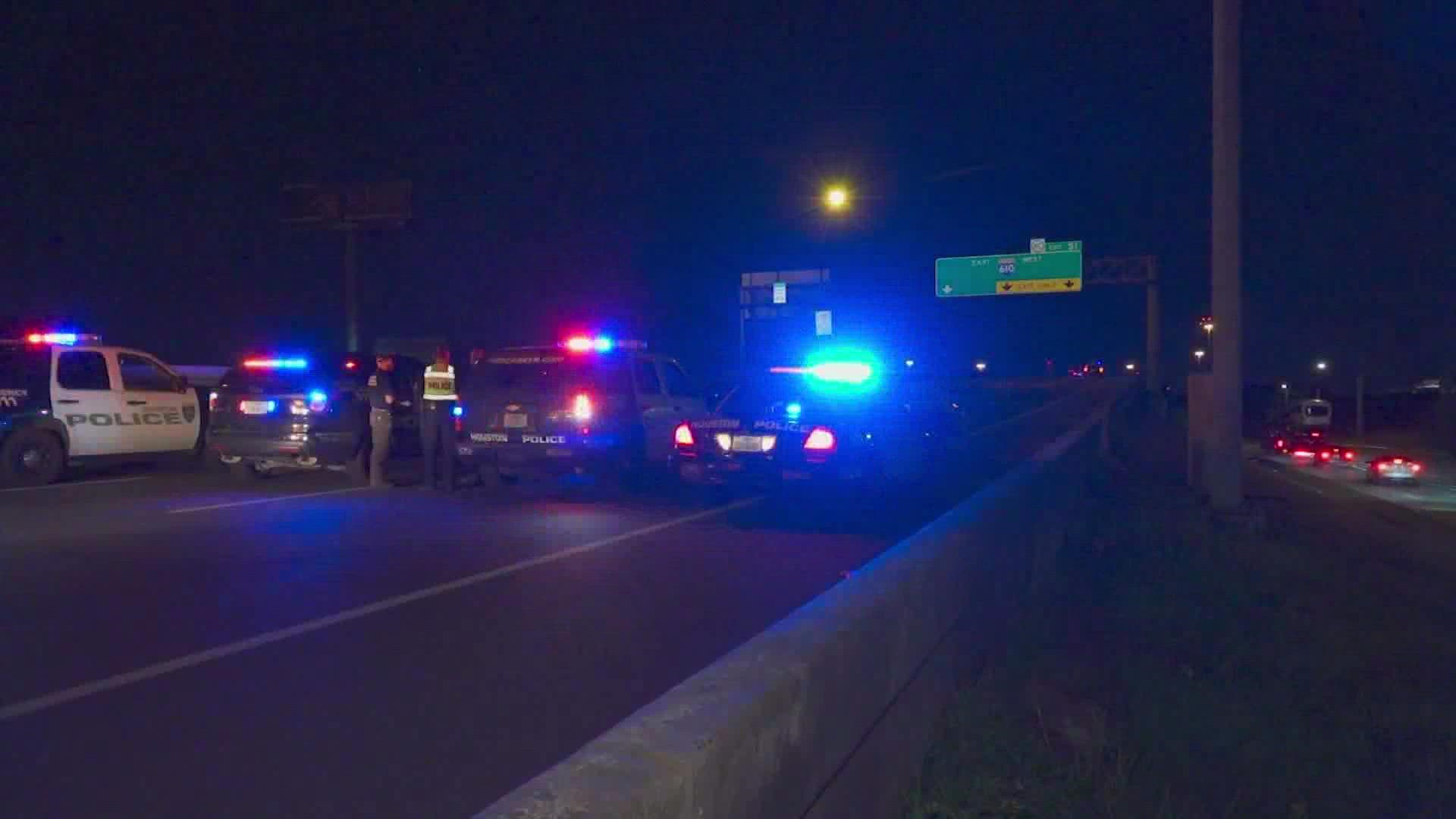 HOUSTON — Houston police are investigating the death of a man hit and killed while stepping out of a stalled vehicle on the North Freeway overnight.

It happened shortly after midnight Sunday on the inbound lanes of the freeway near Crosstimbers. Investigators said the pickup truck stalled in one of the middle lanes.

The driver got out and was inspecting his vehicle when a second pickup truck approached and hit him. Investigators said there was a woman inside the stalled vehicle at the time of the crash.

The other driver stayed at the scene. They're still being tested for any possible impairments, such as drugs or alcohol.

HPD Sgt. David Rose said if it turns out the driver is sober, most likely, charges will not be filed in this case.

"This has been an unfortunate series of events," Rose said.