The death toll has been lowered from 10 to 9 people after a medical skeleton was misidentified as human remains, Butte County Sheriff Kory Honea said. 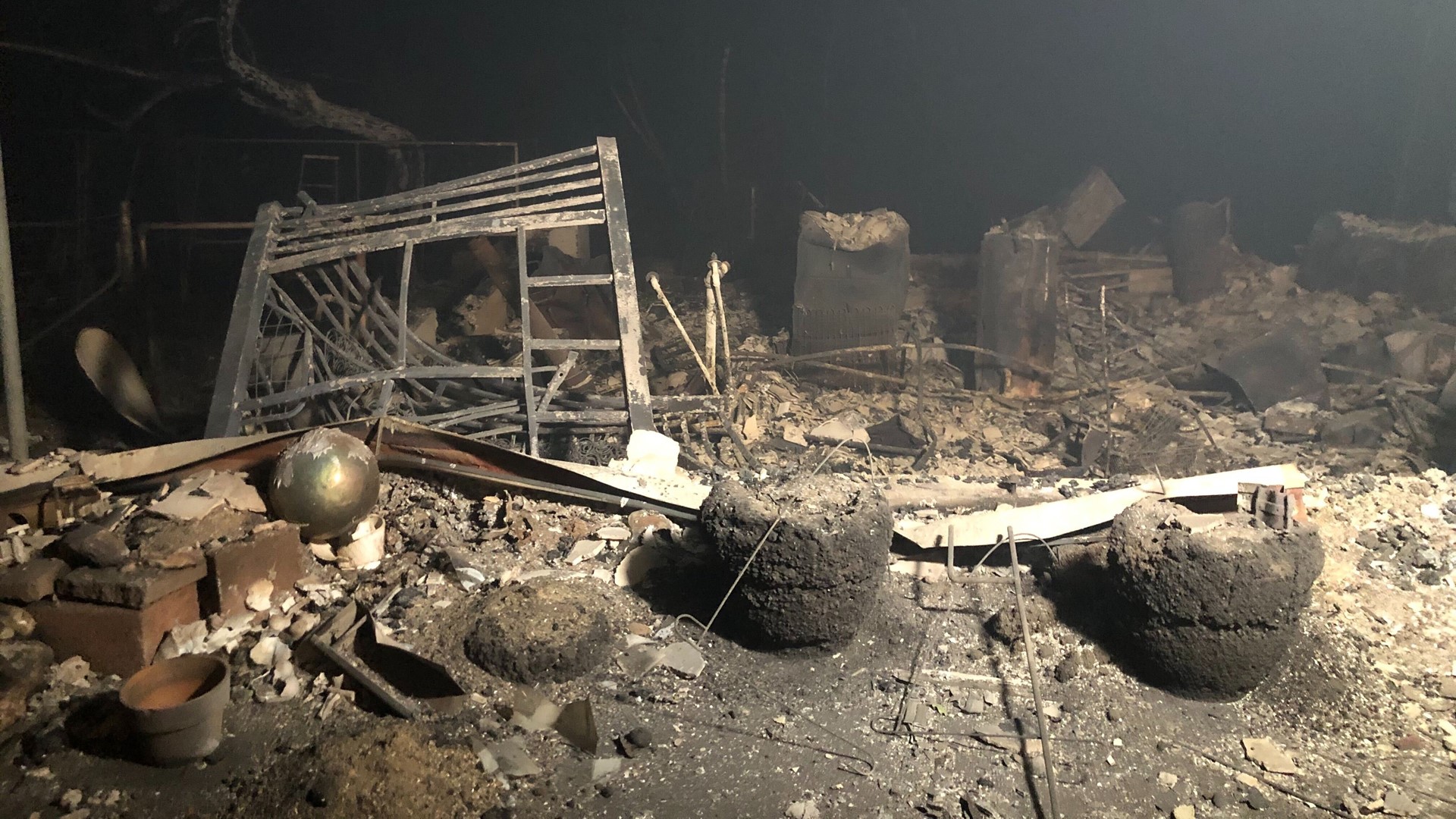 Honea said deputies found a medical skeleton in a woodshed. The skeleton belonged to a resident who studied anthropology.

"I've seen pictures of it, and I will tell you that in the burn condition that was it very, very much looked like an authentic set of human remains," Honea said.

Credit: Jessica Williams
Berry Creek resident Josiah Williams, 16, appears to have tried to drive away from the fire but was unable to escape.

Honea said the sheriff's department will have to wait until Monday to search for more remains due to the area being too hot.

The fire is burning outside Orville in Butte County. So far, 44 homes have been destroyed, Cal Fire said.

Credit: Zygy Roe-Zurz
Millicent Catarancuic, 77, was found near her car, next to two other bodies that still need to be identified.

On Thursday, Cal Fire renamed the Bear Fire the North Complex West Zone Fire because it had merged with other fires.

A thermal image of the North Complex fire shows hotspot areas and communities that are most at risk from incoming blaze in the West Zone.

The yellow area at the top of the image shows areas that have already been burned, while the orange and red spots show active flames. The blue line signifies the Yuba County border.

Yuba County Office of Emergency Services [YCOES] has highlighted areas that have been evacuated near the top of the county line, near Brownsville, to show just how close the active fire is to the community.

Cal Fire has not lifted an evacuation orders for these areas, and though residents may be impatient to return to their homes, YCOES is urging people to understand the very present risk to life and property of the fire in the North Complex West Zone.

As promised, here is a capture of the map shared by Yuba County Undersheriff Nick Morawcznski, showing the thermal...

The fire agency is expect to give updates on any additional spread and containment, as well as where efforts are being concentrated to help mitigate the fire.

Cal Fire will be taking questions and concerns in the comments section of the Facebook Live video.

To make sure everyone is getting the information they need, Cal Fire has set up pop-up information centers, with officers ready to answer questions from the community. In Magalia, one such public information pop-up has been created and has already seen some traffic from locals.

A map of the fire zone and additional evacuation information is available on a-frame boards for people to easily access the most recent updates on the North Complex West Zone.

In Berry Creek, Monica Coleman surveys some of the devastation. At Berry Creek School, the destruction is clear. Barely any hint of the former K through 8 is visible. All that is left is melted metal, charred remains and ash.

Berry Creek has been particularly affected by the North Complex West Zone Fire. It is an area that Cal Fire says it is focusing on in particular when it comes to mitigating spread.

While air quality across the state of California is poor, the quality is heading into the hazardous level in some areas in Plumas County, especially around Quincy, Meadow Valley, Indian Valley and the Lake Almanor Basin.

Some areas are expected to temporarily improve this afternoon, but residents in nearby communities are urged to stay safe and check their local air quality here.

Gov. Newsom signed a bill at the conclusion of his press conference amidst the smokey Lake Oroville State Recreation Area, allowing inmate firefighters to seek occupations as emergency first responders upon their release from prison.

The bill will "help give people opportunity and hope," Newsom said. "And those are those prisoners that are out there, thousands of prisoners, that are on the front lines...and want the opportunity because of the training they're receiving, once they're out of the system, to potentially be able to join a workforce of which they've been trained and have actively participated in heroic ways..."

Inmates who have stood on the frontlines, battling historic fires should not be denied the right to later become a professional firefighter.

According to Cal Fire, there are approximately 3,100 inmates working at fire camps currently. Approximately 2,200 of those are fire line-qualified inmates.

Gov. Newsom stood in Lake Oroville State Recreation Area, amid a cloud of smoke, as he spoke about the North Complex Fire which had recently ripped through the area.

Over 3 million acres in California have been burned, which is 26 times more acreage than had burned last year. Gov. Newsom focused on California's past efforts to mitigate climate change, saying that now that state has to "step up our game."

"Our goals are inadequate to the reality we are experiencing," Gov. Newsom said, as he restated previous goals to have 100% renewable energy in the state by 2045.

Now, Newsom says that milestone needs to come much, much sooner.

CAMP OKIZU: A camp designed for kids with cancer in Berry Creek has been destroyed in the #NorthComplexFire, a board...

Some of the specific directives the governor focused on during the press conference included more electric vehicles, green jobs, land use efforts and reevaluating the agricultural industry to better reflect California's climate emergency.

An updated list of current road closures in Oroville has been provided by CHP Oroville.

These are the current road closures in the Oroville Area, if anything opens the list will be updated. #NorthComplexFire #Calfire pic.twitter.com/KIh6Xc4qE0

The North Complex fires have burned 252,534 acres across parts of Butte, Yuba and Plumas counties. The fires are 23% contained.

The most active of the fires in the complex is the North Complex West Zone [NCWZ] fire, formerly called the Bear Fire.

The NCWZ fire has burned 70,412 acres and is 5% contained. Ten people have died in the fire and the Butte County Sheriff’s Office said 16 people are still unaccounted for. At least 2,000 buildings have been destroyed or damaged, and another 23,356 are threatened by the fire.

► GET THE LATEST DEVELOPMENTS: Get California wildfire news updates in your email with the Daily Blend newsletter. Sign up at www.abc10.com/email

Multiple roads in Oroville are closed due to the Bear Fire. 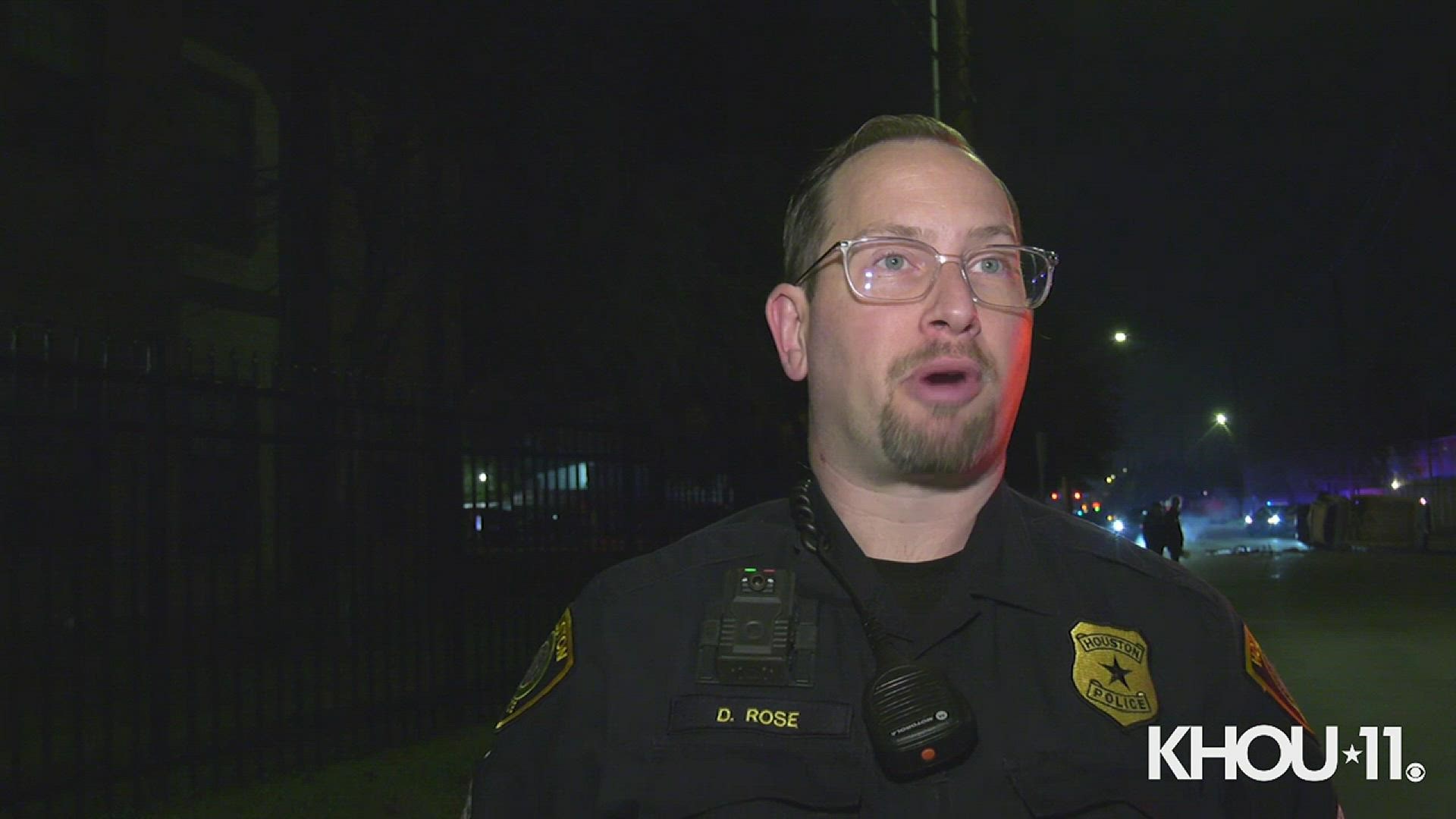