No party? No problem! Your neighbors will parade by your home. Here's how to sign up for a birthday brigade

"We’re not going anywhere," Karen Scott said. "If we can bring on happiness, that’s what we’re going to keep doing." 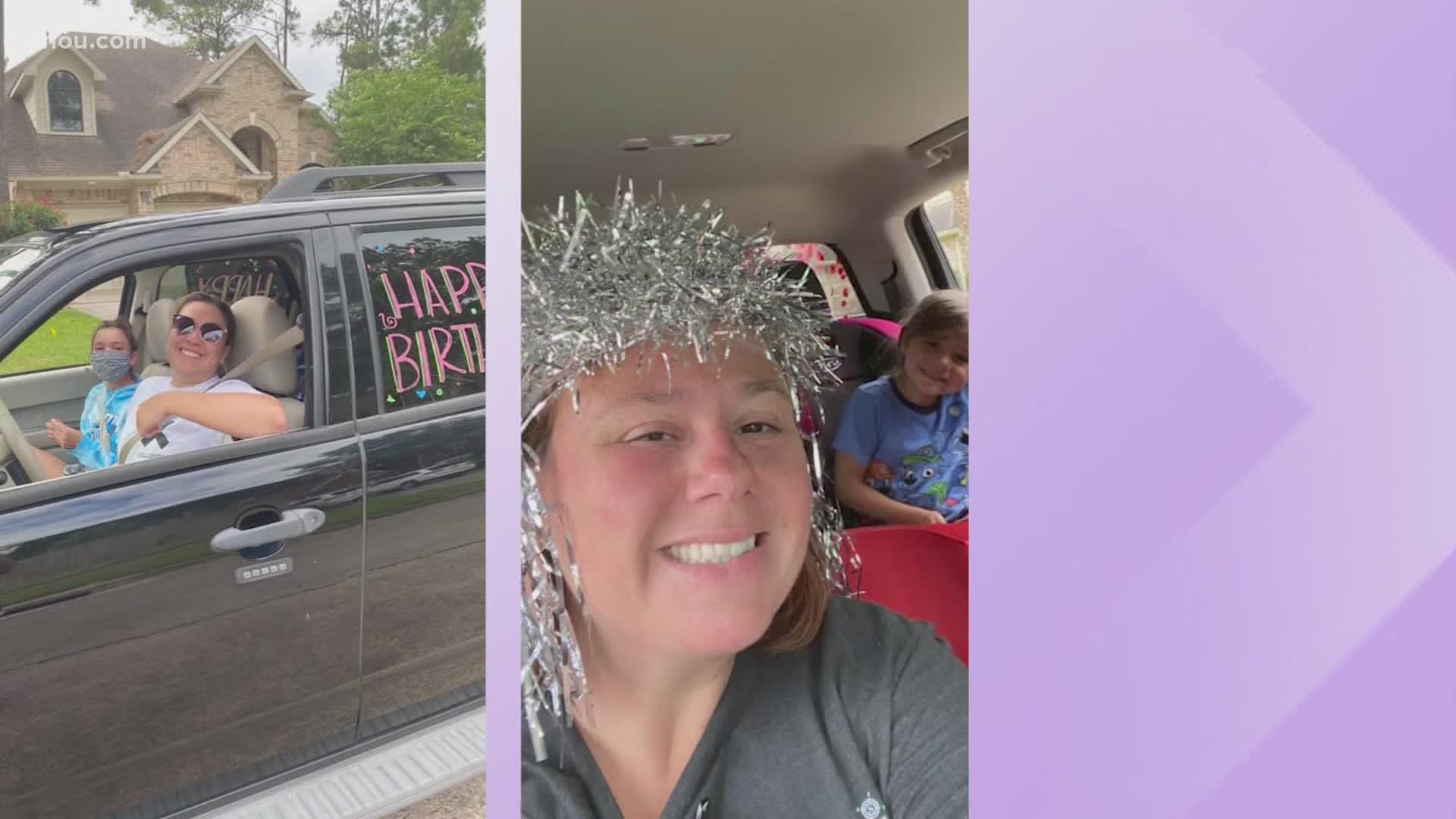 TOMBALL, Texas — This pandemic is forcing us to change a whole lot of things, including celebrations. The CDC is recommending people avoid crowds and sharing food.

What we lack in proximity right now, neighbors are making up for with parades.

"We wanted to do something positive when everybody was kind of stuck at home," Karen Scott said. "And all these little kids couldn’t have a birthday party. That kind of stinks."

Karen Scott was inspired by a parade planned for her nephew's March birthday. She and her friends created this Facebook page: Birthday Brigade.

"Anybody that wants to participate, the more the merrier," she said.

The group began parading through Houston, Cypress, Katy and Tomball neighborhoods in early April. A birthday celebration for 11-year-old Jace on May 13 marked the group's 50th parade.

"And it’s been kind of a saving grace for a lot of us to be positive, to get out of the house, to have something to get dressed for and to bring happiness to other people," Scott said. "It’s so simplistic. It’s really not something that’s overthought or overworked at this point. We just kind of get out there and do it., and everybody just comes together."

At a time when it's totally OK to stay home, it's a huge deal to show up for our neighbors.

"Coming together and bringing just happiness. That’s the best part for me. I love it," Scott said.

Click here to learn more about the Birthday Brigade

The birthday brigade is open to everyone. Anyone can volunteer to join the parade, and all birthdays will be considered.

"One of our best experiences was actually a 40-year-old birthday," Scott said. "And she broke down in tears. So we do adults once in a while, but we give precedence to kids."

It's a deserving display from neighbors dedicated to going the distance.

"We’re not going anywhere. If we can bring on happiness, that’s what we’re going to keep doing," Scott said.

RELATED: Houston ER doctor spends his off days building a tree house for his sons

We learned about this story through a tip received on Nextdoor. To connect with KHOU 11 News Reporter Melissa Correa on Nextdoor, click here.