Nine white supremacists have been arrested along with 35 other people in a major operation to disrupt gun and drug crimes in both Pope and Yell counties. 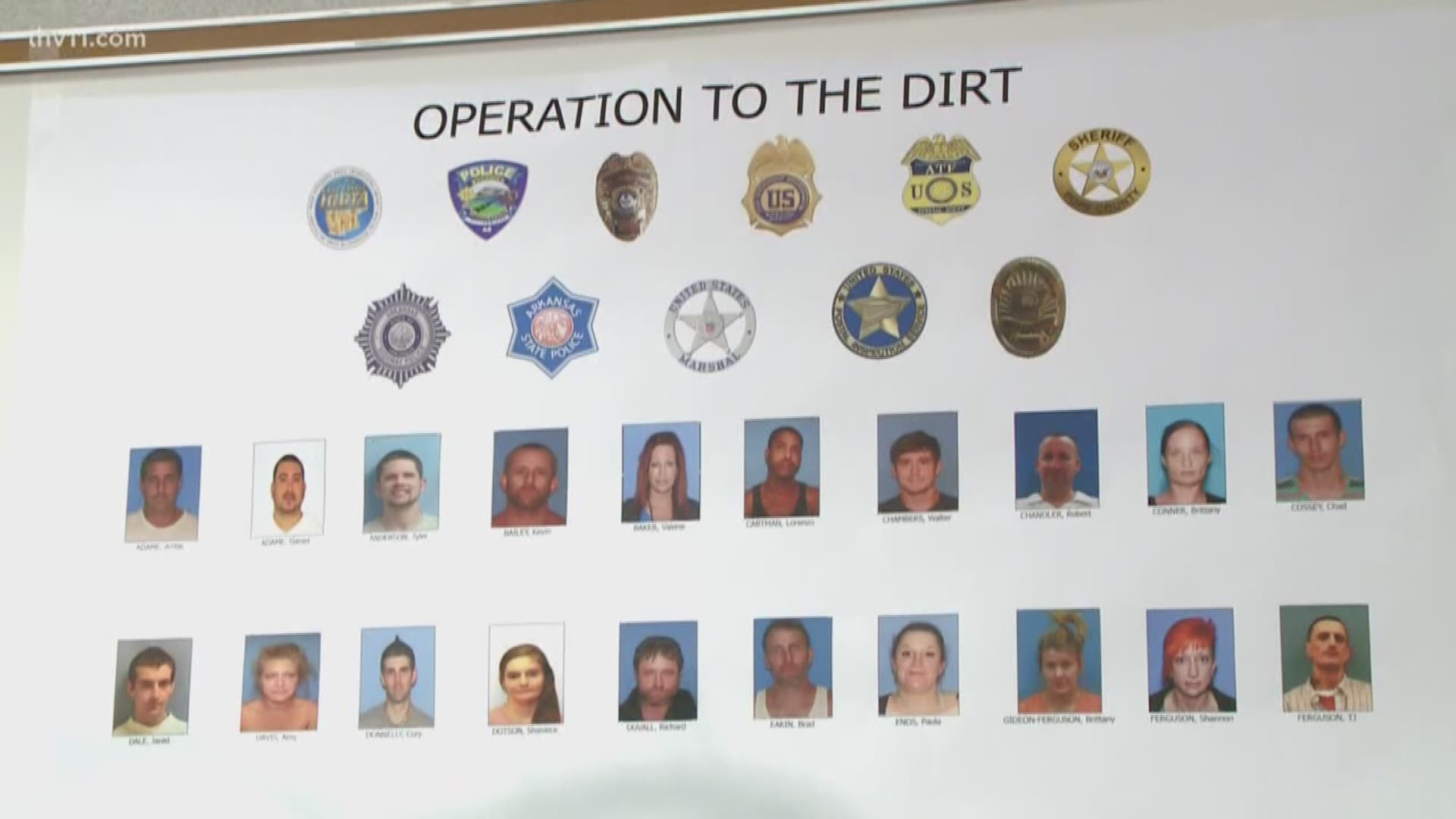 RUSSELLVILLE, Ark. (KTHV) - Nine white supremacists have been arrested along with 35 other people in a major operation to disrupt gun and drug crimes in both Pope and Yell counties.

The "To The Dirt" investigation was named after a New Aryan Empire (NAE) slogan, which authorities say is in reference that members of the white supremacy group must remain in the group "until they die." It was spearheaded by Cody Hiland, newly appointed as the United States Attorney for the Eastern District of Arkansas.

"This morning, more than 200 officers, including 120 tactical officers led a successful operation to arrest many of these individuals," said Hiland. "One house had 25 guns in it. Another house had 14. Those guns include AR-15, AK-47, high-capacity rifles."

"Citizens have the Second Amendment right, a constitutional right, and I support it. But when you have a felon that's involved, and you have people that are using them in the process of committing drug crimes, that's when you have problems," Hiland said.

The investigation began in early 2016 when local police noticed various crimes being committed by NAE members.

"It soon became apparent that the methamphetamine trafficking in the area went far beyond only NAE members," the announcement said.

"Most of our drug trade is from out-of-state, right? It comes up from the border and anytime we have something like this, it involves, usually, outside the state borders. So that's why federal involvement is critical," Hiland said.

During the investigation, police made 59 controlled purchases of meth, seizing more than 25 pounds of the illegal drug. They also seized more than $70,000 in drug money.

"Methamphetamine is one of the most drugs that we have in our country. It's disproportionately affected our state. I grew up in rural Van Buren County, Arkansas. You just look at Van Buren County and the impact it has had there. Methamphetamine is a scourge. It needs to be stamped out to the extent that we can," Hiland said. "Targeting violent, armed drug dealers will be a priority for my office, as well as for all law enforcement agencies in central Arkansas."

Hiland said this is just the tip of the ice berg.

"These arrests are important. This operation is important. And it's not over," he said.