The Astros look to close out New York tonight. The Yankees try to force a deciding Game 7 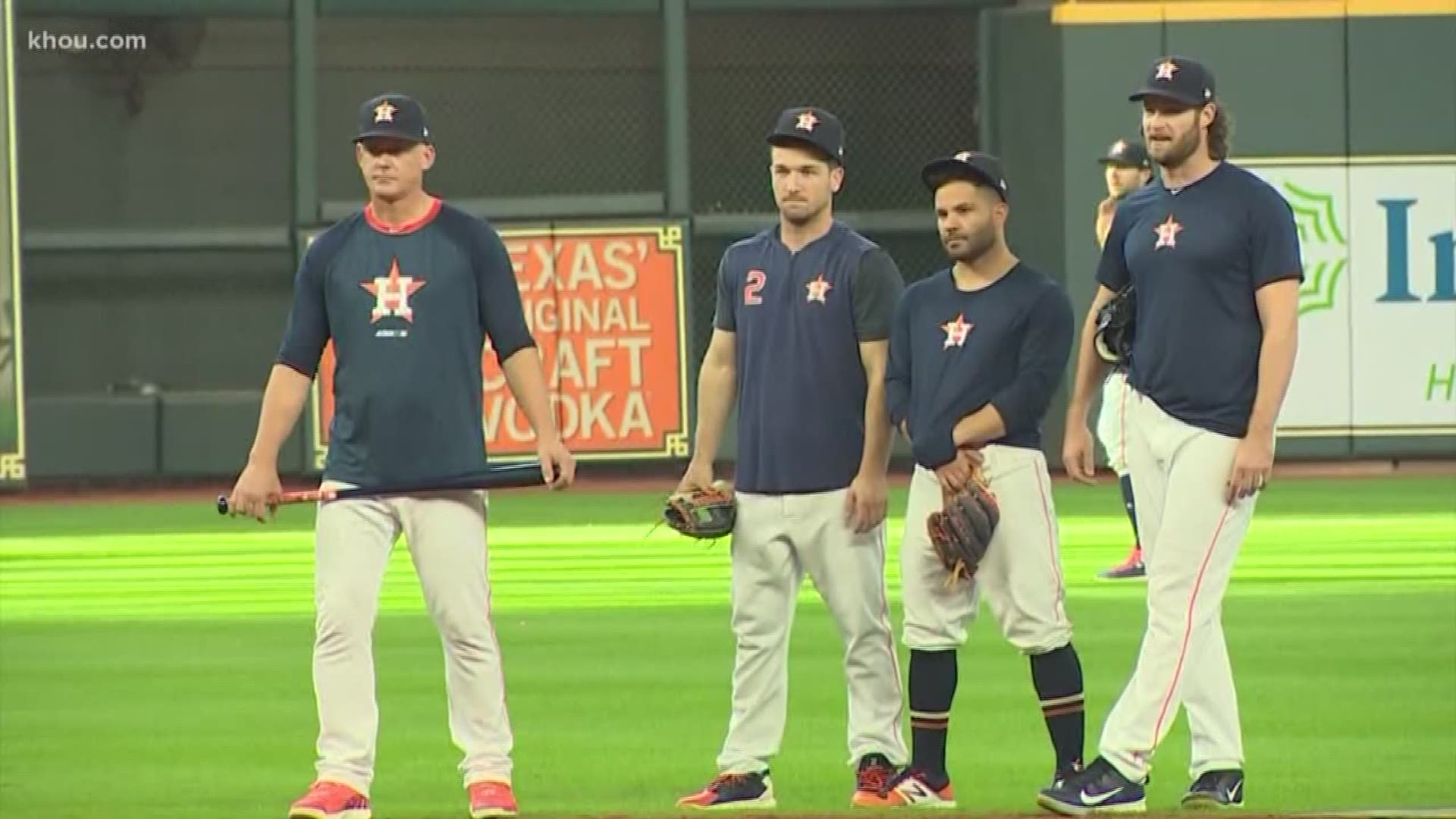 HOUSTON — The Houston Astros hope to close out the New York Yankees in the ALCS tonight.  And they return home to try to do it.

Both teams will turn to their bullpens in Game 6, though a starting pitcher hasn’t been announced for either team.  First pitch is 7:08 p.m.

Houston has a 3-2 series lead in the best-of-seven series.  The winner moves on to face the Washington Nationals in the World Series, which starts on Tuesday.

The Astros had hoped to clinch in the Bronx on Friday night, but James Paxton and the pinstripes had other plans.  DJ LeMahieu and Aaron Hicks both took Houston starter Justin Verlander deep in the first inning as New York scored four runs.  Verlander shut down the Yankees the rest of the way, but Paxton was also dominant, limiting the Astros to a first-inning run and nothing else.

There are two bats the Astros really need to get going if they hope to advance past the Yankees and make noise in the World Series.  Shoe-in rookie of the year Yordan Alvarez is hitting a mere .053 in the ALCS. And though he had unprecedented power numbers in the regular season, he’s yet to go yard in the playoffs. And Yuli Gurriel, who was a big part of the offense all season, is in a post-season slump, hitting only .050 in the ALCS.

The Astros are 60-21 on their home turf. Houston has a team batting average of .210 this postseason, Jose Altuve has lead them with an average of .333, including six extra base hits and six RBIs.

The Yankees are 46-35 on the road. New York has a team slugging percentage of .422 this postseason, Gleyber Torres leads them with a mark of .781, including eight extra base hits and 10 RBIs.

Alex Bregman leads the Astros with 80 extra base hits and is slugging .592.

DJ LeMahieu leads the Yankees with 102 RBIs and is batting .327.

If the Astros don’t clinch tonight, they have another chance tomorrow night, and  Gerrit Cole will be on the mound for that one.