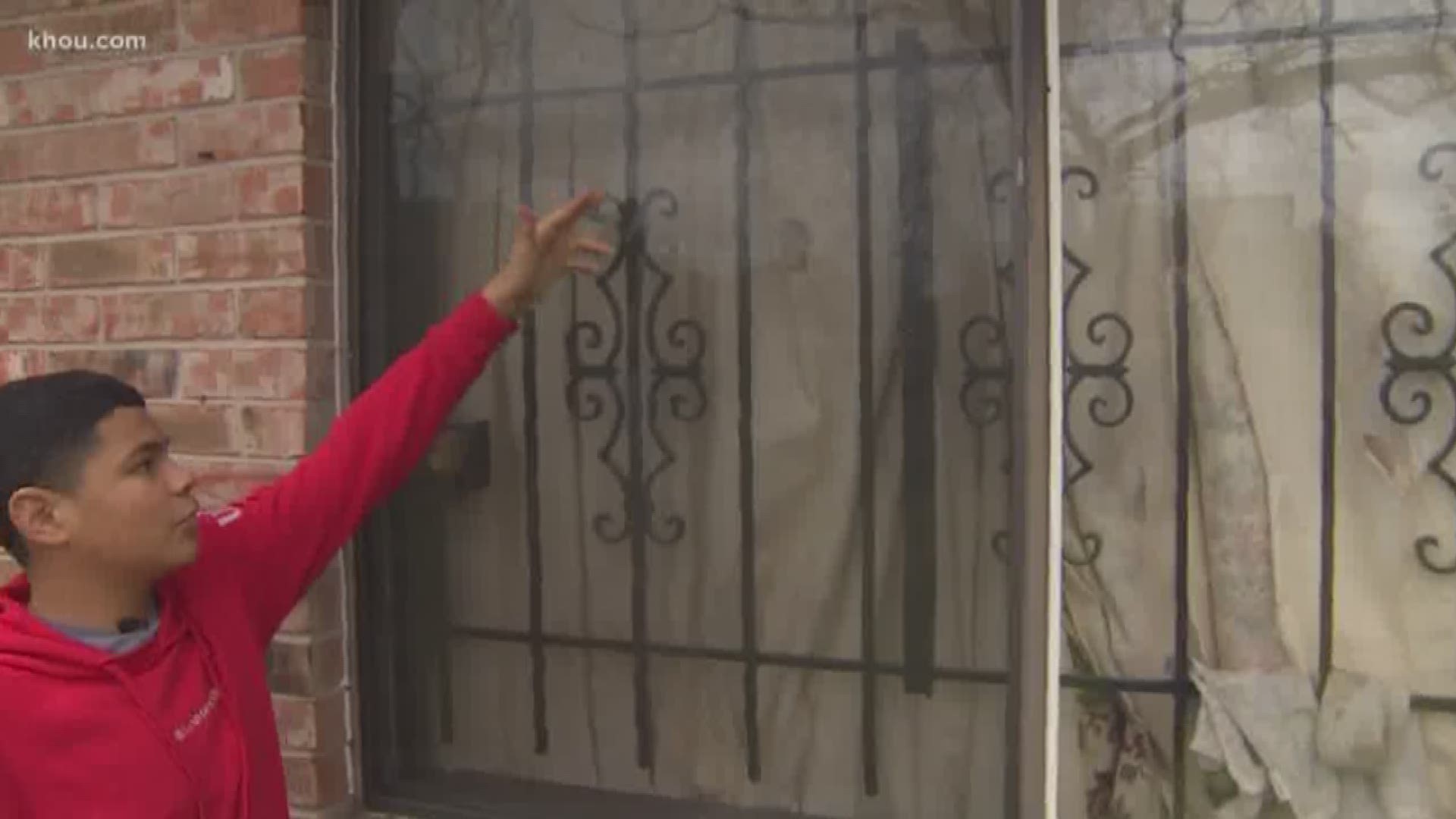 HOUSTON — A family walking into their home ducked for cover as a bullet shattered a bedroom window early New Year’s Day in southwest Houston.

He, his grandparents and cousin laid on the floor for three minutes, Gonzalez said.

None of them was hurt.

Houston Police, who were outside investigating a mom shot and killed two doors down on Lazy Ridge, heard celebratory gunfire. That is what officers think hit Gonzalez’s home.

Detectives found the bullet but they're still looking for the shooter.

“I think it was all an accident,” Gonzalez said.

Celebratory gunfire is blamed for the death of a Houston nurse who was lighting fireworks outside with her family when a bullet struck her.

On the other side of town in northeast Harris County, deputies say a man was shot in the wrist by someone firing a gun to celebrate the New Year.