The 21-year-old Texas State student from Missouri City vanished last December after crashing on his drive home for Christmas break. 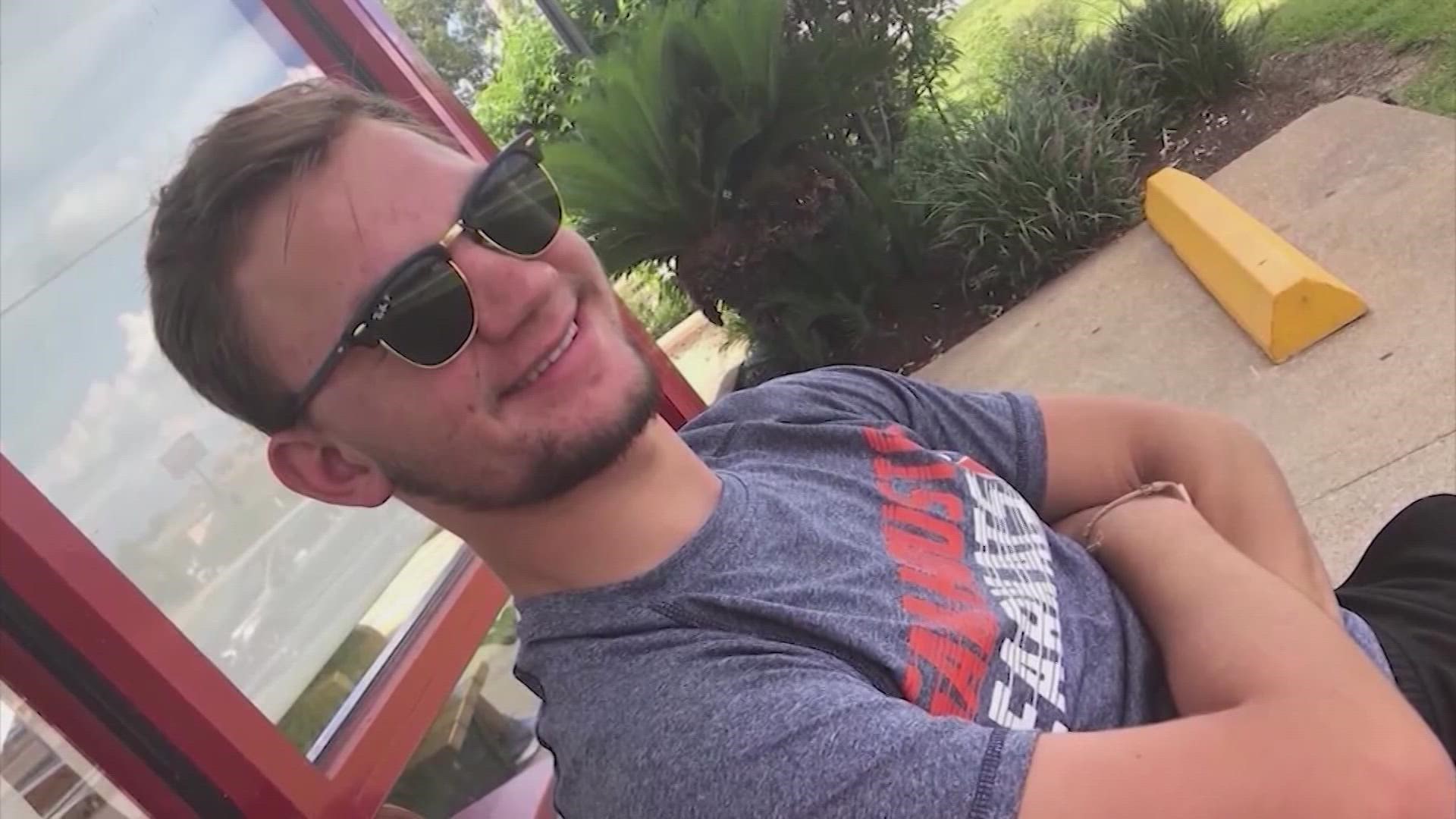 He left San Marcos on his way to his parent's house for Christmas break, but crashed his car near Luling. The badly damaged car was found but Jason wasn't in it.

MORE COVERAGE: Where is Jason Landry?

Investigators tell KHOU 11 they have identified 86 points of interest. Places they plan to send teams out to search, with the goal of bringing Jason back home to Missouri City.

“I have a son who is not much older than Jason and this is an easy case for all of us to identify with because I think all of our families are an accident away from being in a situation like this," said Matt Woodruff, a volunteer with TEXSAR.

Credit: Provided
This is a photo of Jason Landry's wrecked car, which was found near Luling.

The places they'll search Saturday have been identified by artificial intelligence, basically computer mapping programs to show them -- based on thousands of photographs of the area -- where Jason could be.

Originally, the only clues they had were his car with keys and wallet inside, and his clothes and backpack found down the road.

'It's a passion and a calling'

Jason's father, Kent Landry, spoke to KHOU 11 on his drive to Caldwell County to join the searchers.

“It’s just a passion and a calling for them. This is not what pays the bills for them, they all have everyday jobs, and yet here they are taking off another weekend to go and to just search for our son," Landry said. "We just appreciate everybody’s prayers, you know, for our family and for safe travels and for all the searchers to be safe this weekend."

Woodruff and other TEXSAR volunteers aren't ready to give up hope of finding Jason.

“What we want to do is bring closure to that family, if he’s out there, we want to know we’ve done everything possible that we can do to locate him and take him home to his family," said Woodruff.

Investigators have told KHOU 11 they have no evidence of foul play and no evidence that leads them to believe Jason is alive. They’re hoping if they can find him, they can answer the biggest question of what happened.

In January, KVUE reported that investigators gained access to Jason's phone and computer data. Here is what they discovered.

A $10,000 reward is being offered for information that leads to Jason Landry.