Preservationists have developed a plan to restore and reuse Pearland's historic railroad depot. It would become a museum while a second building could be rented for parties, receptions, or other events. The city's hotel occupancy tax would help pay for the $900,000 project. 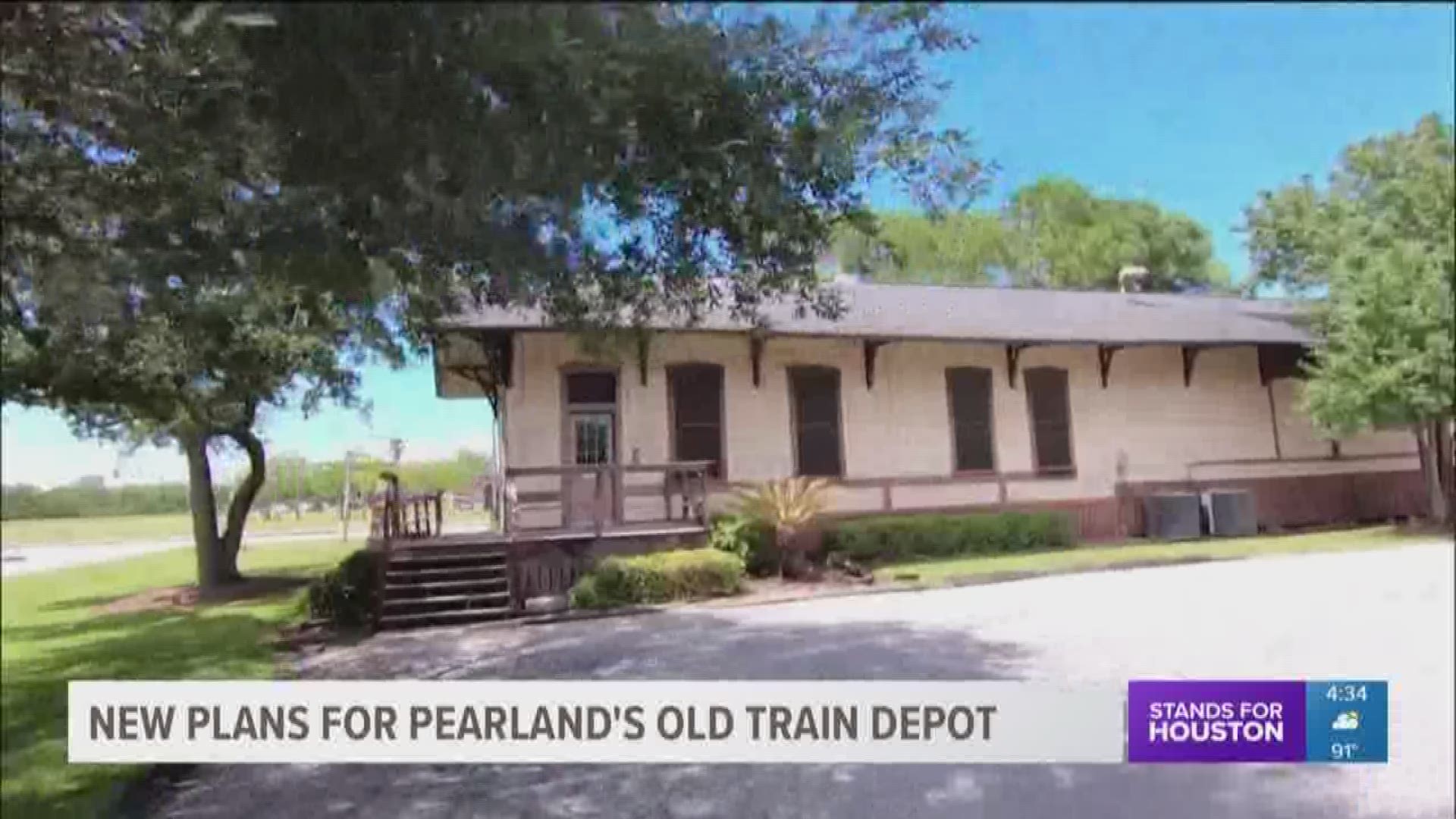 PEARLAND, Texas — There are new plans for Pearland’s historic old train depot. It’s said to be the oldest existing building in the fast-growing suburb.

“That building is both literally and figuratively the reason that we’re all here,” said Donald Hayes with the Pearland Historical Society.

Hayes is on a committee studying ways to restore and preserve the depot which dates back to the 1890s. That’s when Pearland was little more than a stop along the Gulf, Colorado and Santa Fe Railway line.

“Pearland has grown so quickly that many people don’t realize we have that landmark right here accessible to us,” said Hayes. “We want to bring it back to becoming the cultural centerpiece of the city.”

Preliminary plans on display at the Pearland Convention and Visitors Bureau show the depot as a railroad museum connected by a caboose to a new building that could be leased for special events.

“Because we want this to be self-sustaining and we don’t want to impact any property or sales tax revenue,” said CVB executive director Kim Sinistore. “So, this is all going to be done through private donations and fundraising.”

Additionally, about $500,000 of the projected $900,000 cost will be covered by proceeds from Pearland’s hotel occupancy tax.

“Who doesn’t love trains and railroad depots?” said Sinistore. “What kid doesn’t want to learn about that kind of stuff?”

Fundraising may also include the sale of brick pavers that will allow people to leave their own permanent mark on a piece of Pearland’s past.

“And we recognize that it’s worth saving,” said Hayes.

Find more information about efforts regarding the depot on Facebook here.