The car is a Nissan Altima with paper tags. The car is missing and police want you to be on the lookout for it. 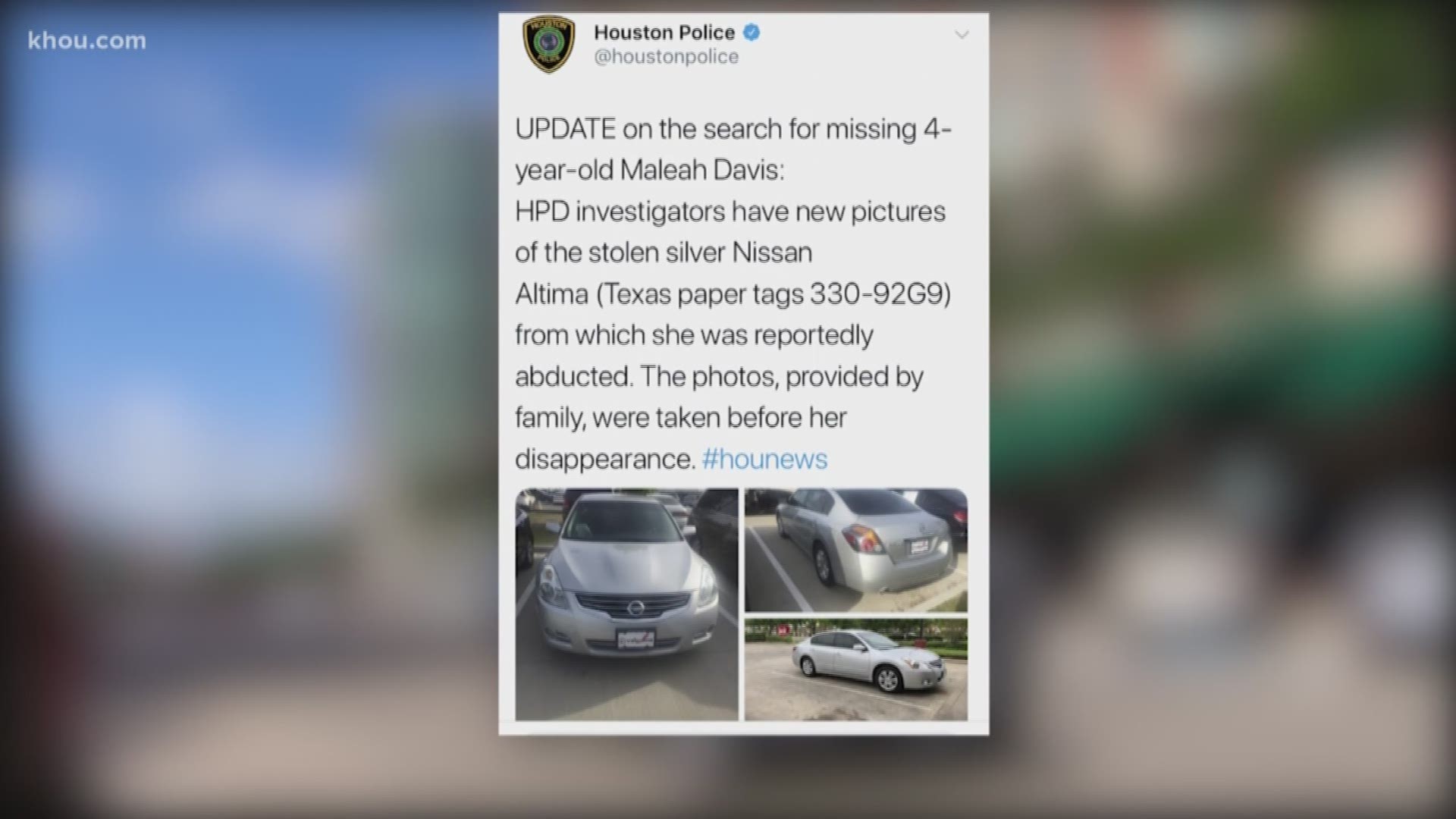 HOUSTON — We have new photos of the car tied to the disappearance of a Houston child and police want you to be on the lookout for it.

The car is a Nissan Altima with paper tag 330-92G9. It’s the car that Derion Vence was reportedly driving when he was allegedly assaulted and abducted along with his stepdaughter, 4-year-old Maleah Davis, and his one-year-old son, Courtland.

Around 700 flyers were handed out Wednesday near Maleah's home.

John Marsden was one of those passing out the flyers. He founded the group "Houston's Unsolved Homicides" after his own son was murdered.

"It doesn't make sense, something is missing, there's loopholes in this story." said Marsden.

He said he's not here to judge and wants others to reserve judgement too. He said people should concentrate on the mission at hand.

"We're all family in our community. It's about showing love and support, you know, regardless of what happened in the past," he said. "We need to focus on the future and bring this young lady home."

The family's Altima is still missing as well and police need your help to find it.  Houston police released the new photos of the vehicle Wednesday afternoon.

Maleah has been missing since the alleged abduction Friday night and there’s an active Amber Alert out.