The Texas Attorney General has intervened in a lawsuit filed on behalf of a Cy-Fair ISD student who was expelled after refusing to stand during the Pledge of Allegiance. India Landry first got attention for her protest last fall. 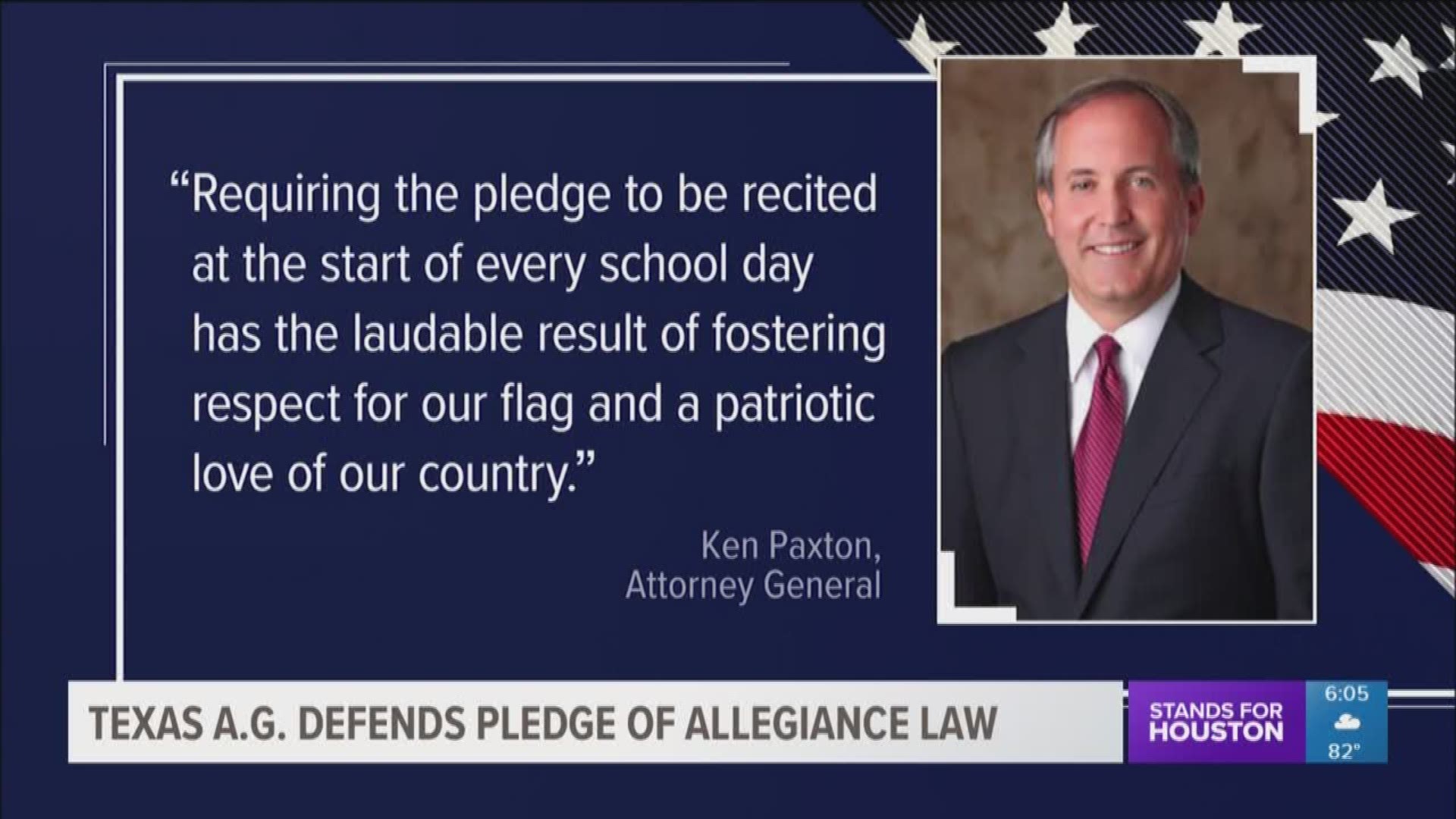 HOUSTON - There are new developments in the battle over a Cy-Fair ISD student’s decision to sit down during the pledge of allegiance.

She was kicked out of school last year before filing a federal lawsuit. Now, Texas’ Attorney General is weighing in and defending the state law that requires students to participate.

“She asked me to do it and I wouldn’t,” Windfern High senior India Landry told us last year. "She said you’re kicked out.”

READ: Cy-Fair ISD student says she was suspended for sitting during Pledge

Landry and her mother claimed a principal’s decision to punish her was an arbitrary one. Because Landry had sat down during pledge hundreds of times before.

“I don’t believe the flag is for what it says it’s for,” said Landry last year. “For liberty and justice and all that.” “It’s obviously not with what’s going on in America today.”

“The outcome will hopefully be that the school will recognize that students do not have to stand for the pledge of allegiance,” said Kallinen.

Kallinen said he isn’t concerned that Texas Attorney General Ken Paxton intervened in the suit seeking to protect the state law that prohibits students from sitting during the pledge without written parental consent.

"Requiring the pledge to be recited at the start of every school day has the laudable result of fostering respect for our flag and a patriotic love of our country,” said Paxton in a statement.

Kallinen believes Paxton’s involvement is purely political, as was that of the principal who initially disciplined Landry approximately one week after President Trump criticized kneeling NFL players.

“We are confident that, based upon the law, that Ms. Landry will prevail and she will once again be able to sit for the pledge of allegiance,” said Kallinen.

Kallinen said India Gentry has yet to return to Windfern High and missed her graduation. Meanwhile, a Cy-Fair ISD spokesperson says the district does not comment on pending litigation. This case is set for trial next April.