The rapid DNA technology can yield results in as little as 90 minutes. Normally the lab takes one to three days. 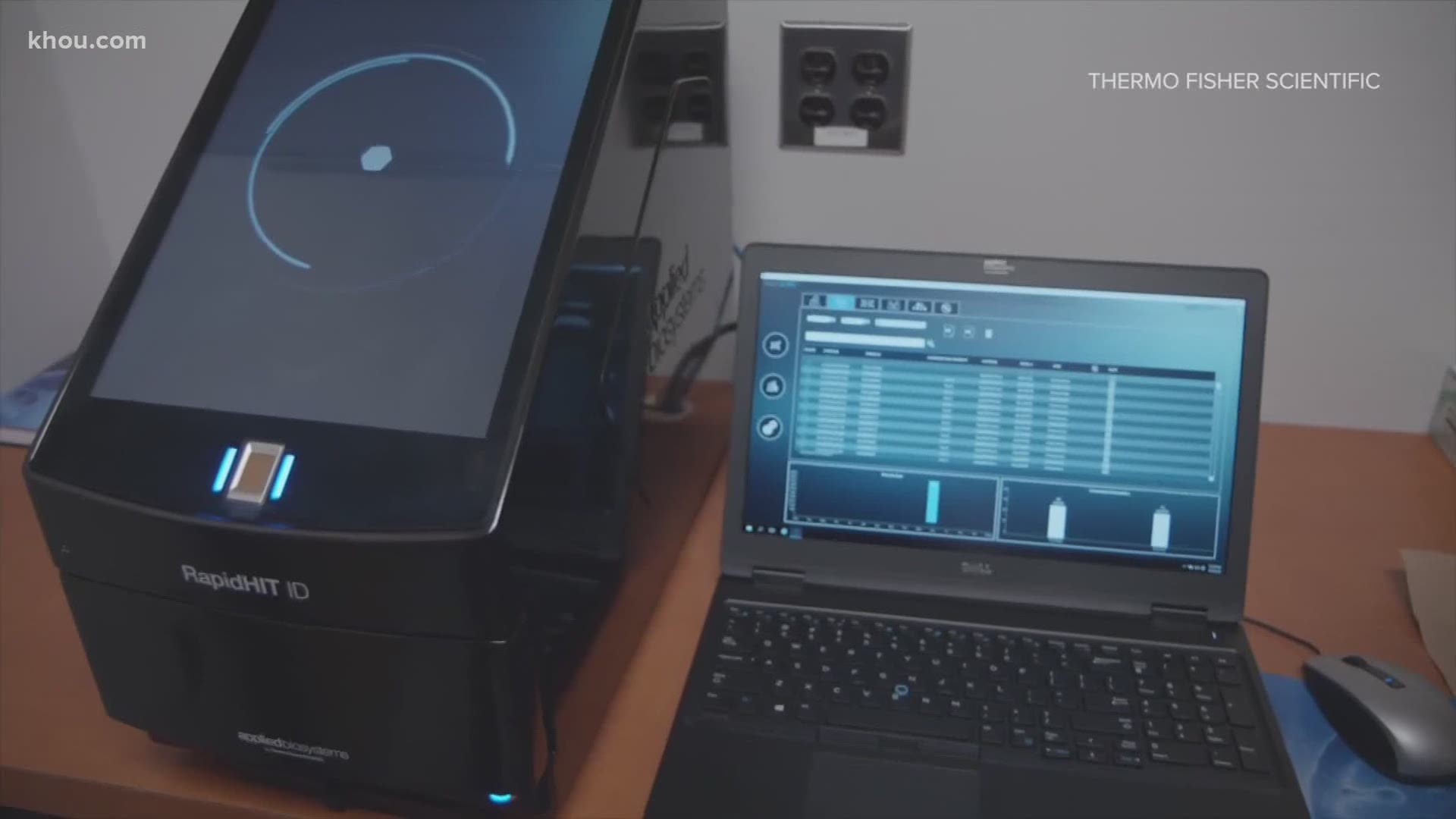 HOUSTON — Houston’s crime lab says it has new DNA technology to help solve cases faster in the new year and fight the rise in crime we saw during 2020.

“This has been a really rough year on us, particularly for our crime scene unit," said Dr. Peter Stout, President and CEO of Houston Forensic Science Center.

According to Houston Police, there have been 403 murders during the past year. Last year, there were 281. That's an increase of 43 percent.

Dr. Stout says they finally have a tool that will help them catch up. Its rapid DNA technology developed by a company called Thermo Fisher Scientific.

“If we’ve got an item that is high profile, time is very sensitive to get a result back for investigators, it gives us an option to turn that around faster than we would typically do through the lab," he said.

How fast? In as little as 90 minutes, DNA technicians can get a suspect’s profile to analyze. Normally the lab takes one to three days.

“The instruments consume what you put on them, so I can’t retest things," Dr. Stout said.

It works best for active cases where police need an answer fast. As opposed to cold cases where there may be several suspects and evidence is tested multiple times.

“We are all struggling for resources. Any place where we can find some kind of advantage to help stretch what resources we have as far as we can, we need to be taking advantage of that," he said.

There have been questions about how reliable rapid DNA evidence is. That’s why it’s not something that will be taken out of the lab to crime scenes. For now, only DNA technicians who’ve passed a state licensing exam will be able to use it.