“Elderly folks living in the area feel scared,” one resident said. “The kids can’t play outside.” 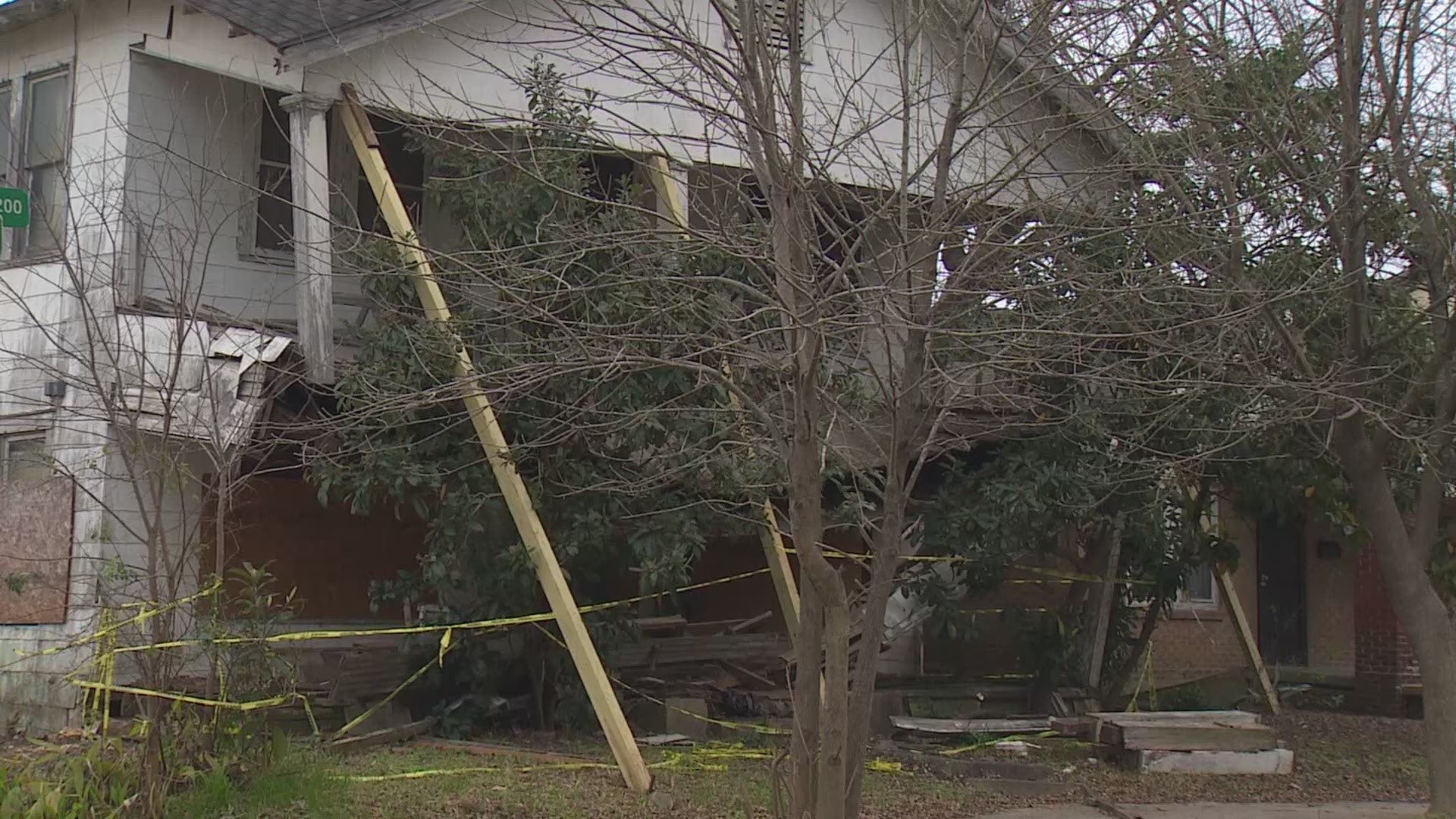 HOUSTON — It’s the kind of creepy, tumbledown house no one wants to live near: Partially collapsed; piles of junk; broken and boarded up windows.

Neighbors say about a dozen of them are living in the Second Ward house near the up-and-coming EaDo neighborhood.

The owner, Papadopoulos Vasilios, passed away in 2017 at the age of 78.

Vasilios, or “Mr. Bill,” as he was known, was a veteran who mostly kept to himself. He died alone inside his modest home in the 100 block of Milby a few days after Hurricane Harvey.

Mr. Bill owned an old barber shop next door and another home a block away in the 200 block of Everton. But with no known heirs, all three structures sat empty after his death.

It wasn’t long before neighbors noticed people going in and out of the house on Milby and removing items that belonged to Mr. Bill.

“It’s not your property, you’re stealing it,” a resident named David said he told them.

1 / 15
Mark Lawyer / KHOU 11 News
Neighbors say about a dozen squatters are living in this Second Ward house near the trendy EaDo neighborhood.

He said it was a large group of squatters who moved in and made themselves at home.

David, who didn’t want us to use his last name because of fear of retaliation, said police removed the squatters a few times but they always came back.

The group became more brazen and aggressive as time passed by, according to David and other nearby residents.

The City of Houston tried boarding up the windows.

“A U-Haul pulled up, (the squatters) took boards off the windows and started loading Mr. Bill’s furniture,” a woman named Marcie said.

She said the squatters often taunt residents and take video of them with their cell phones.

Marcie’s 87-year-old mother is afraid to leave her home.

“Other elderly folks living in the area feel scared,” Marcie said. “The kids can’t play outside.”

Even walking their dogs is no longer an option.

Marcie said they’ve called 911, 311, HPD and several City of Houston departments but they ran into a revolving door of red tape.

The police came out a couple of weeks ago and raided the smaller house on Milby. The squatters weren’t fazed. They just packed up their belongings and moved a block away to the house on Everton.

It’s in even worse shape.

“The front porch has collapsed. It’s not safe for anyone to be living there,” David said.

“They tell us they aren’t going anywhere,” Marcie said.

There has been progress, but it’s slow, the neighbors said.

The barber shop was torn down last summer as part of Mayor Sylvester Turner’s Demolition Initiative.

“Abandoned buildings degrade our neighborhoods, harbor vagrancy and crime and pose real safety concerns for residents,” Mayor Turner said on that steamy July day. "Ensuring our neighborhoods are safe and livable is a top priority.”

Residents are frustrated that the other two houses are still standing.

Evangeline Vigil with the city’s Department of Neighborhoods explained it’s a complex process that takes time but both houses are slated to be torn down.

Now that they are under standing orders to be demolished, the next step is a review of the structures by the city’s Demolition Assessment Panel. Once demolition orders are issued, the demolition will take place in approximately 60 days, according to Vigil.

“We just want to enjoy our community again,” she said.

For problems with squatters or other City of Houston issues, call 311. They will send your complaint to the appropriate department.