From sharing generators to cutting up fallen trees, neighbors are helping neighbors in the aftermath of Hurricane Nicholas. 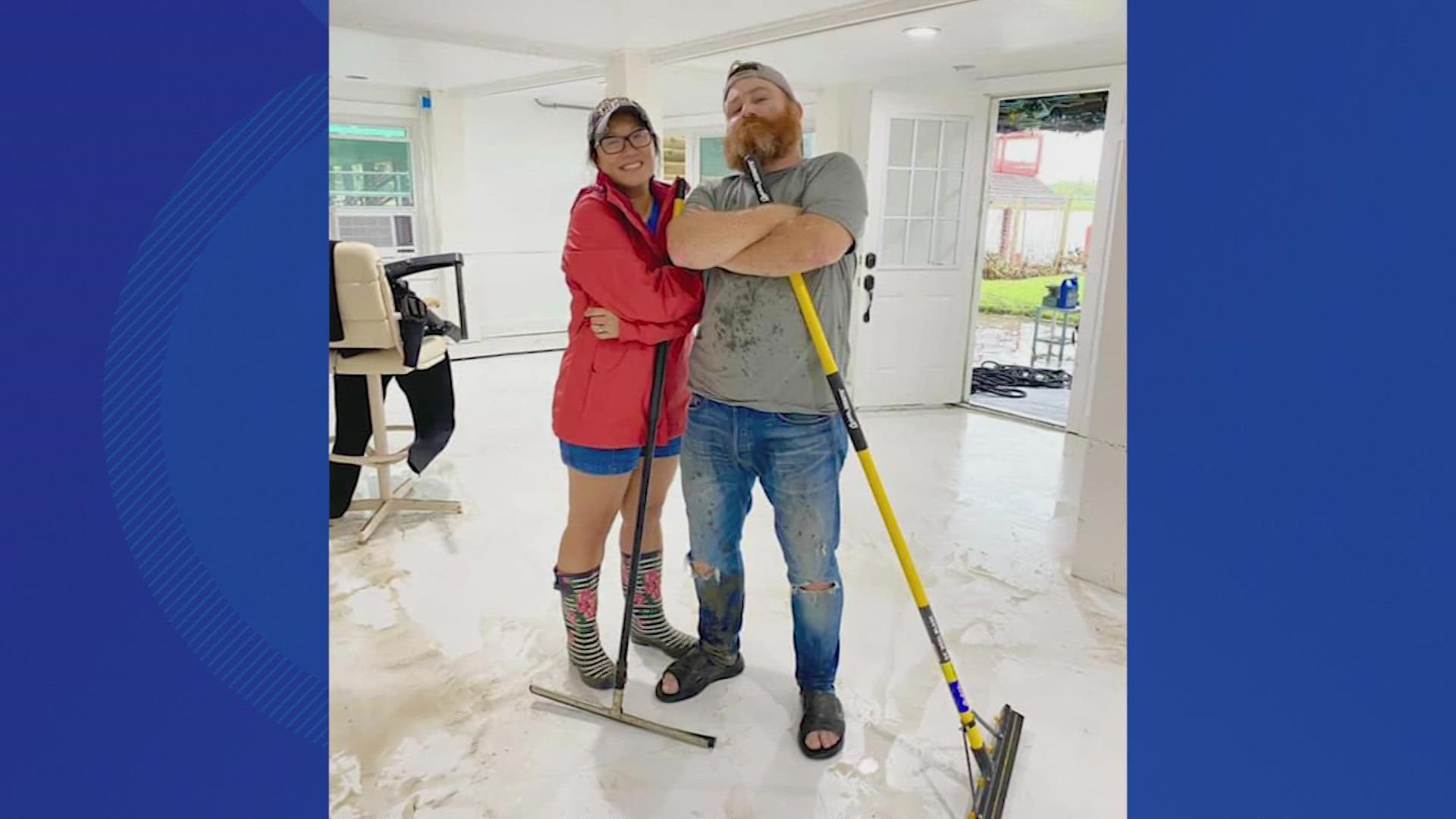 HOUSTON — In the wake of Hurricane Nicholas -- from Missouri City to all the way down to Dickinson -- the stories are much the same. Neighbors are springing to action when they see another in need.

RELATED: CenterPoint timeline: Which areas get power first and why?

As the night passed, their hearts sank.

“It was really scary and then, as we were watching it, the security cams cut off so we just had no idea," Thuy Thai said.

“You couldn’t tell where the bayou started and where it ended. It was still pretty scary," Judd Gottlieb said.

But, immediately, they got to work with an army of helpers at their back.

“People are offering to fly in to help us, and it's so sweet but we know everybody is dealing with their own mess right now," Thuy said.

Down in Friendswood, Jeffrey Klima posted on Facebook that he had two generators for anyone who needed it.

“I put out on several pages across Facebook, and a respondent said she had five kids, two of them have insulin. They had been without power since 4 a.m., and she was worried about the food going bad and was also worried about the insulin," Klima said.

The other lucky recipient was Bay Area Turning Point, a shelter for victims of domestic violence.

“Most of all, the generator lets us know that we have people in the community who care, and whenever we have a need, they will respond," Executive Director Brenda Sykes said.

Out west, in Missouri City, Sari Groen woke to find a tree down across her driveway, when she also found her neighbor, Derek and his son Leo were already chopping it to pieces.

“I heard a chainsaw," Groen said. “And I said, 'hi.' And he said, 'I'm your neighbor and I had a chainsaw. And I saw your driveway was blocked, and I wanted to help you out.'”

“And what did you tell me to get?" Derek asked Leo.

"The chainsaw. So I knew I was ready to work bright and early today. So about six trees later, we met some new neighbors," Derek said.

Hurricane or not, Leo said it’s just what you do.

“It just shows kindness to other people," Leo said.