Dozens of volunteers joined the search Wednesday for Ryder Cambron who was reported missing Tuesday. 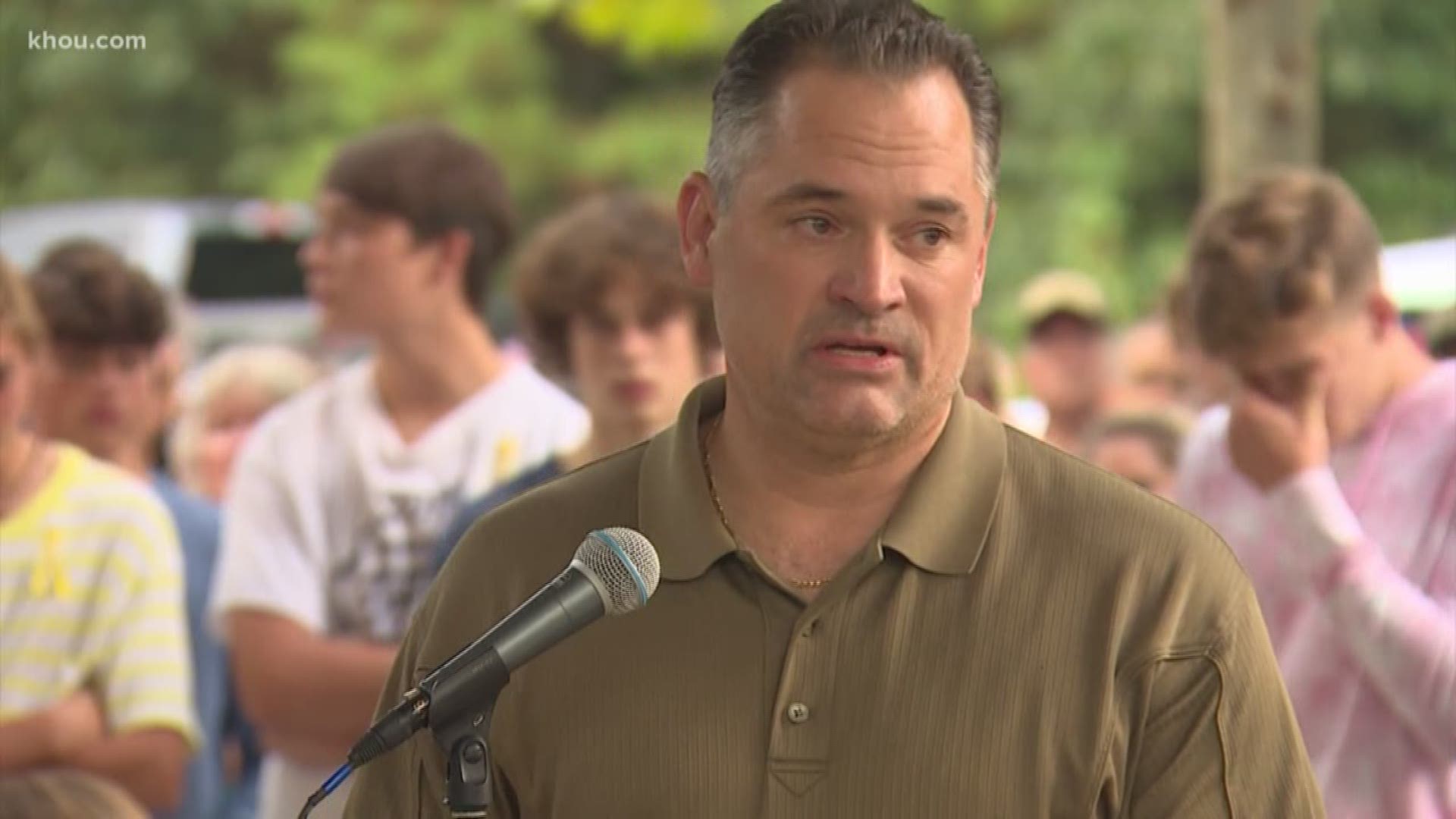 This is the statement the sheriff's office released late Wednesday:

Due to the diligence and hard work of Detectives with the Montgomery County Sheriff’s Office, we are pleased to report that Ryder Skye Cambron has been safely located in the area of 5080 Jackson Road, Montgomery, Texas.

As this investigation unfolded, we have learned that Ryder orchestrated her disappearance with a 17 year old male and left clues for her family to believe that she had been abducted. Ryder intentionally left the UTV and her cell phone at the park and left with the 17 year old male to a residence in Dobbin, Texas.

Ryder had been hiding at the residence in Dobbin with the 17 year old male and two other adult males for approximately 28 hours, and fled into nearby woods once she learned Detectives were possibly en route to her location. As Detectives prepared for tracking canines to search the wooded area where she had last been seen, an alert citizen observed a suspicious person hiding in the shadows on the railroad tracks nearby.

The citizen called the Montgomery County Sheriff’s Office and reported the suspicious person was wearing a camo hoodie and black shorts which is what Ryder was reportedly wearing when she went missing.

Thanks to the Department of Public Safety’s helicopter, Ryder was located after again leading police on a lengthy search, having traveled 4.4 miles from the area where she was observed by the concerned citizen. Ryder was released into the care of her concerned parents after MCTXSheriff’s Detectives interviewed her regarding this incident, and ensured that no harm had come to her during her absence from her home. This is still an active investigation as Detectives are looking into possible charges to anyone responsible for harboring a runaway.

County Search and Rescue, our media partners and the many concerned citizens in the area.

This is a developing story. Previous story follows.

MAGNOLIA, Texas -- Family, friends and strangers braved the rain and mud Wednesday to search for a Magnolia teen who vanished Tuesday night.

Law enforcement agencies used a helicopter in the air and bloodhounds on the ground to look for 15-year-old Ryder Cambron.

She was last seen just before 8 p.m. on a "Mule" style UTV. The UTV was located with her cell phone in a wooded area near a park overnight.

“Right now she’s being treated as a missing person. We have no other information that suggests she’s been kidnapped or that she has not ran away," said Lt. Scott Spencer with the Montgomery County Sheriff's Office. “We’re doing door-to-door canvasing looking for video surveillance and pulling that stuff in.”

“They’ve very grateful for the public’s support, for the media’s support as well," Spencer said. "They’ve seen the stories online and they’re very grateful. It’s just a lot for them to take in right now.”

The sheriff's office expanded the search for Ryder early Wednesday.

"Detectives are looking into all possible scenarios surrounding her disappearance," a Facebook post said. "We urge the public against plans of forming private search parties- as the inclement weather we are experiencing could pose a risk to untrained volunteers."

Ryder is described as a white female with brown hair and brown eyes. She is 5-foot-8 and weighs 110 pounds. Deputies are searching near 20550 Imperial Oak Drive, although the search zone has now expanded beyond this area.

Daniel Roland, a Magnolia resident, has been searching for Ryder since Tuesday night.

“I mean, we’re running everything. We’ve got maps, we’re trying to get flyers put out. We’re talking to gas stations, hotels. Anywhere that might have seen her, showing pictures. Blasting it all over social media. We want to make everyone aware as humanly possible.”

Hundreds of family members, friends and strangers showed up to a community park in the Indigo Lake Estates subdivision of Magnolia Wednesday night to search for the missing teen and to pray.

Volunteer search crews will continue looking for Ryder throughout the night.

David Scott is leading the civilian search on the ground.

He said search crews have gone to more than 700 homes gathering video from home surveillance cameras.

Scott said they have been able to use that compilation of video evidence to recreate the path the girl took when she went missing.

“My personal feelings are that she’s in trouble,” Scott said. “We need to get this out there. We need to reach out to human trafficking. We’ve reached out to people from different organizations, the more people we can get involved the better we are.”