Neighbors believe a pack of coyotes may be roaming their subdivision near Magnolia. 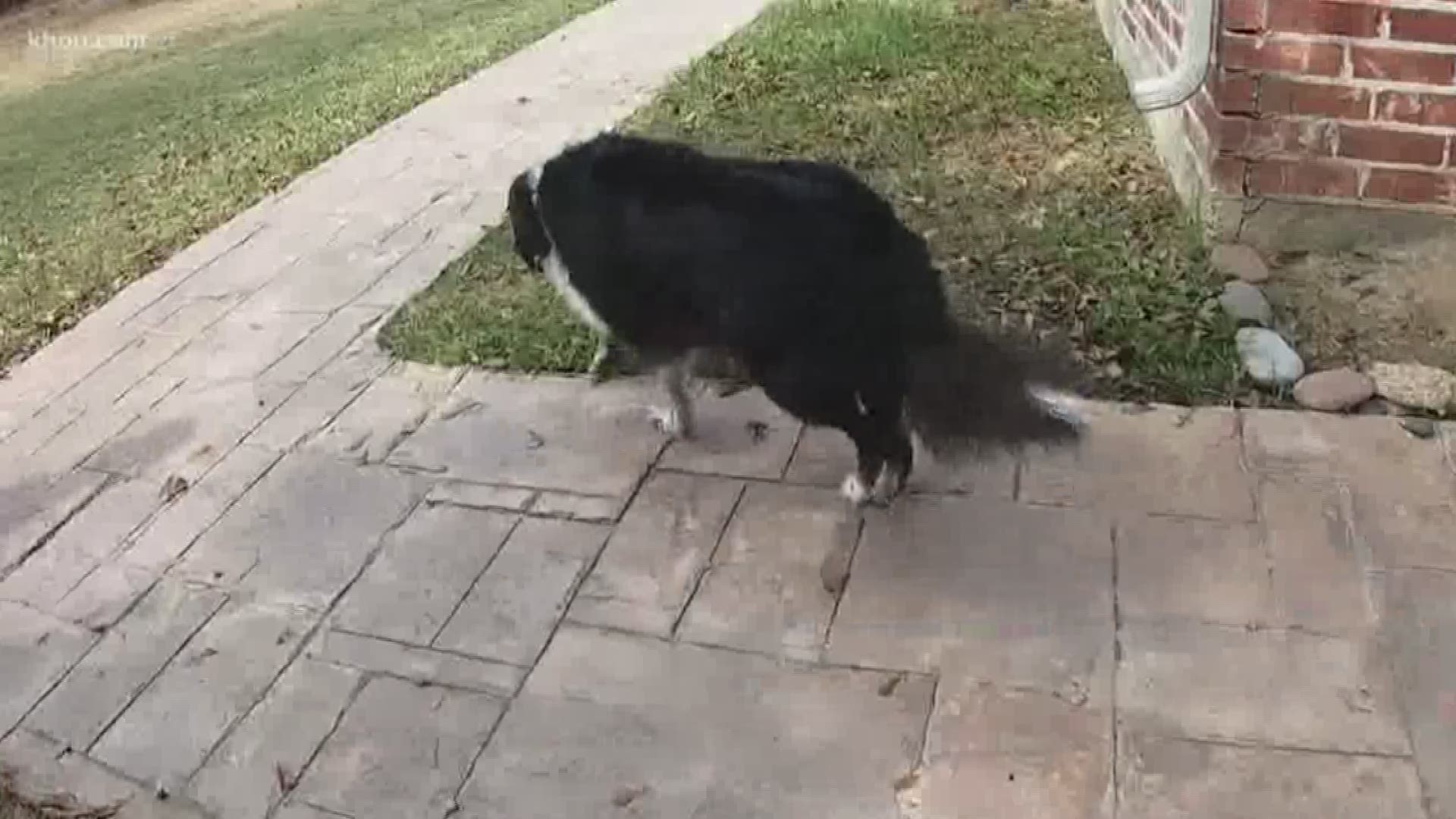 MAGNOLIA, Texas — A border collie named Tassa made it eight years without a scary wildlife encounter.

But her owners and their neighbors fear one last week behind their homes near Magnolia could have ended her life.

"And I know it’s coyotes for a fact,” said neighbor Michael Cobb.

Tassa is walking with a limp because of what they suspect was a coyote attack.

"In her back paw is where we found the blood coming from," said owner Corey Williams. "And I attribute that to, you know, probably to doing her best to fight off the coyotes.”

Cobb said he saw one of the animals after his own dog alerted him to what was happening.

"She pursued what I initially thought were deer," said Cobb. "Only to find out it was a pack of coyotes.”

A Nest camera caught Tassa jumping into a swimming pool after running beyond her own invisible fence barrier in order to get away. You can also see her get out of the pool before going up to someone’s back door.

"If you look closely at the pool video, I mean, it looks like there’s probably some eyes on the other side of the pool," said Williams. "And when she gets out, she keeps looking back over there.”

This is certainly not the first time we’ve reported on coyote encounters.

We've recently shown surveillance videos from Pearland, Fulshear, and even near The Heights.

According to experts, travelling in larger packs would be unusual for coyotes.

But Tassa’s owners and their neighbors hope cameras they’ve put up in the woods will catch them if they come back.

"Just watch your pets," said Cobb. "I think some of the smaller pets are vulnerable even though Tassa is bigger.”

Coyotes are generally fairly skittish. So, hopefully, any human encounters are brief.

Experts suggest not letting pets run loose and limit any food or garbage kept outside.