The corner lot at Montego Bay and Palm Harbour was John and Pamela Hall's dream home. That dream has now soured into a nightmare. 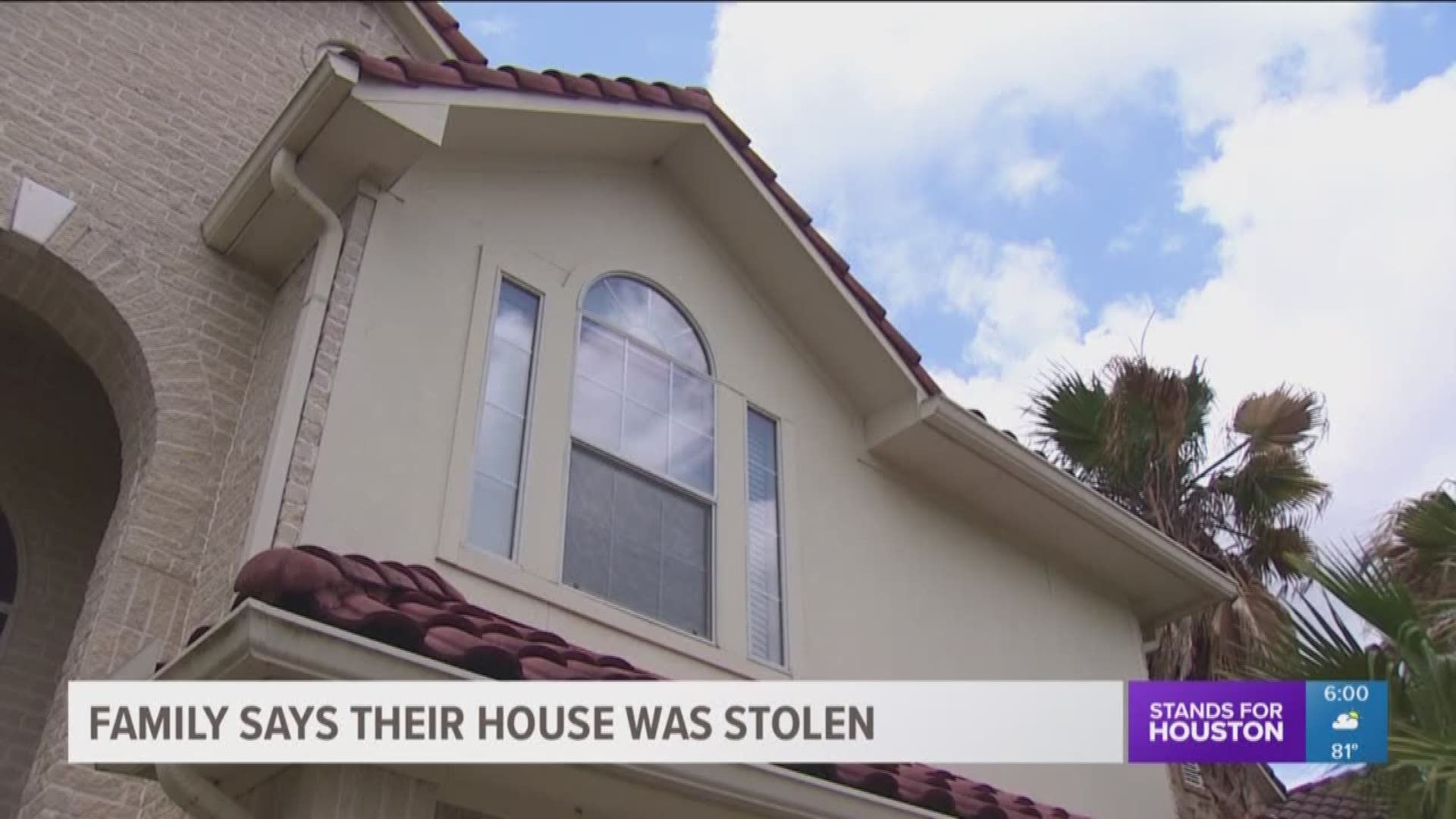 MISSOURI CITY – Missouri City police are investigating after a family claims they hired a realtor to sell their home, but instead she took ownership of it and started leasing it out.

The corner lot at Montego Bay and Palm Harbour was John and Pamela Hall's dream home. That dream has now soured into a nightmare.

"I've never heard of anything like this," said John Hall. "This is the craziest thing I've ever been associated with."

The family says it was approached by a woman claiming to be a real estate agent offering to help sell their home quickly.

"We both signed the form for her to be our realtor," said Pamela Hall.

A few days later, the Hall's got a call from someone interested in their waterfront home.

"She wanted to lease the home because it was on Craigslist," said Pamela. "I said ma'am my home is not on Craigslist. She said 'Yes, it is.'"

The home was listed on Craigslist, pictures included, leasing out the Hall's home, the house they were trying to sell.

"It's definitely a scam, I have no doubt about it," said Pamela. "We did not give our permission for our house to be leased."

When they looked a little closer, they discovered the woman they hired to sell the home, instead took ownership of it through an LLC.

"These people changed our deed," said Pamela. "They had got a power of attorney over our home, all the forms were notarized, but we've never been in front of a notary, never signed paperwork. Everything they've done was fraudulent."

KHOU 11 News looked up that supposed realtor's name with the Texas Real Estate Commission and no records were found.

The Halls have since hired Scheketta Lawson, a legitimate realtor, to help them sort through this mess.

"It's a big time scam," said Lawson. "She used different names. One name she gave my client and another name she uses on social media."

But this all gets worse because just two days ago when the Halls drove by to check on the home, they realized someone else was already moving in.

"There was someone going inside my home," said Pamela. "She got someone to lease my home and it wasn't her house to lease."

The new tenant had already paid this mystery realtor $5,000 to move in. Now the fake realtor is not answering anyone's calls.