Some bullets flew through a 10-year-old girl's bedroom. 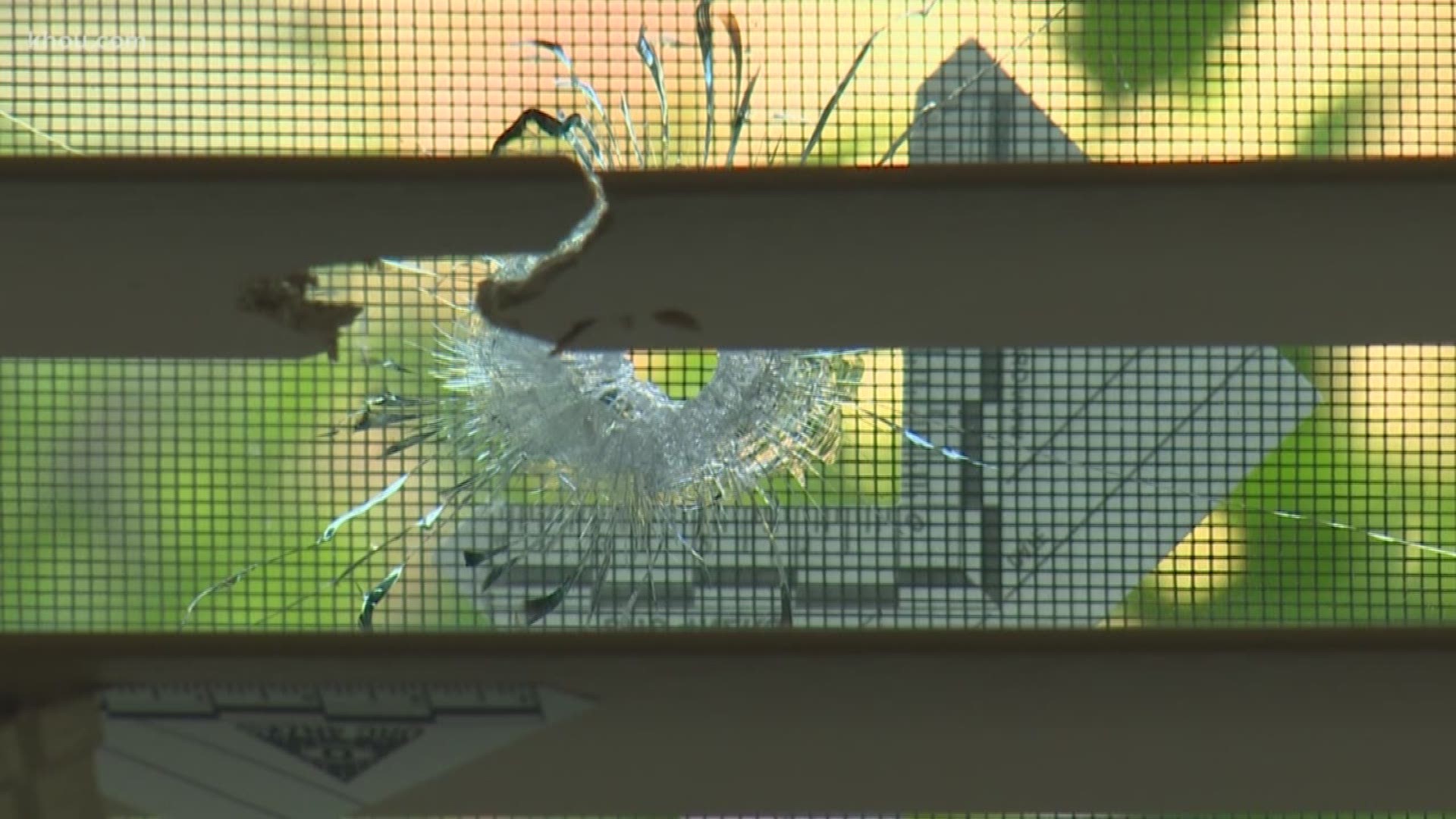 FORT BEND COUNTY, Texas — Someone fired gunshots into a 10-year-old girl’s bedroom near Richmond. The shooter sprayed the same house with at least 15 bullets.  The family of five, who recently moved in, cannot help but wonder if their religion made them targets.

Two-feet away from the bed Adil’s daughter slept in, bullets smashed walls, shattered windows and a living room display.  Three-centimeter holes, at least 15 of them, also pierced doors inside and out the house.  It happened around 1:30 am Friday.  The shooter even hit all four family cars.

A witness told KHOU 11 News someone in a Porsche SUV speed away after the shooting.  No other homes were damaged.

“Police said that (the shooter stood) on the street and they target(ed) the house,” Adil said.  “I just want to know what’s my fault?  What (did I do) wrong?  I mean, I respect everybody and I don’t know what happened.”

He and his wife are Muslim.  Both are from Pakistan but have lived in Texas for decades.  The own and run convenience stores in Lufkin.

When one of their daughters got a job in Houston over the summer, the family chose to rent a house in Fort Bend County.

“We just moved over here,” Adil said.  “I don’t know anybody.  So maybe it’s a hate crime or something like that.”

While detectives sift through evidence and try to identify suspects, the family targeted wants out of their lease and a new place to sleep without fear.

“Maybe (the shooter will) come again and something happens like that (again),” Sabanaqvi said.  “We are really scared, especially my daughter.”