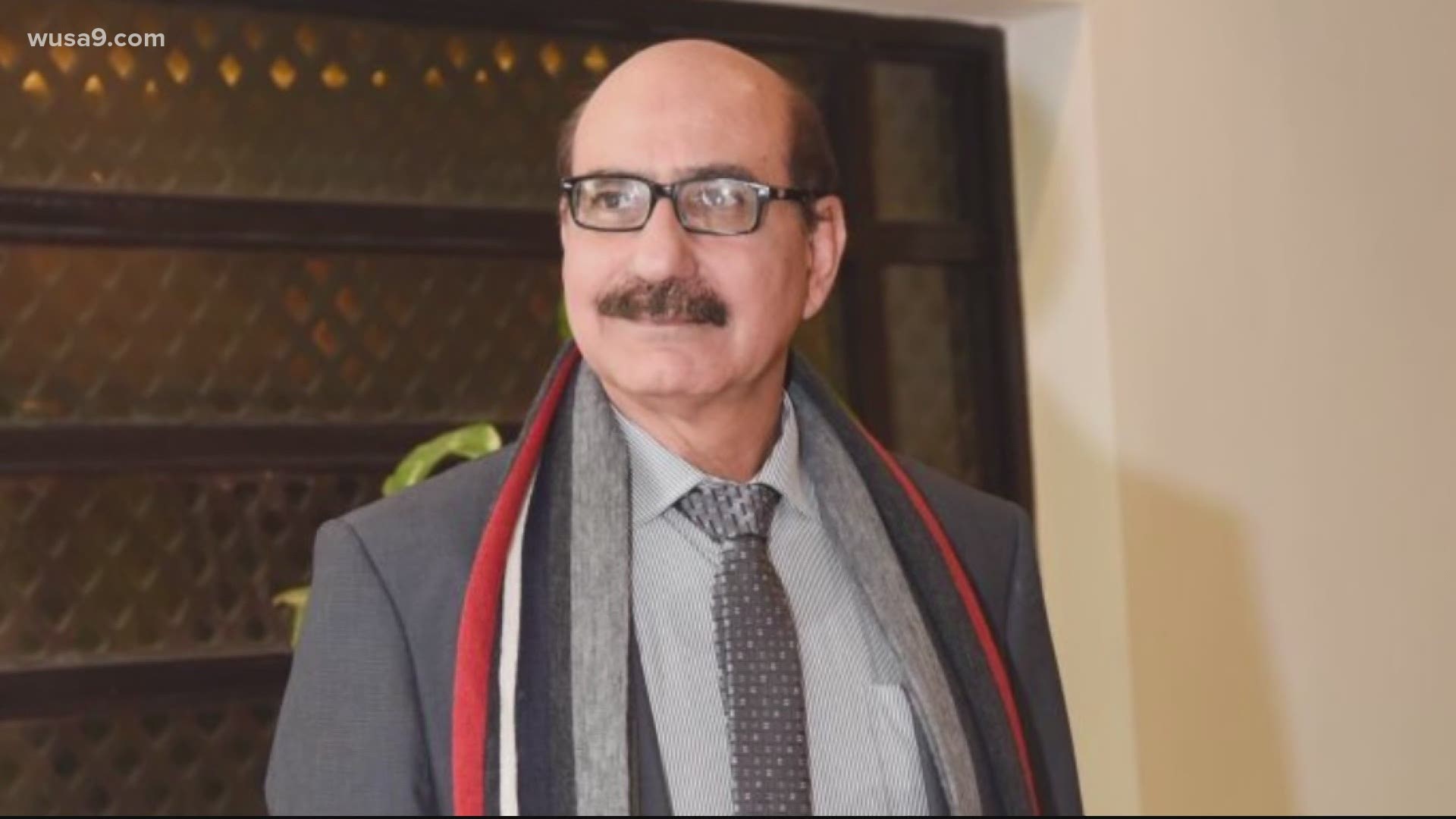 WASHINGTON — An organization is calling on D.C. law enforcement to investigate the  Navy Yard carjacking that left a 66-year-old Uber Eats driver dead as a hate crime.

Metropolitan Police Department's preliminary investigation found that a 13-year-old girl and a 15-year-old girl assaulted Anwar with a Taser while carjacking him, which resulted in a rollover crash..

They've been arrested and charged with felony murder and armed carjacking in connection to his death.

Anwar loved ones said he was the provider for his family. They say leaves behind a wife, three adult children, and four grandchildren.

RELATED: 'His death is immeasurable' | Family of a Pakistani immigrant mourns his death after he was killed in a Navy Yard carjacking

Now, the American Pakistani Public Affairs Committee is calling on MPD to investigate the death as a hate crime.

“The American Pakistani Public Affairs Committee expresses our deepest condolences and prayers to the family of Mohammad Anwar, a Pakistani American from Springfield, Virginia who was brutally attacked and killed yesterday in Washington DC. Mr. Anwar was a devoted father, husband, uncle, and grandfather who worked hard every day to provide a better life for his loved ones. His death is a devastating loss to his family and community and our hearts go out to all who are mourning his loss.

This unspeakable act is another tragic example of the hatred and violence that Muslim Americans regularly endure. We demand authorities investigate this incident as a hate crime and prosecute the alleged assailants to the fullest extent of the law.

As our nation reckons with rising incidents of hate and violence directed toward minority communities, APPAC stands in solidarity with all who fall victim to the senseless consequences of Islamophobia, racism, xenophobia, religious prejudice and oppression.”

The community is still in shock over Anwar's death. An online fundraiser created to help his family has already passed $137,000 and that amount continues to climb.