Employees who work for NASA and TSA rallied outside the Johnson Space Center on Tuesday in protest of the ongoing government shutdown. 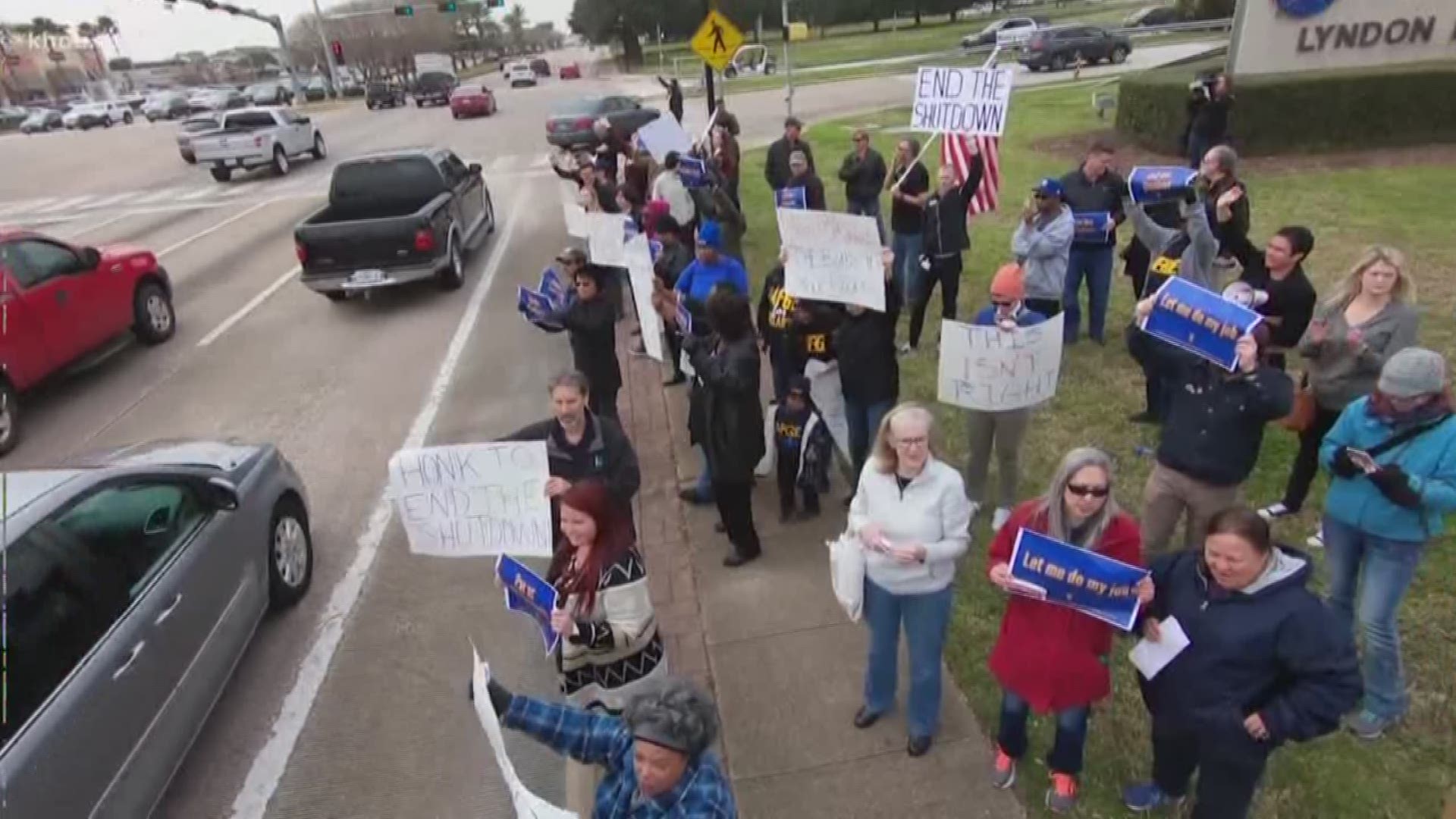 HOUSTON — It’s the longest government shutdown in American history and with no end in sight. While it drags on, thousands of furloughed federal workers are getting more worried by the day.

NASA employees are among them. They rallied along NASA Parkway outside the Johnson Space Center today, four days after employees missed their first paycheck. They were holding signs and demanding that the shutdown end.

Union leaders for NASA’s civil servants say most of their 3,000 employees are furloughed and struggling to stay financially afloat. Engineer Paramita Mitra is one of them.

“It’s devastating,” she tells KHOU 11. She says she moved for her dream job at NASA just one month ago.

“Moved from Mississippi and uprooted my entire life, so it’s been financially stressful,” she said.

It’s been more than three weeks since the furlough began for federal workers considered “non-essential.”

Clifford Buchanan is a furloughed Detention Center Officer in downtown Houston. He and other NASA employees joined the rally to show solidarity.

“Just this morning, I’m trying to figure out which bills to pay and which bills I can’t pay, and calling bill collectors every day, saying ‘Can you give me a break until we get paid?’” Buchanan says.

They hope the rally gets the attention of the two senators from Texas.

About 200 federal employees at the Johnson Space Center are considered “essential” workers.

Their primary role is to make sure the astronauts aboard the International Space Station stay safe. They’re on the job, but not getting paid.