Gene Kranz was presented with a City of Houston proclamation for his contributions to space exploration. 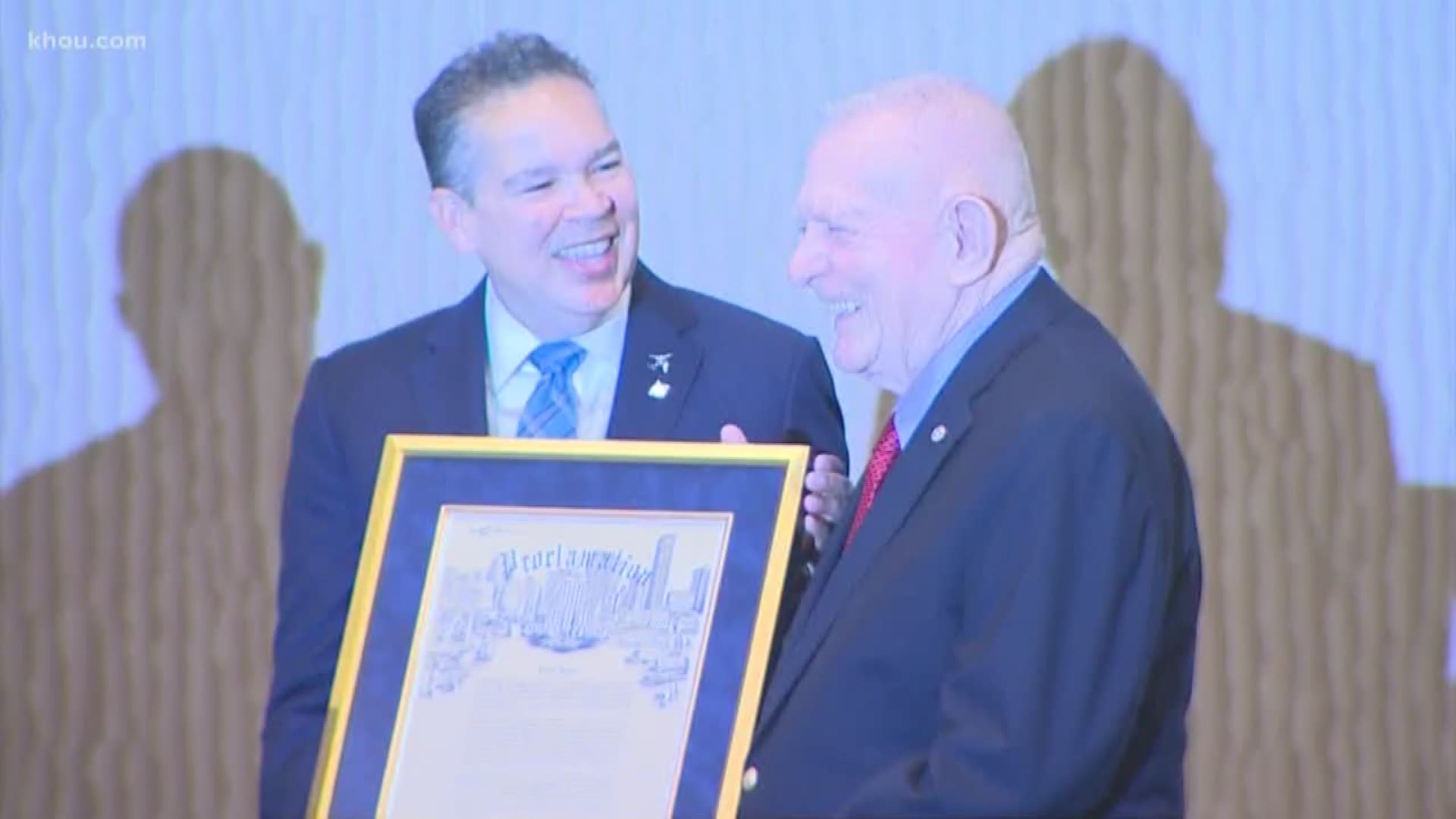 HOUSTON - Former NASA flight director Gene Kranz was honored Tuesday during Space Center Houston’s “To the Moon and Beyond” luncheon.

Kranz was presented with a City of Houston proclamation for his contributions to space exploration. Apollo flight directors Milton Windler and Gerry Griffin joined Kranz on stage in a reunion of the men who led the historic missions to the Moon.

The National Aerospace Hall of Fame member oversaw key moments of the Apollo missions. He served as flight director during the first lunar landing of Apollo 11 and during efforts to save the Apollo 13 crew. He became known for the phrase, “Failure is not an option.”