Facebook post claiming to picture hero sailor at Naval Air Station-Corpus Christi is fake. Here's what we do know about the hero.

The woman in the picture came forward to say she was not the hero at the gate. FBI officials have not released the identity of the sailor. 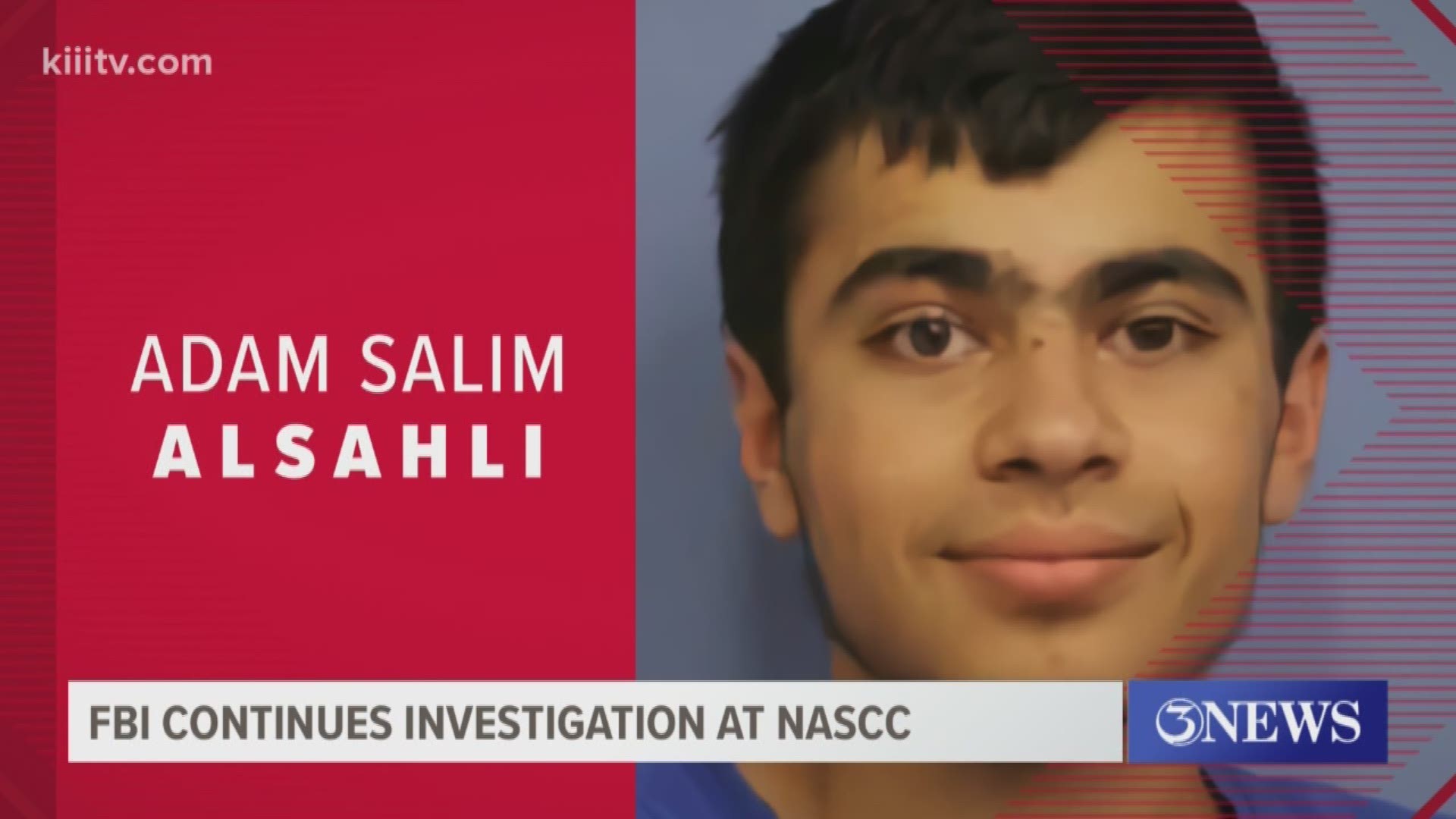 Day six of the terror attack investigation at NAS-CC has led the FBI to believe there is no second person of interest related to the incident. The FBI wants to assure the public that there is "no imminent threat" to the community at this time.

The FBI released a statement in part saying:

"So far, all evidence points to the shooting being a terror-related incident, and we are investigating it as such. Protecting the United States from terrorists remains a top priority for the FBI. However, we are committed to remaining agile in our approach to this investigation to ensure a thorough and definitive investigation of this shooting is completed."

20 year-old Adam Salim Alsahli was shot and killed by military personnel during the terror attack when he drew a handgun and began firing bullets at the North Gate. The FBI said the actions of Master-at-Arms Petty Officer 2nd Class and the Navy Security Forces stopped what could have been a much more deadly attack.

The FBI enters day five of their investigation into the terror attack at NAS-Corpus Christi that happened last Thursday. Officials said they still could use help from the public to better understand what happened at the North Gate.

Also, why did this happen? Well, we're all still working to figure that out. Here's what we do know.

Federal Agents said 20-year-old Adam Salim Alsahli drove up to the North Gate of NAS-CC, drew a handgun and fired at a military policewoman, striking her ballistic vest before he was killed by military police.

Shortly after the shooting, law enforcement combed through neighborhoods, asking neighbors about houses that were owned or rented by Alsahli or his family. Officials close to the investigation said Alsahli made social media posts expressing support for extremist groups like Al-Qaeda and the Jihadist ideology.

He was a local student, too. Del Mar College confirmed Alsahli studied business there from Fall 2018 to Fall 2019.

The actual Sailor from NAS-CC has not yet been named. The picture shared on social media of the hero, who first encountered the shooter, ended up being a fake. It was actually of a Navy K-9 handler and the picture was from 2015.

Commanding Officer Captain Christopher Jason of NAS-CC had this to say about the wounded military policewoman:

"[She] displayed tremendous courage and took immediate action under fire that allowed Navy security forces to respond quickly and effectively."