Woman drops lawsuit against Deshaun Watson; other names made public

Attorney Tony Buzbee has released the names of all but one of the remaining 21 women suing Watson on allegations ranging from exposure to sexual assault. 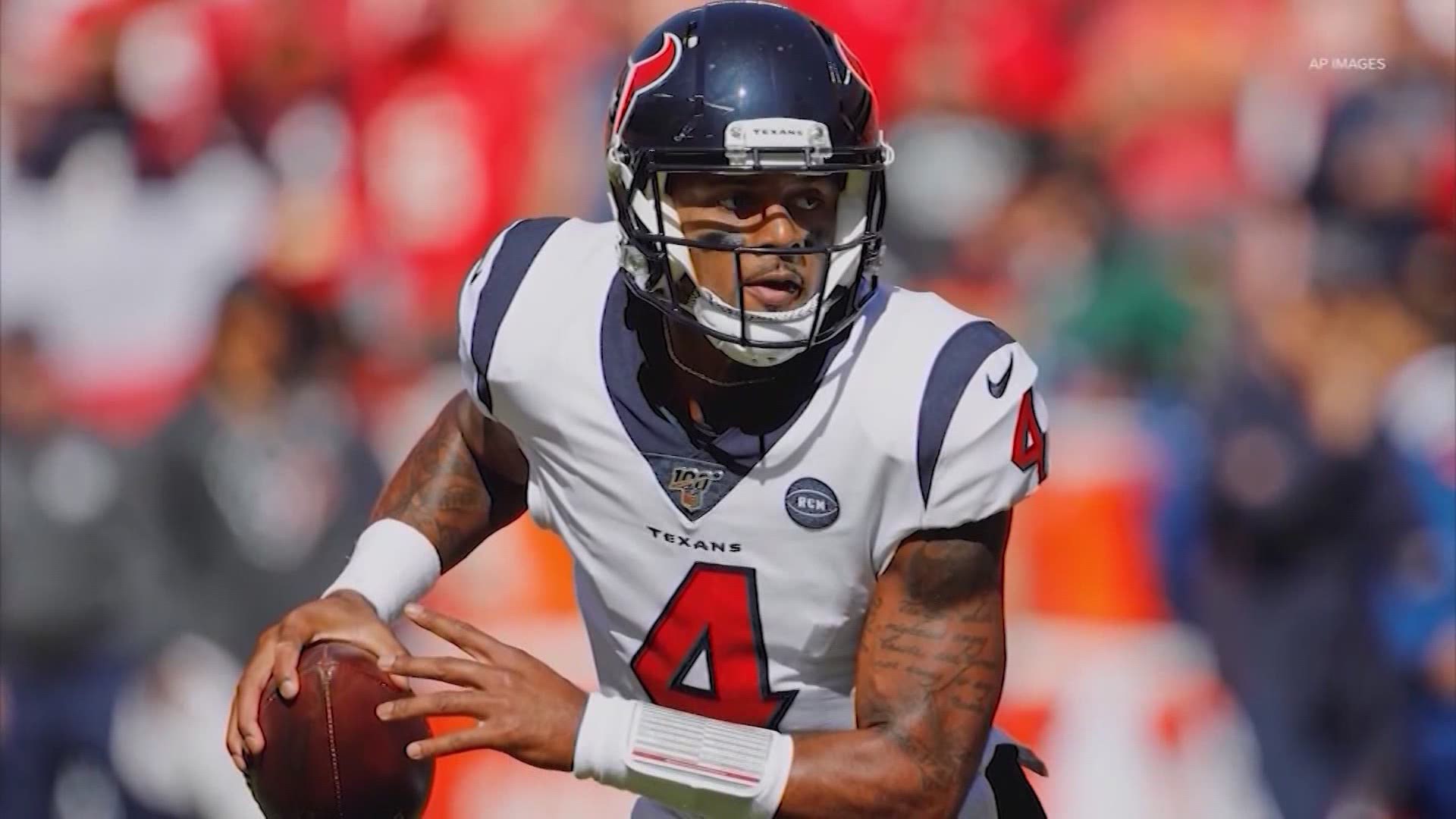 HOUSTON — One of the 22 women suing Deshaun Watson has dropped her lawsuit “for now," citing "privacy and security concerns."

Her name was about to be released by attorney Tony Buzbee under a judge's order.

Buzbee has refiled all but one of the 21 remaining lawsuits against Watson to include the accusers’ names.

"How in the world are we supposed to respond if we don’t know the names of the people?" Hardin said. "We’re not supposed to have to guess who is accusing us of doing something wrong."

Buzbee said releasing the names could threaten the safety of the women and said Ashley Solis, who went public last week, had received death threats.

“It appears the Watson team thinks that if these courageous women are forced to identify themselves, they would slink away and not pursue this matter. Watson and his counsel badly miscalculated,” Buzbee said in a statement Tuesday evening. “Due to the bravery of Ashley Solis to come forward publicly, and despite the death threats she has experienced, these women are now emboldened.

KHOU11 is not releasing the names of the women who didn't choose to go public.

Hardin also said Friday there were sexual encounters involving Watson and some massage therapists, but they were all "consensual."

Buzbee responded to the consensual claim on Tuesday.

“With regard to the new defense of “consent” that was proffered at the Friday Watson team press conference, we must say: Mr. Watson may now claim he had consent to do what he did to these victims, but let’s be clear--in their minds he didn’t have consent, PERIOD,” Buzbee said.

HPD and the NFL are investigating the allegations against Watson. No criminal charges have been filed.