The love story of Mr. and Mrs. Bones has captured the hearts and laughs of Kelly Menning's neighbors. You'll never know what happens to the lovely couple next. 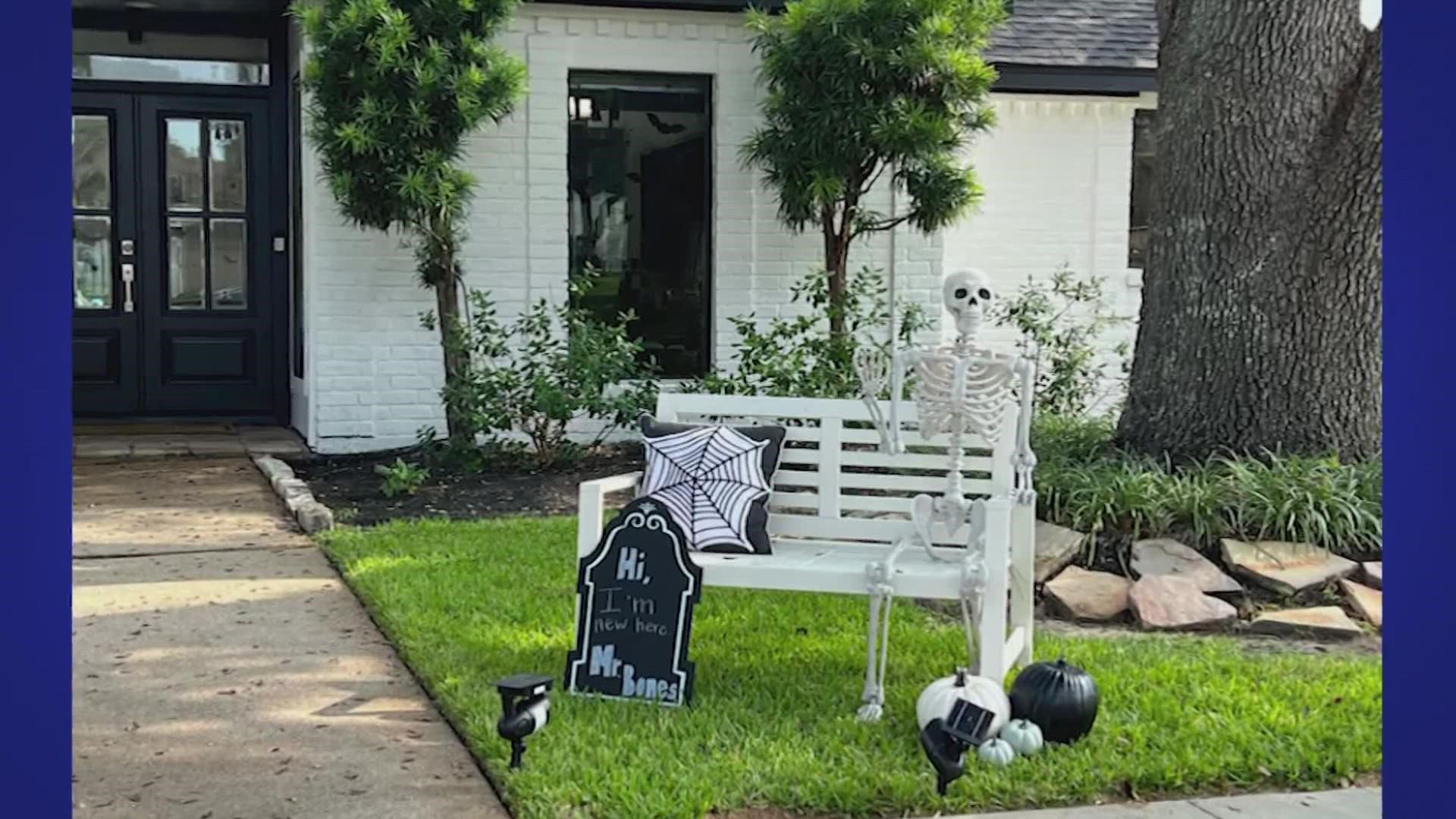 PEARLAND, Texas — A Halloween display in Pearland is capturing quite the crowd, not just because it’s so elaborate, but it’s got an evolving storyline that’s changing every single day.

Halloween at the Menning Home isn’t always this 'humerus,' but this year, they’re knocking ‘em dead.

“These are the weird things I do," Kelly Menning said. "Some people think I’m crazy for doing this.”

Mastermind Kelly Menning has, clearly, quite the funny bone.

“A lot of it was I just wanted to bring some joy and happiness to everyone," Menning said. “It’s like a developing story of what’s going to happen with Mr. and Mrs. Bones.”

And who doesn’t love a good love story?

“They’ve done so many activities, that I forget what they do," Menning said.

Mr. and Mrs. Bones have had a whirlwind of a relationship.

“Their relationship is going a little quick," Menning said.

Credit: Kelly Menning
A Halloween display in Pearland is quite humerus and it's tickling the funny bones of neighbors as it changes each day with the love story of Mr. and Mrs. Bones.

They lived next door for some time.

“My neighbors are very much a part of it though," Menning said.

But ‘Mr. Bones’ and ‘Miss Stella Tahn’ only met a few weeks ago.

“She was doing selfies, and he was online dating," Menning said.

They’ve since been on dates, he proposed, had bachelor and bachelorette parties, got married and honeymooned in Mexico. And Wednesday, the couple announced they were pregnant.

“We don’t really know how pregnant she is right now," Menning said.

EDITOR'S NOTE: They had twins!! Watch YouTube video below.

“Dad's gonna have to rub her feet sometime because she’s pregnant," Menning said.

And soon – like really soon – Baby Bones will be born?

Adding a little humor to Halloween.

“Everybody in the neighborhood loves it," Menning said.

But don’t say 'bone voyage' to the Bone’s just yet. Their future is bright and full of life, however dead they may be.

1 / 11
Kelly Menning
A Halloween display in Pearland is quite humerus and it's tickling the funny bones of neighbors as it changes each day with the love story of Mr. and Mrs. Bones.

The display is on Dublin Circle in Green Tee Terrace 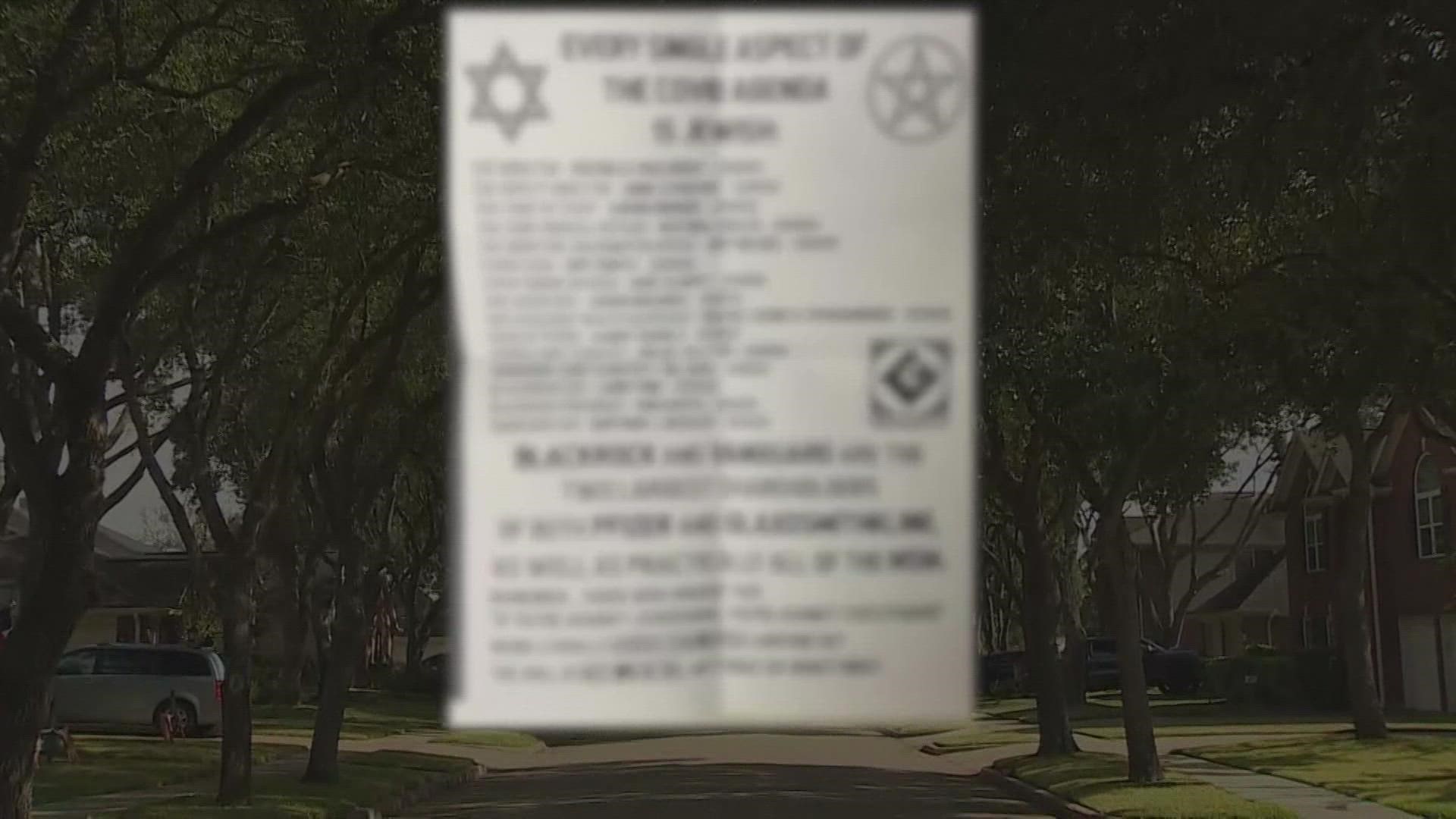