'Move us out or buy us out' | Alarming study finds cancer cluster involving children in Fifth Ward, Kashmere Gardens 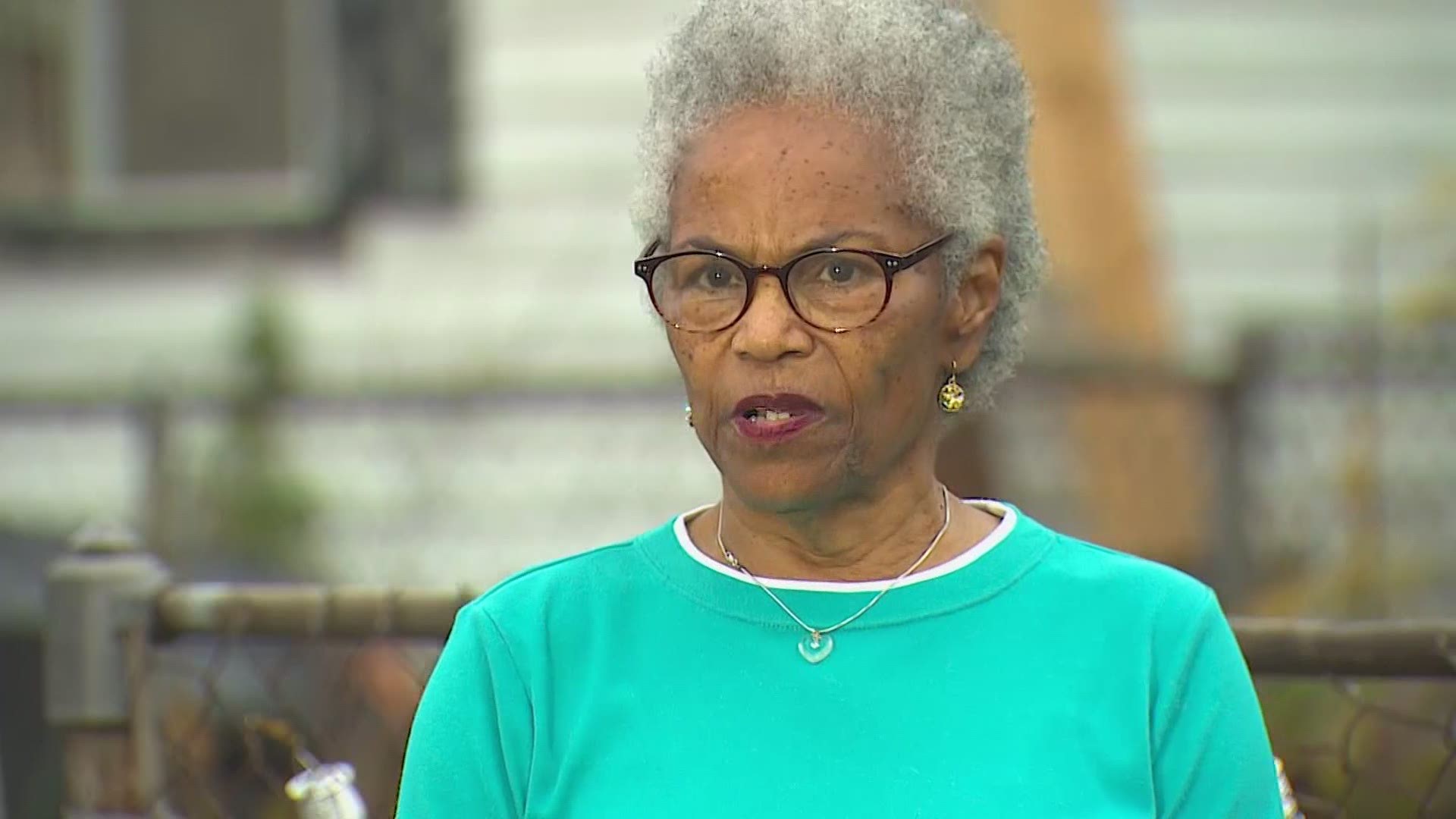 HOUSTON — Plummeting property values and excessive cancer rates: Folks who live off Liberty Road in the Fifth Ward/Kashmere Gardens area blame both on what the railroad left behind.

"Something is definitely going on,” said longtime resident Barbara Beal.

Beal is a lung cancer survivor herself and said her dad died from the disease.

"The man who used to live next door and worked across the street, he died from lung cancer," Beal said.

The city’s first "cancer cluster" was identified in the area in late 2019 with greater-than-expected incidences of adult cancers of the lung, esophagus, and throat.

“Move us out or buy us out.” Another cancer cluster discovered in a NE Houston neighborhood has residents even more upset over this old railroad creosote site ⬇️. This time data shows alarming leukemia rates among children. New info + railroad response: @KHOU at 6:00 #khou11 pic.twitter.com/B39WkIUwcs

All were tied to where a company later acquired by Union Pacific treated wood with the chemical mixture known as creosote for decades.

"Very sadly, what they found was that census tracts around the site had elevated levels of leukemia in children,” said Loren Hopkins with Houston Health Department.

It’s said to be five times the normal rate in one particular area within sight of the railroad.

"It makes me angry really, because this is involving the babies,” Beal said.

Union Pacific admitted to KHOU 11 that solid creosote may contaminate some ground water up to 66 stories below the soil and has warned residents about digging wells.

But the railroad said decades of testing show no exposure pathway from the creosote site to any resident.

“We sympathize with families who have loved ones undergoing medical treatment," said Union Pacific in a statement. "Union Pacific continues to follow the science as we evaluate the updated assessments.”

Beal and many others would like some sort of buffer from the site, if nothing else, and applaud the city’s recent calls for action.

"I do feel hopefully that something’s going to happen positive,” Beal said.

"We sympathize with families who have loved ones undergoing medical treatment. Union Pacific continues to follow the science as we evaluate the updated assessments. At this point, decades of testing show no exposure pathway from Union Pacific’s site to any resident. We’ve consistently met with many stakeholders and are planning meetings with more in the future."