KHOU requested a copy of the mounted patrol policy after a picture surfaced of a handcuffed Donald Neely being led by a rope. Turns out there was no written policy. 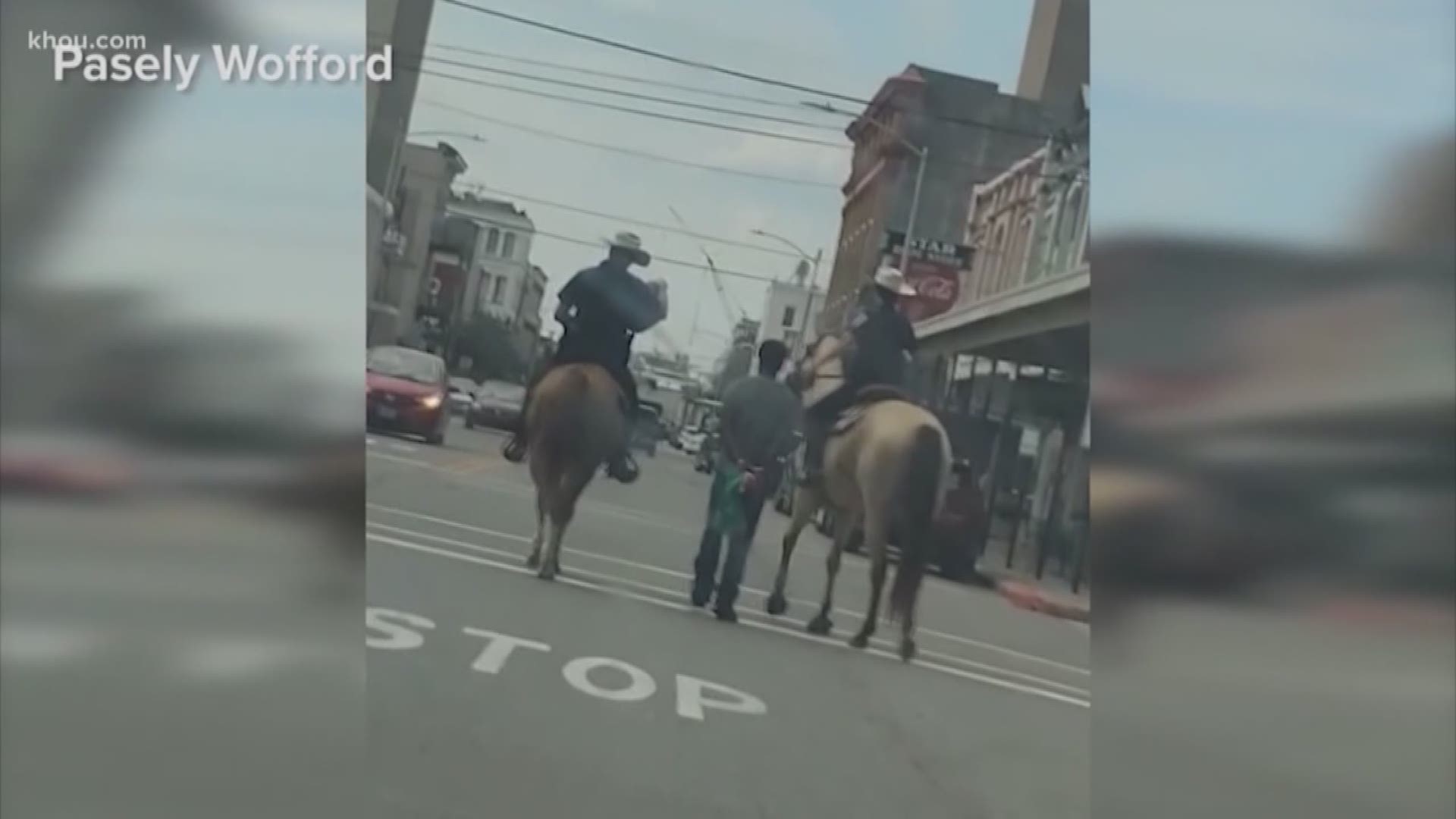 GALVESTON, Texas — The Galveston mounted police officers involved in the controversial arrest of Donald Neely learned the rope technique used on him during 40 hours of training, according to a city spokeswoman.

She told KHOU 11 News the officers were operating without any written guidelines because there was no policy on the books.

Hale told angry residents at a town hall meeting that he would review the department’s policy.

KHOU requested a copy of the policy from the department after the picture surfaced showing a handcuffed Neely being led by a rope.

The spokeswoman told KHOU Tuesday the policy was still being drafted because the mounted patrol was recently expanded.

KHOU also requested the body cam footage of the arrest. City leaders are asking the Texas attorney general to deny our request until the investigation is over.

The mounted patrol unit was benched after the Aug. 3 arrest and will stay that way until a standard operating procedure is in place, according to a directive from the chief.

The Texas Rangers announced Friday there will be no criminal investigation into Neely’s arrest, which sparked outrage across the country.

The Galveston District Attorney’s Office said last week it is working with Neely’s defense attorneys on an agreement that he get mental health treatment rather than paying a fine or serving jail time for a criminal trespassing charge.