Motorcyclist dragged for half a mile by hit-and-run driver after crashing bike on East Freeway, police say

Houston firefighters and police responded to a burning motorcycle late Wednesday along the East Freeway near McCarty Drive. 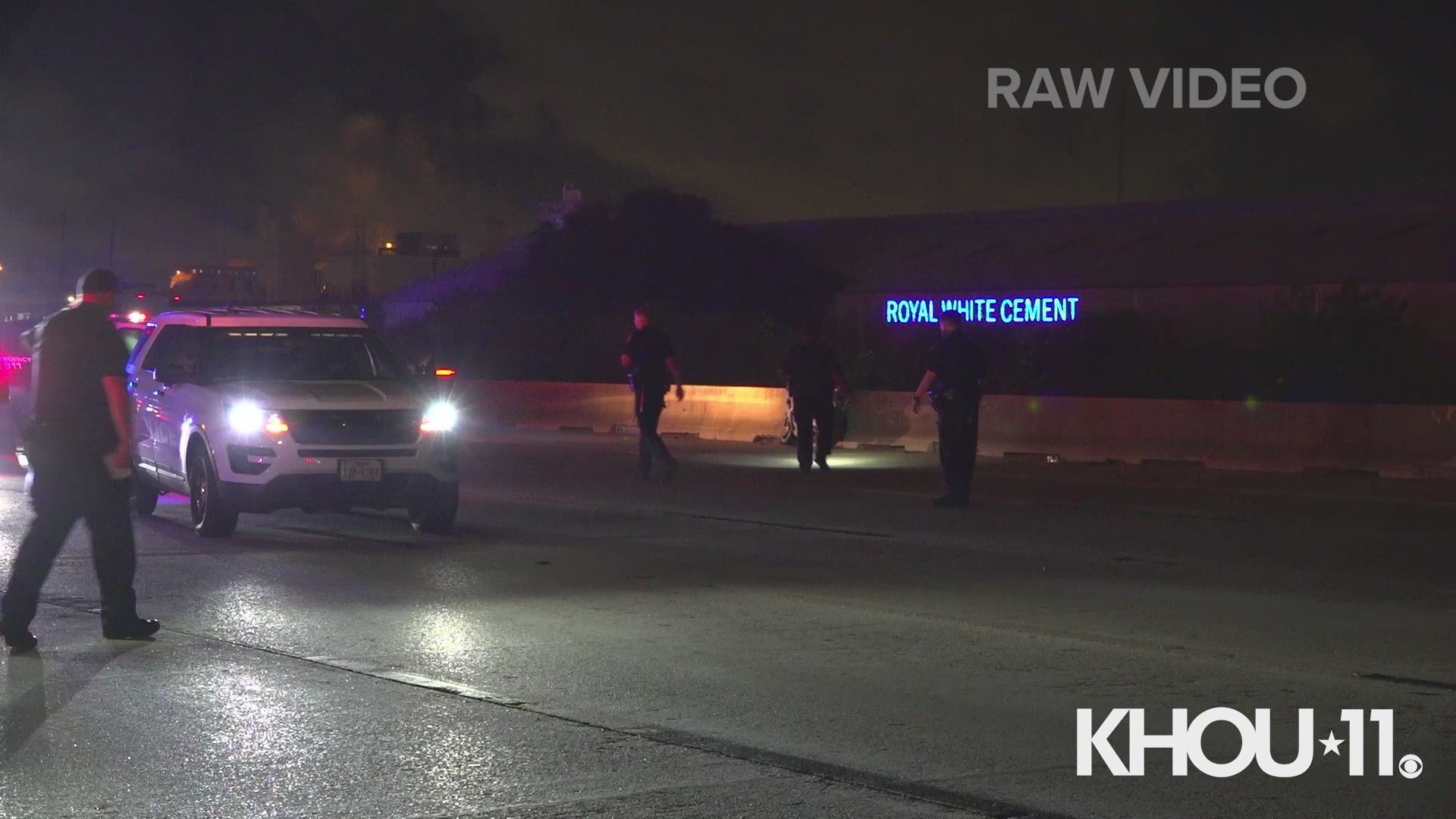 HOUSTON — A motorcyclist is expected to survive being dragged for half a mile by a hit-and-run driver late Tuesday after crashing his bike along the East Freeway, the Houston Police Department said.

Houston firefighters and police responded to a burning motorcycle in the 8000 block of the East Freeway outbound near McCarty Drive following the incident at 10:15 p.m.

Investigators said the fire crew quickly put out the fire while police searched for the missing rider, who was eventually found further down the freeway.

The rider was taken to the hospital and is expected to make a full recovery, according to officers.

The victim was reportedly riding with a group when he decided to go ahead. Police said the rider accelerated and lost control of the bike, crashing into a vehicle driving along the freeway.

While he was on the ground, that's when he was struck and dragged by an unidentified white Chevy pickup truck, police said.

HPD is still searching for the truck and its driver.

If you have any information related to the incident, please call Crime Stoppers of Houston at 713-222-TIPS (8477).