“That mother thing kicked in again," Amira Carson said. "I just felt as if he was trying to tell us we need to do something now." 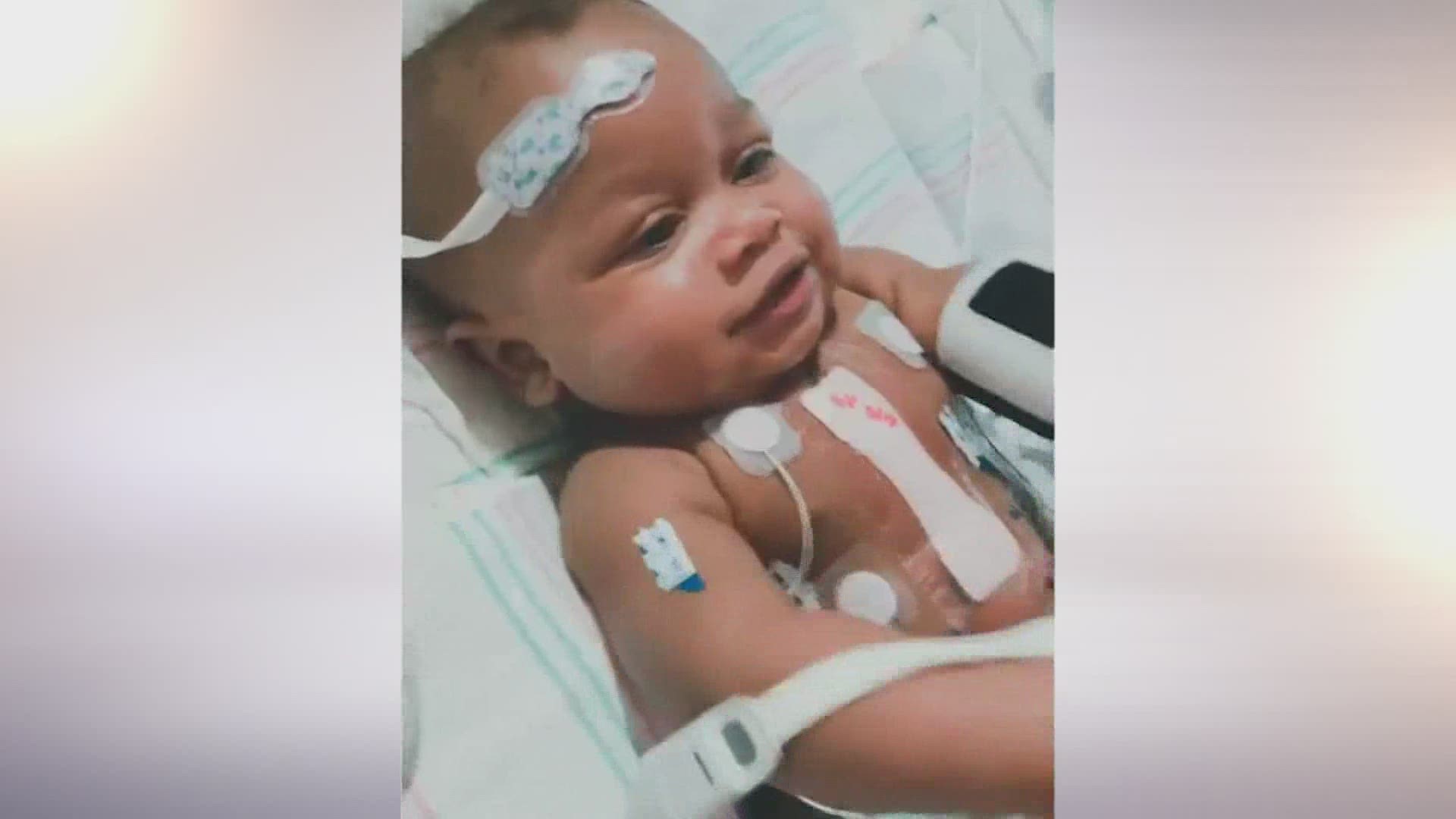 HOUSTON — A Mississippi mother's decision to act on instinct and come to Houston may have saved the life of her newborn child.

Imani Carey was two weeks old when his mother, Amira Carson, noticed he was having trouble breathing. She tried to schedule an appointment with his pediatrician, but they were not available soon enough.

So, she did what any concerned parent would do: she got in the car and drove him to the emergency room. Once there, doctors said Imani was fine and were going to send the family home when they were alerted to the baby's heart monitor.

Doctors called in a cardiologist who figured out Imani had a rare heart defect, Congenitally Corrected Transposition of the Great Arteries, or CCTGA.

Imani would need a specialist, and his mother's nationwide search for help led the family to Children's Memorial Hermann Hospital.

Less than 1 percent of all babies born with heart defects have CCTGA in the United States, according to the Adult Congenital Heart Association.

According to the organization, while some people with CCTGA live with little to no symptoms, in some cases, suffers died in infancy or develop worsening problems over time. This most commonly includes heart failure, heart value and heart rhythm issues.

Carson wouldn't let anything stop her from getting Imani help.

“That mother thing kicked in again," she said. "I just felt as if he was trying to tell us we need to do something now."

The mother called a friend and said they were going to get an Airbnb in Houston, where they would wait for Imani's surgery date.

"That was just something I was willing to do, she said. "When we got there, I was like, 'I can’t wait.' I showed up at the ER and said can someone look at my baby? I’m really concerned,” she said.

Dr. Salazar said Imani was incredibly sick when he arrived; his heart was failing. Imani got his first surgery last August, and then his second one in February.

“If there’s one thing I know from my life, it’s Mama is always right. My mama, my wife and Imani’s mama. Mama’s instincts are always right, and she knew that something was wrong with her baby,” Dr. Salazar said. “I really respect the fact that she spoke up and acted on faith to save her baby. She knew what she wanted.”

At 10 months old, Imani now has a normal heart and a normal life, according to Dr. Salazar.

“It’s amazing. I’m grateful. I’m emotional," his mom said. "I go through all these different things, because every obstacle we’ve had to go through, we went through it together. We pushed through it and didn’t let anything stop us."