Video circulating on social media shows the teacher grabbing the student’s arm, then she turns over chairs and tables and tells him to pick them up. 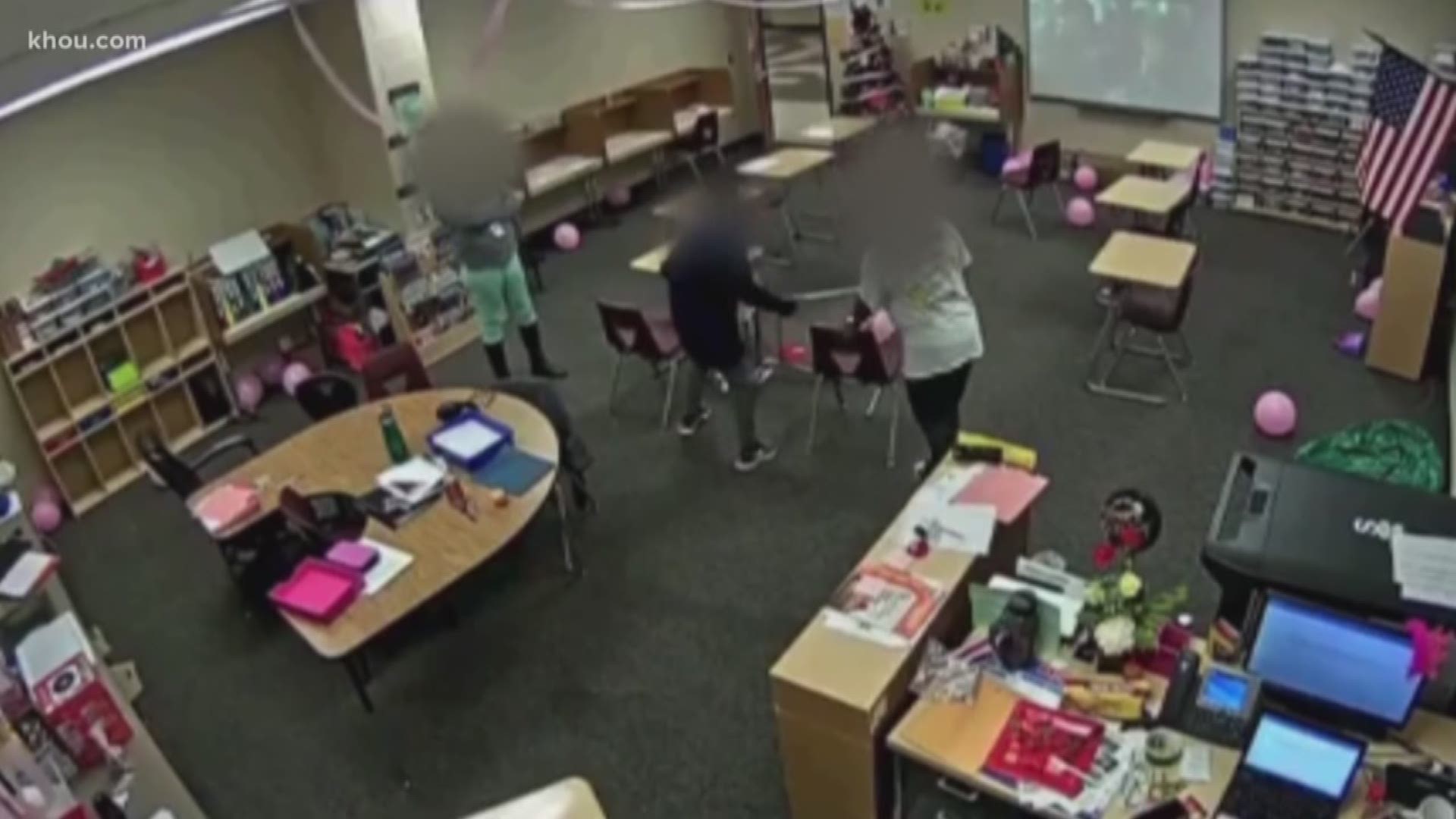 FORT BEND, Texas — In light of a video being shared this week all over social media, a Fort Bend County mother, her attorney and a number of supporters gathered outside the Lamar Consolidated Independent School District administration building to call for changes and improvements in the way special-needs students are treated in the classroom.

"This past year has been hell," says the mother who only wants to be identified by her first name April.

Her son is the student in the videos.

She talks about the pain she says she still feels today over the way her son with special needs was treated at George Ranch High School in 2018.

"The videos that have been released are heartbreaking to say the least, because they're now out in the public, I have to review and relive the moments which have been devastating," says April.

She requested the video from the school district after her attorney says someone at the school told her what her son was experiencing in the classroom.

Video shows the teacher grabbing the student’s arm, then she turns over chairs and tables and tells him to pick them up.

“He has a very limited vocabulary, and he communicates at a 2 to 3 year old level,” says April. “Because of this we will never know the effect of what he experienced at the hands of this teacher."

"This is a statewide and even nationwide issue all school districts need to get into compliance with their special education departments,” says April.

Other supporters and parents of children with special needs who were there this morning also want the state of Texas to spend more on special education.

The teacher caught on camera no longer works for the Lamar Consolidated Independent School District. A spokesperson for the district says she was reported to police and is being investigated by the Texas Education Agency.

“The teacher’s behavior was intended to correct a problem, but it has been taken out of context and sensationalized.”

We are not using the teacher’s name because she has not been charged with a crime.