Mosquito season may get worse in coming days with rain

Weeks of downpours have created the perfect breeding grounds for one of the worst mosquito seasons in years, according to mosquito control officials. 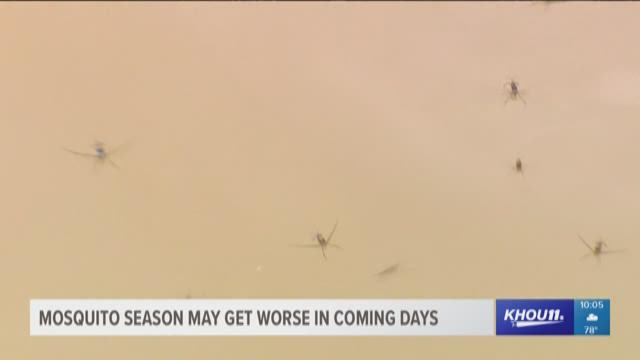 Weeks of downpours have created the perfect breeding grounds for one of the worst mosquito seasons in years, according to mosquito control officials.

Radar imagery suggests the rainfall will only get worse as outer bands of a disturbance make their way to Southeast Texas.

The question now isn’t if mosquitoes will find you, it’s when. As to where, there’s some debate, but not if you ask residents of Pearland.

“I wish something can be done about it, because sometimes I don’t like coming outside,” James Wallace, Pearland resident, said.

Wallace has found that few things work to keep the mosquitoes off, but he’s hoping extra spraying around his neighborhood will do the trick.

Brazoria County is working to spray weather permitting and offers a link to where you can request additional spraying.

Officials say there is plenty of urgency to spray before the rain arrives.

As you know by now, mosquitos will find any water they can to multiply and more often than not, that’s your backyard.

No matter where you are, take a second and think, what could collect water around you. Then clear any standing water.