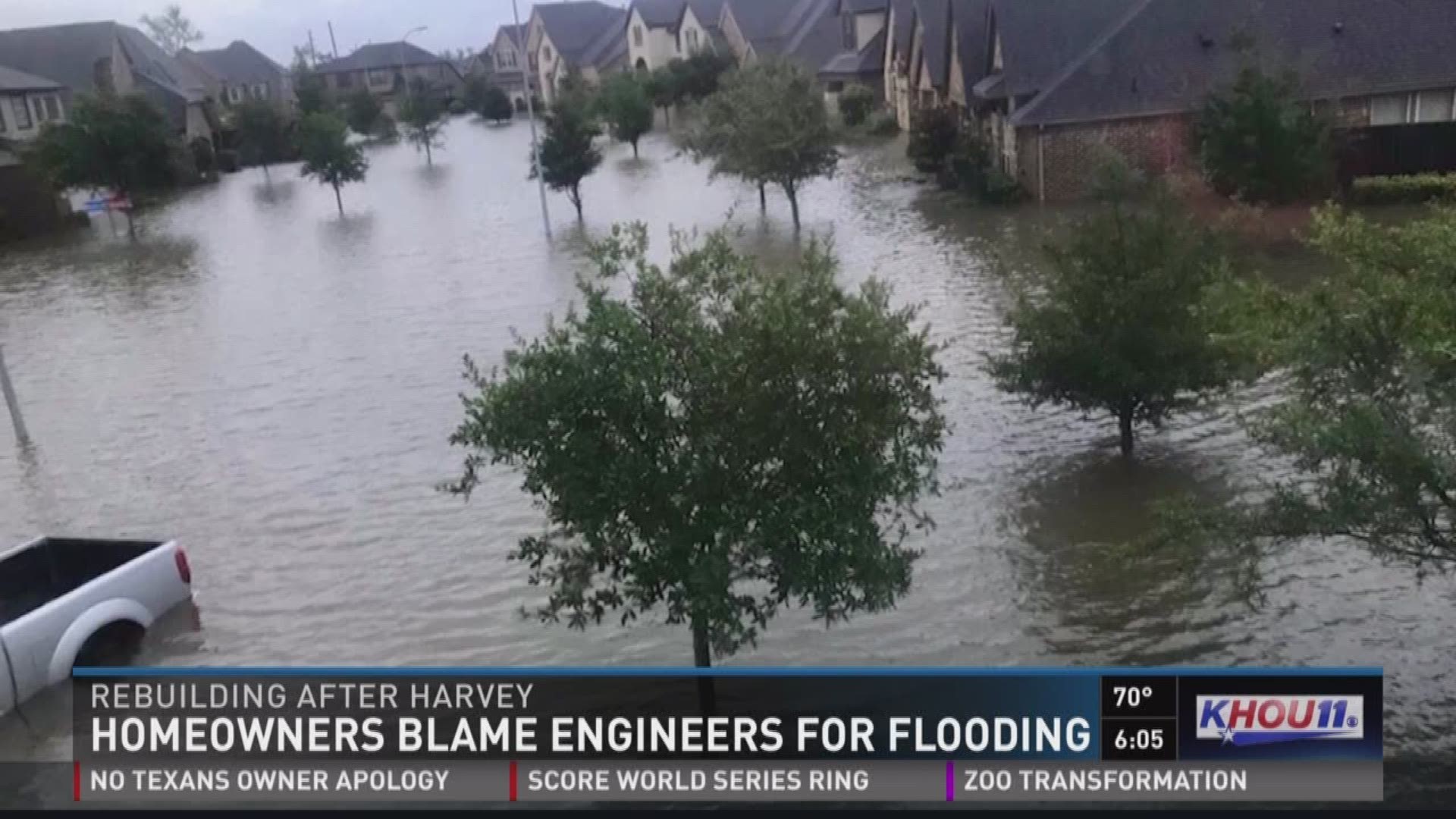 They live within five neighborhoods in the massive Riverstone development near Sugar Land.

“I don’t think I can adequately describe what a traumatic experience that was for us,” said homeowner Amanda Junker.

“I myself am traumatized during heavy rain, every time,” said homeowner Sumelda The.

These homeowners are among 432 currently listed as plaintiffs in the lawsuit filed against engineering firm Costello, Incorporated.

“We think they have damaged these people, and we do not think it is an act of God,” said attorney Michael Simpson. “We think that it is something that was poorly engineered.”

The lawsuit alleges the firm’s design was faulty and caused rainwater from adjoining neighborhoods within Riverstone to overtake those of the plaintiffs. They claim it created a bathtub effect and that the removal of a levee only made things worse.

“It was immediately apparent to us that something wasn’t going right in our area,” said homeowner Brett Thompson.

Families say they only had minutes to escape their homes during Harvey and were uncertain they’d make it out of their neighborhoods safely.

“We rolled down the windows, because I thought we were going to have to crawl out of our car with our daughter,” Junker said.

At this point, attorneys say Riverstone’s developer is not part of the lawsuit. But others could be added as more evidence trickles in.

This lawsuit is in addition to similar ones filed in Fort Bend County.

KHOU 11 News reached out to Costello, Incorporated for a comment. We have yet to receive a response.

Plaintiffs' Original Petition and Request for Disclosure by KHOU on Scribd