Some residents who live on the other side of the train tracks say they have experienced the same physical ailments as those in Kashmere Gardens. 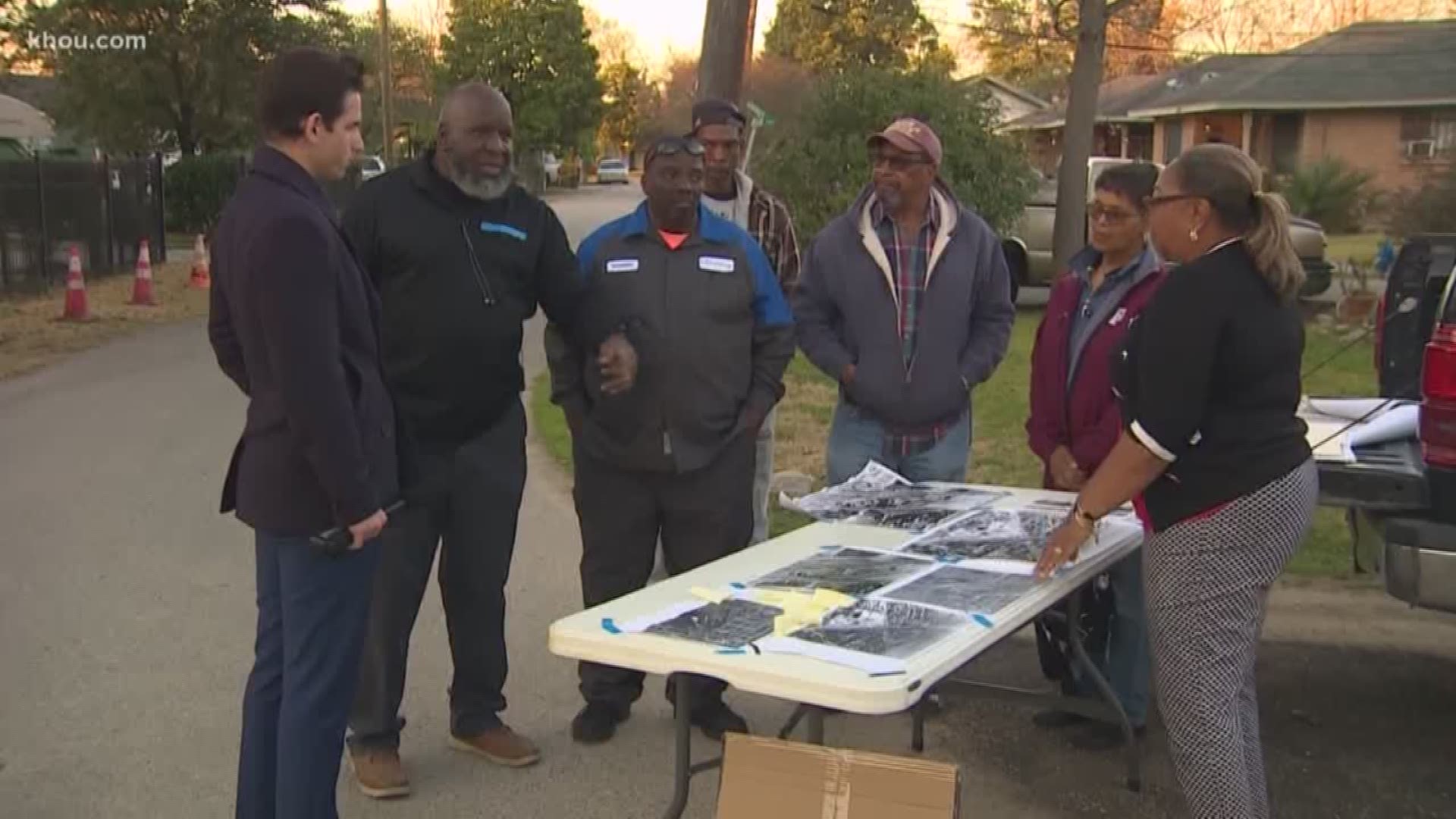 HOUSTON — More east Houston residents believe a former creosote treatment site currently owned by Union Pacific Railroad is responsible for a variety of their physical ailments and diseases, including cancer.

The Houston Health Department concluded a door-to-door survey on Saturday of more than 100 residences in Kashmere Gardens where the Texas Department of State Health Services has identified a cancer cluster.

The identified properties are located where a plume of creosote is believed to have seeped into ground over the decades.

Some residents who live on the other side of the train tracks say they have experienced the same physical ailments as those in Kashmere Gardens and feel they have been forgotten by officials from the state and the railroad.

“All these houses -- my grandma’s house, my auntie, my cousin, all the Williamses around here, all those people are gone. Died of cancer,” said lifelong resident Joe Ballard as he walked us through the streets of his east Houston neighborhood near Quitman Road. “We don’t know what cancer, but they died of cancer.”

Ballard showed us the home built by his grandfather and great-grandfather nearly 100 years ago. Both of the men worked in the creosote factory which was within walking distance of the house. A wood post buried in the front yard was soaked in creosote and is still just as sturdy as the day it was planted nearly a century ago.

“We used to play in this stuff,” Ballard said as he shows the path of the creosote run-off from the treatment site and the tar pits that were located near the homes. “It goes all the way up back here and around three streets over.”

Creosote is the black tar material used to preserve wood. You see it on utility poles and railroad ties.

It’s hard to mistake the way it looks, feels and smells.

“You could smell the creosote just like a fog,” said Leroy Mock who lived nearly all his life in the neighborhood near the creosote treatment site. “You could taste it in your mouth it was so bad.”

Mock recites a lengthy list of family members and neighbors who have died from cancer.

He has been diagnosed with cancer and said his wife also has serious medical conditions.

Mock and the rest of the neighbors said they want to know what is in their backyards and what they can expect for their health in the future.

“We’re saying be considerate of all of us over here that have physical ailments, be it respiratory or be it cancer,” said resident Kathy Blueford-Daniels. “We don’t know what that creosote caused. We played in those ditches, those very ditches, that’s where some of them learned how to swim they were so deep.”

The Center for Disease Control lists creosote as a probable carcinogen.

A spokesperson from Union Pacific said the property was purchased from Southern Pacific Railroad several years ago, and a direct pathway from the creosote site to residents has not been identified.

The railroad said it has communicated with the residents in Kashmere Gardens who were identified by the state and said it is interested in speaking with the other neighbors.

Resident Kathy Blueford-Daniels showed photos she took a few years ago with heavy-duty equipment on the creosote treatment site digging and creating dust plumes not far from homes. Blueford-Daniels said she is concerned about the activity at the site and the health impacts of particles produced from disturbing the soil.

Union Pacific said the photos were taken during a soil removal project approved by the TCEQ in 2016 and no contaminants were detected in the air during the activities.

The reassurance from the railroad is no consolation for the neighbors who are most concerned about what is on, beneath and near their properties.

They are most concerned for what is in store for them years down the line.