On June 11 at 9 p.m. the Montgomery County Sheriff's Office will make a TV debut on the hit show "COPS." Deputies say they are really excited and they thank everyone for their support. 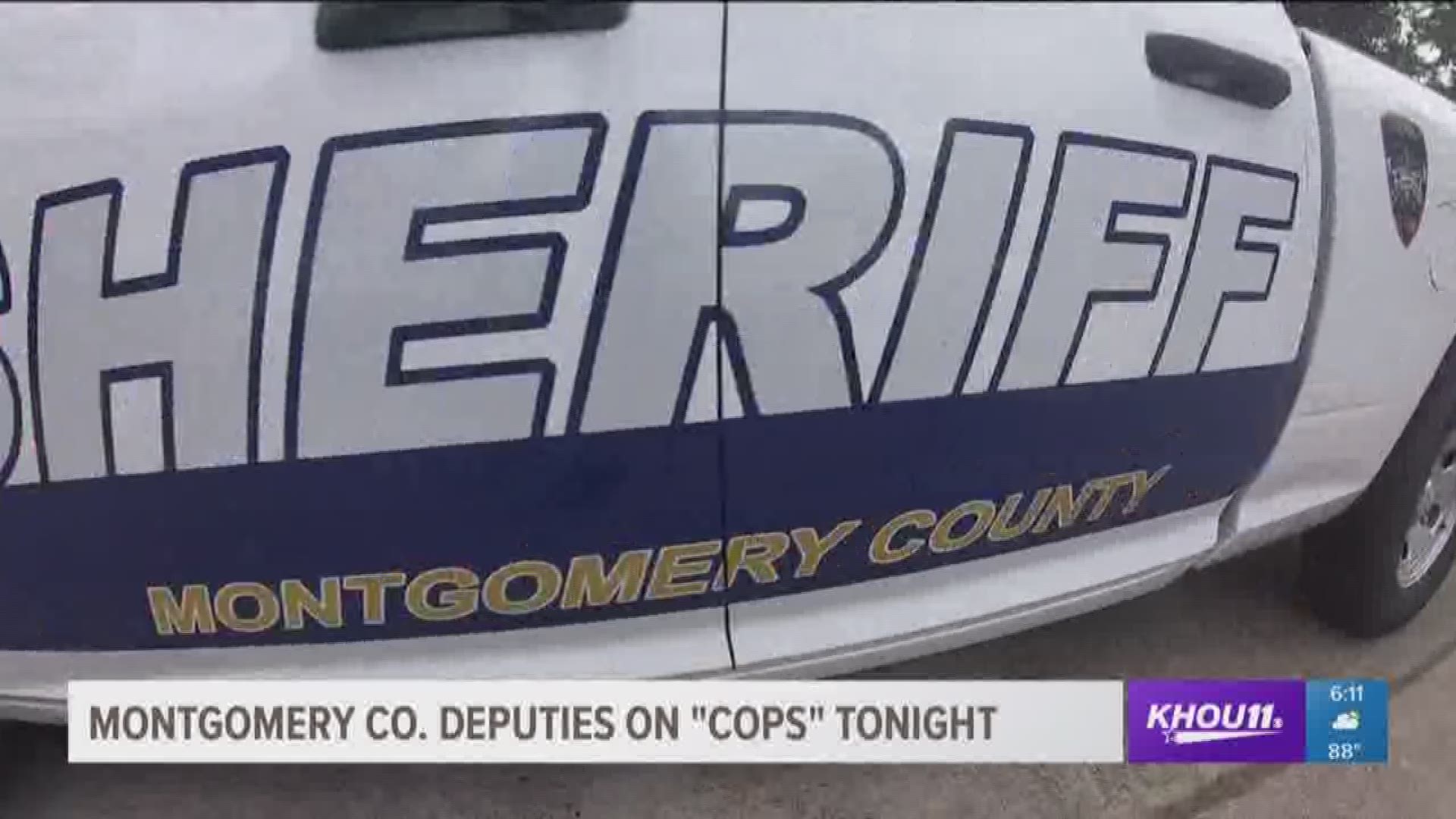 MONTGOMERY COUNTY, Texas — Cops is one of the oldest reality tv shows around and still one of the most popular.

On June 11th at 9 p.m., the Montgomery County Sheriff’s Office will join the cast crew of the long running series.

The show first aired in 1989 and has become a kind of anthem for law enforcement.

Montgomery County Sheriff’s Office Lt. Scott Spencer says, “It’s cops! Something we’ve all been looking to. This is their 31st season. Almost every officer has seen an episode or wanted to be on Cops.”

Spencer says, “They were here about eight weeks. They brought three crews and rode in different parts of the county mostly with veteran officers”

It’s a tremendous commitment, but more and more departments are willing to participate. Reality shows can help improve the image of police officers and community relationships.

Spencer says, “That’s one of the big things why we chose to do it. A five to ten second clip of what happened or snippet on social media vs the whole story, once you see it all, ‘Wow how to they put up with that?’”

In the Montgomery County segment, a suspect takes off running. He is cuffed and gets about two steps, before falling. Hence the segment title is, “The Texas Two Step.”

The deputy asks the suspect, “You think you were gonna get away? You’re handcuffed and it’s dark. Where are you going?” The subdued suspect answers, “Nowhere.” Hence the episode title is “Going Nowhere Fast.”

Apparently, Montgomery county is a hit with producers who are back right now filming again for another upcoming episode. Montgomery County could end up being regulars!