As temperatures dropped staff welcomed a new litter of puppies while other dogs got to enjoy their first time in the snow. 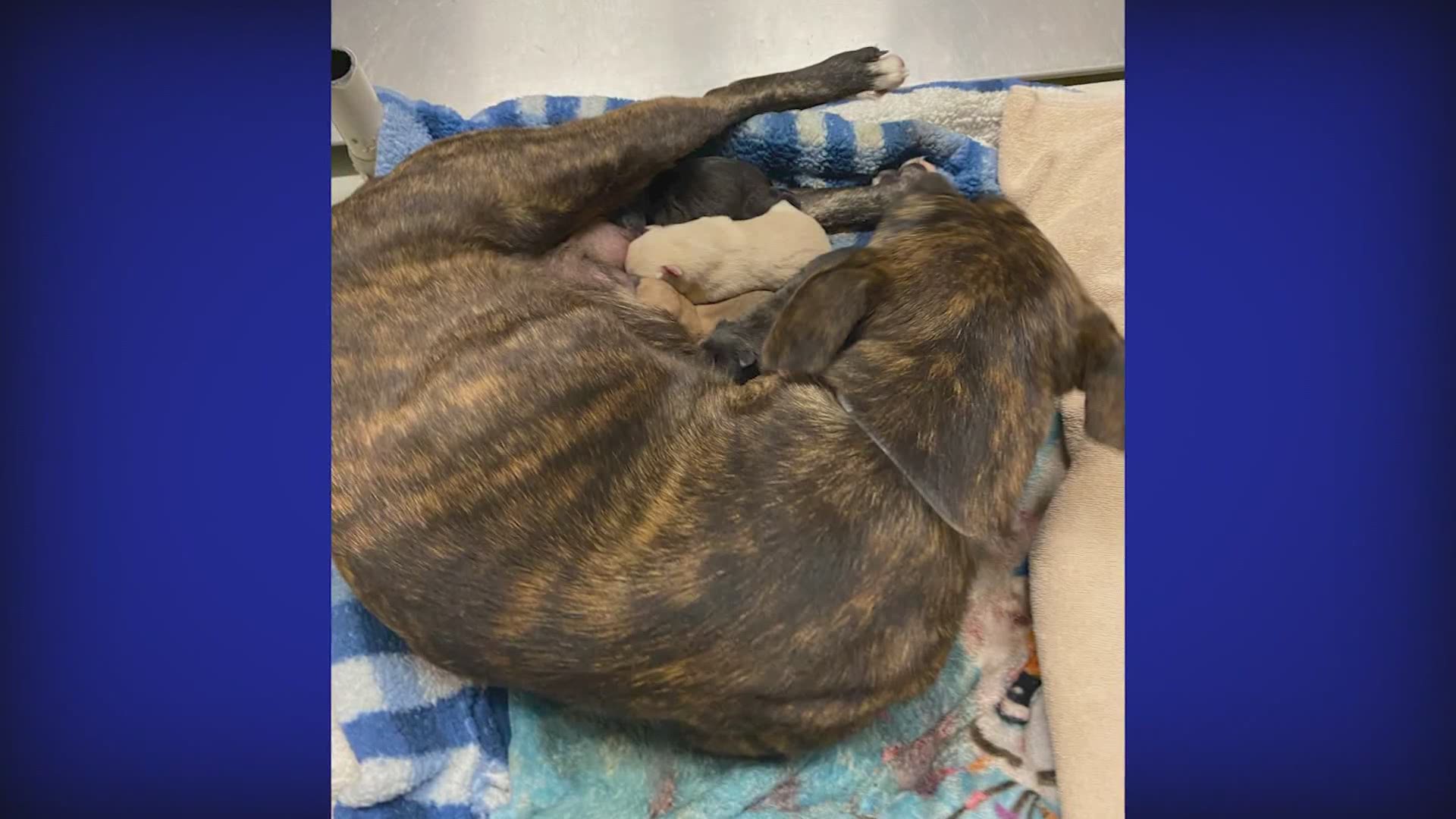 MONTGOMERY COUNTY, Texas — The effects of the winter storm were felt across the Houston region.

In Montgomery County, their animal shelter prepared for the cold weather as best they could but still experienced some problems.

Leading up to the historic cold weather, the Montgomery County Animal Shelter was proactively doing what they could to make sure animals were safe.

“We tried to foster out a little bit. Our concern was kind of was with happened is that people might not power or water, so now they’re stuck with a foster animal," Aaron Johnson, director of the shelter said.

He said staff bought up crates to hand out to pet owners who needed them.

They also rescued dogs out in the cold and staff moved into the shelter to make sure the animals were taken care of 24/7.

“They stayed here through Harvey and they’ve stayed her through this storm,” Johnson said. “They just kind of made a camp in the lobby and with our cat play room that kind of becomes the bedroom. We’re able to have cots and air mattresses and things like that for them to tough it out.”

As temperatures dropped staff welcomed a new litter of puppies while other dogs got to enjoy their first time in the snow.

Johnson said the shelter lost power for a bit and had pipes burst which impacted their heating and cooling system.

“We have a couple of them that are down and so we don’t know how long it’s going to take to get those repaired and now with Houston’s fun weather it’s going to be warming up so air conditioning is going to be a concern for us,” he said.

However, that isn’t going to stop them from accomplishing their mission of fostering, transporting or adopting out animals in need of forever homes.

“We make it happen and we just feel great about it in the end knowing that we’ve taken animals in, helped them get out of the cold and help people be able to bring their own pets out of the cold," Johnson said.