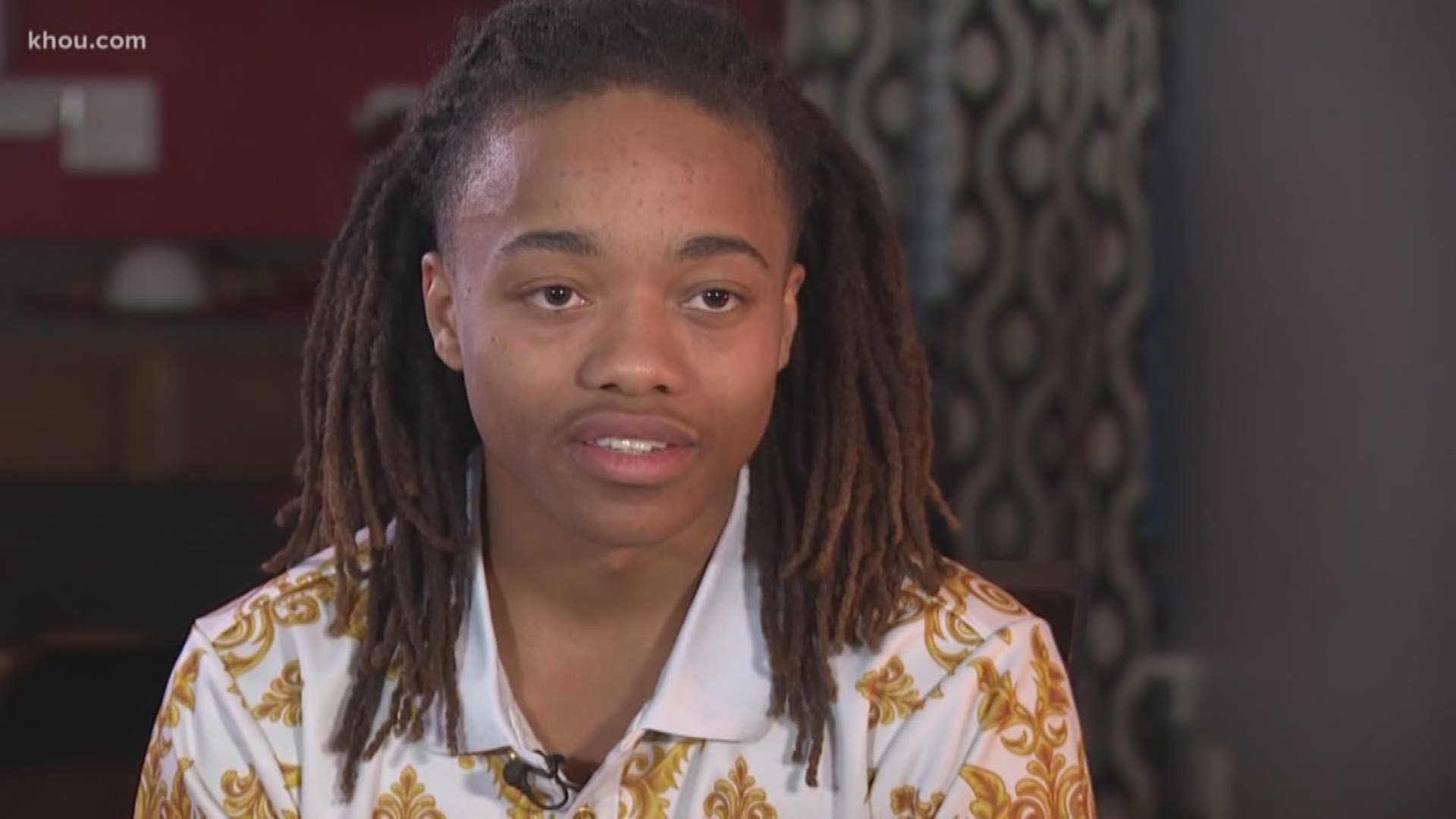 MONT BELVIEU, Texas — A Mont Belvieu-area high school student said he will not cut his hair after the school board passed an amendment to its dress code last month requiring boys to have short hair.

Barbers Hill High School senior DeAndre Arnold said the rule is sexist and a violation of his civil rights.

“Whenever you go through something in life that you feel like you’re being mistreated or anything like that, you have to stand against it,” Arnold said. “You can’t just let people walk all over you like that. You have to be willing to take a stand and that’s what I’m willing to do.”

His mother said he will have to cut his hair if he wants to go back to normal classes.

“It’s sexist,” Sandy Arnold said. “They say they want it removed completely. How do you allow girls to have buzz haircuts if they want to cut their hair really short, on the sides and that sort of thing?”

“Every school district in the nation has a dress code,” said Barbers Hill ISD Superintendent Gregory Poole. “I don’t think you can go to school in your underwear.”

Poole said the new hair guidelines for the dress code were approved by the school board based on the desires of the community.

The stakes are especially high for Arnold, who may not be going to prom or graduation based on his decision to retain the length of his hair.

“It’s a sexist rule,” Arnold said. “My hair has nothing to do with my ‘excellence,’ as we say in Barbers Hill, how smart I am, what kind of job I’m going to get or my character.”

The superintendent was asked if he believes the new hair-length guidelines are sexist.

The Americans for Civil Liberties Union has gotten involved in cases like these in the past.

Other school districts ultimately reversed the gender-based hair provisions in their dress codes.