Similar structures have been popping up around the globe. 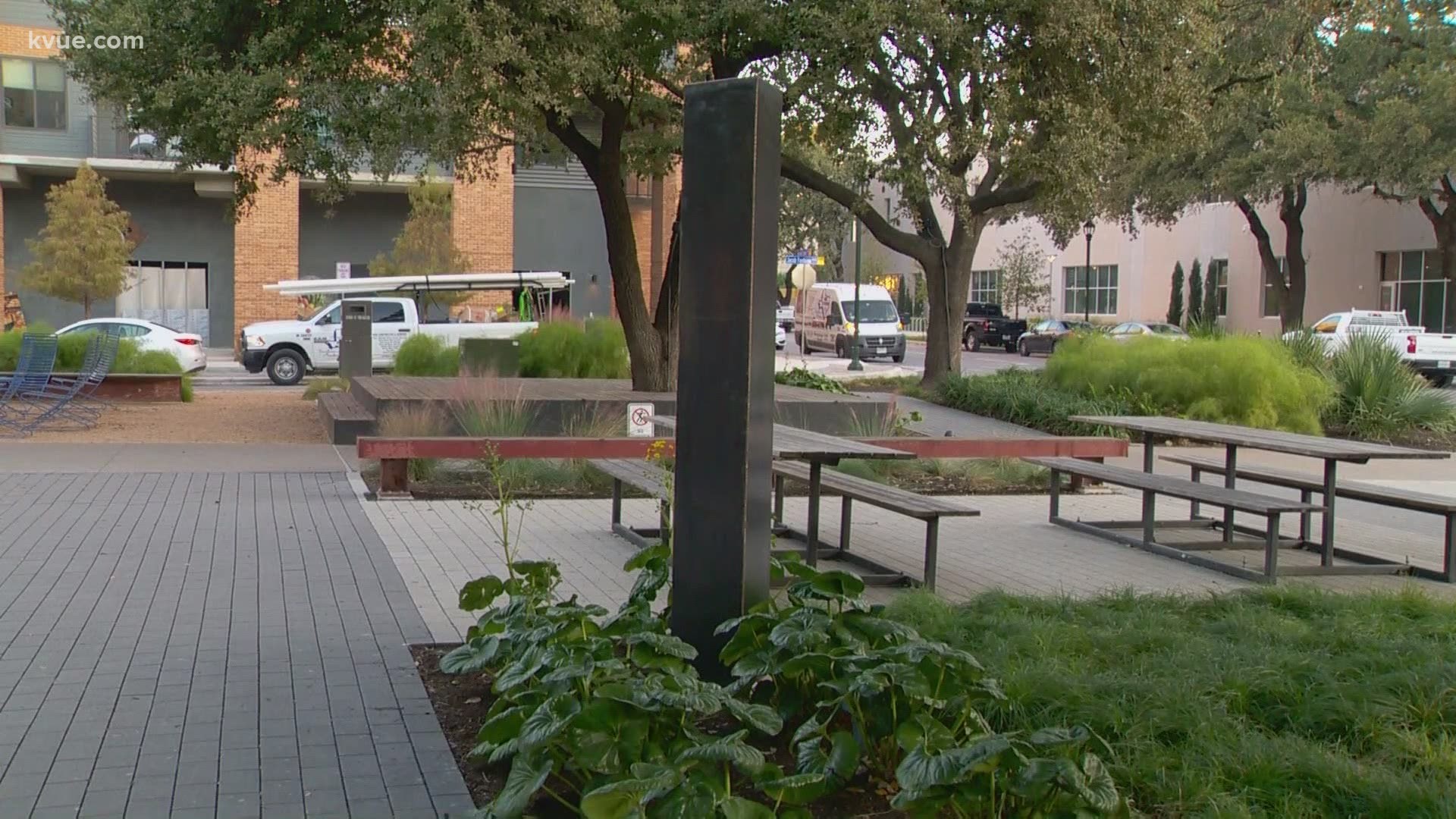 AUSTIN, Texas — Mysterious monoliths have been popping up around the world, and overnight one found its way to Central Texas at Austin Community College.

While these pillars have been captivating earthlings with wonder, well, ours is a little less perplexing.

According to ACC on Friday, the college’s welding department installed the custom-made monolith at the Jacob Fontaine Plaza on the ACC Highland Campus.

"The silvery columns have been popping up across the globe, and ACC wanted to make sure Austin gets in on the fun," an ACC spokesperson told KVUE. "The monolith was constructed by faculty with the support of students of the ACC Welding Department."

The first monolith was spotted by a helicopter crew in a remote area near Moab, Utah, late last month. The seemingly isolated location left many baffled, wondering how on earth it could have gotten there – and many flocked to the area to see it for themselves.

However, reports state the crowds of people started flattening plants with their cars and leaving behind human waste. This prompted two men known for extreme sports in Utah to step in late one night and tear it down.

Sylvan Christensen and Andy Lewis said the land was not prepared for the influx of visitors and federal managers could not keep up.

"The mystery was the infatuation and we want to use this time to unite people behind the real issues here — we are losing our public lands — things like this don’t help," wrote Christensen.

The San Juan County Sheriff's Office said they can't investigate the case as stolen property because no one has come forward to claim the structure as their own. The original creator remains a mystery, however, the installation still remains under investigation.

A similar structure also recently popped up in Romania, but it too has since disappeared.

'Christmas star': Jupiter and Saturn align to create the visible bright light in our sky for first time in almost 800 years