The children's injuries were so severe at least one of the children had to be flown to a hospital in the Texas Medical Center. 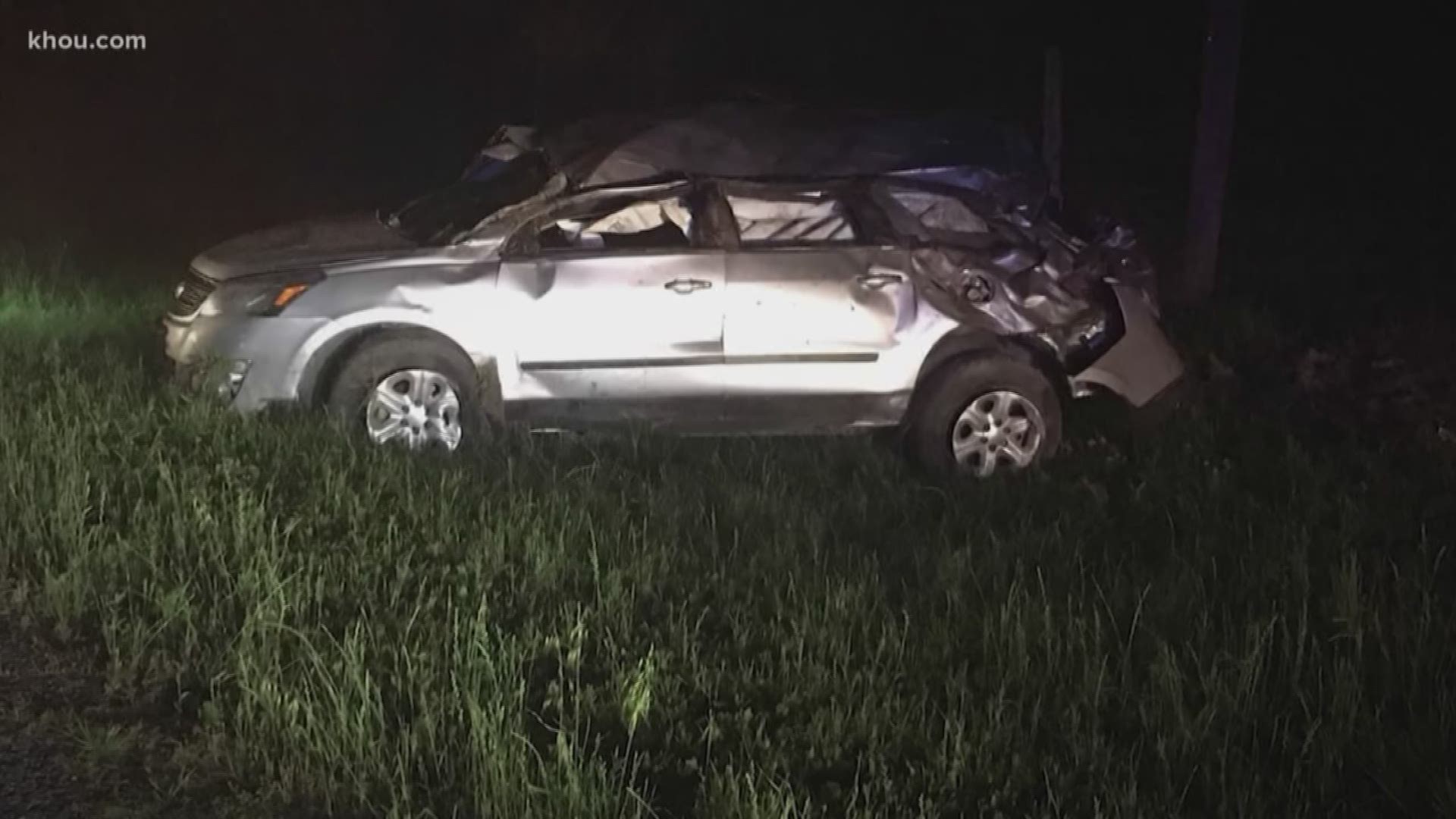 WALLER COUNTY, Texas — A 24-year-old mother of three is facing serious charges after a violent car crash that left two of her children seriously hurt.

The mom is accused of skipping the hospital and going home after the incident.

Kemberly Pino has been charged with at least one count of causing negligent injury to a child, according to the Texas Department of Public Safety.

Troopers say Pino was driving down FM 359, just south of FM 1887 in Waller County when she lost control and rolled her SUV into a ditch.

Inside the vehicle were her 6-month-old, 2-year-old and 5-year-old. Crash investigators say instead of calling for help, Pino unbuckled her children and went home.

Another driver spotted the wrecked, abandoned vehicle and called 911.

Troopers, using the license plate number, tracked the mother down at her home. The 2-year-old and 5-year-old little girls were found with injuries so severe at least one of the children had to be flown by Life Flight to Texas Children’s Hospital in the Texas Medical Center.

Sources with knowledge of the crash tell KHOU 11 News that at least one of the children had head and facial injuries.

Inside the crashed car, a child seat is being credited with saving the life of the youngest child, who is just an infant.

Pino will be booked into the Waller County jail.

The Texas DPS says the crash is still under investigation.

Authorities earlier said the mom had walked home from the crash, but investigators later determined the woman's sister picked her up and gave her and the children a ride.