Mom says daughter with autism was forced into closet at school

The mother told KHOU 11 News teachers forced the second grader with autism into a closet and held the door closed. 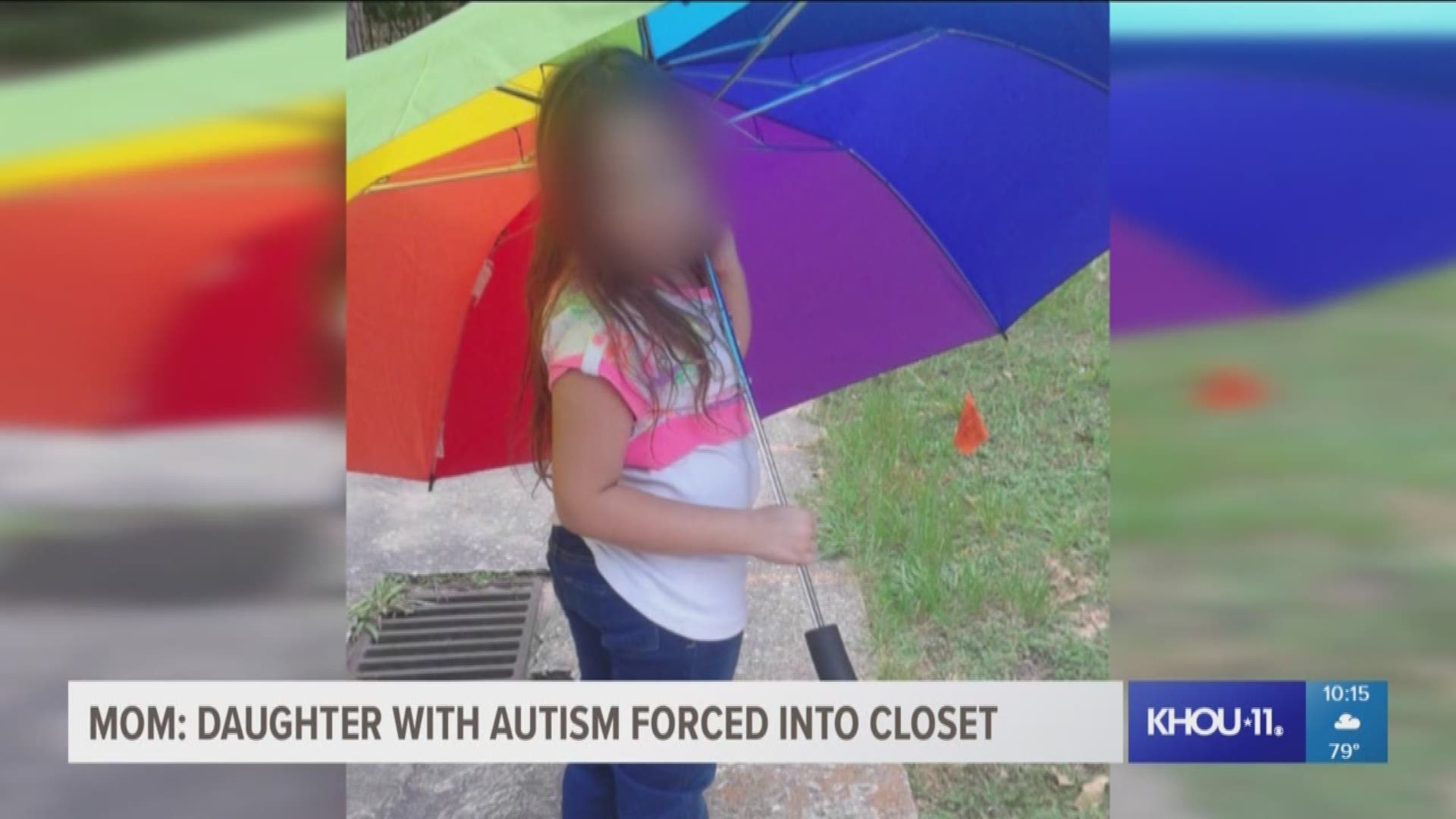 THE WOODLANDS, Texas - A mother in The Woodlands is demanding an apology after what she says happened to her daughter at school.

The mother told KHOU 11 News teachers forced the second grader with autism into a closet and held the door closed.

"They never told me that she could be forcibly put in this (seclusion) room and locked in,” said Jennifer Clark. “That, to me, is a very different situation."

Her first day of school in David's program for special needs children with emotional issues saw her meltdown at recess and earn a note for bad behavior.

“Shouting, kicking, and she knocked over a desk,” Clark said. “It didn't mention anything about her being put in a room alone."

Clark's daughter claimed teachers grabbed her arms, put her in a closet-sized room and held the door shut.

Clark struggled believing it until the principal showed her video.

In a statement, Conroe ISD said:

"From time to time, it may become necessary to separate a student from other students for a limited period…for that student to regain self-control. These times of separation are in locations that allow for supervision by appropriate classroom staff and are implemented in such a way as to protect the health and safety of the student and others."

Cark wanted an apology and assurance that it would never happen again but got neither. So she plans to home school from now on.

"I can't put her through any more of these experiences. I just feel like she's been through enough,” Clark said.