She hopes her video encourages other victims of racist speech to record and share their encounters. 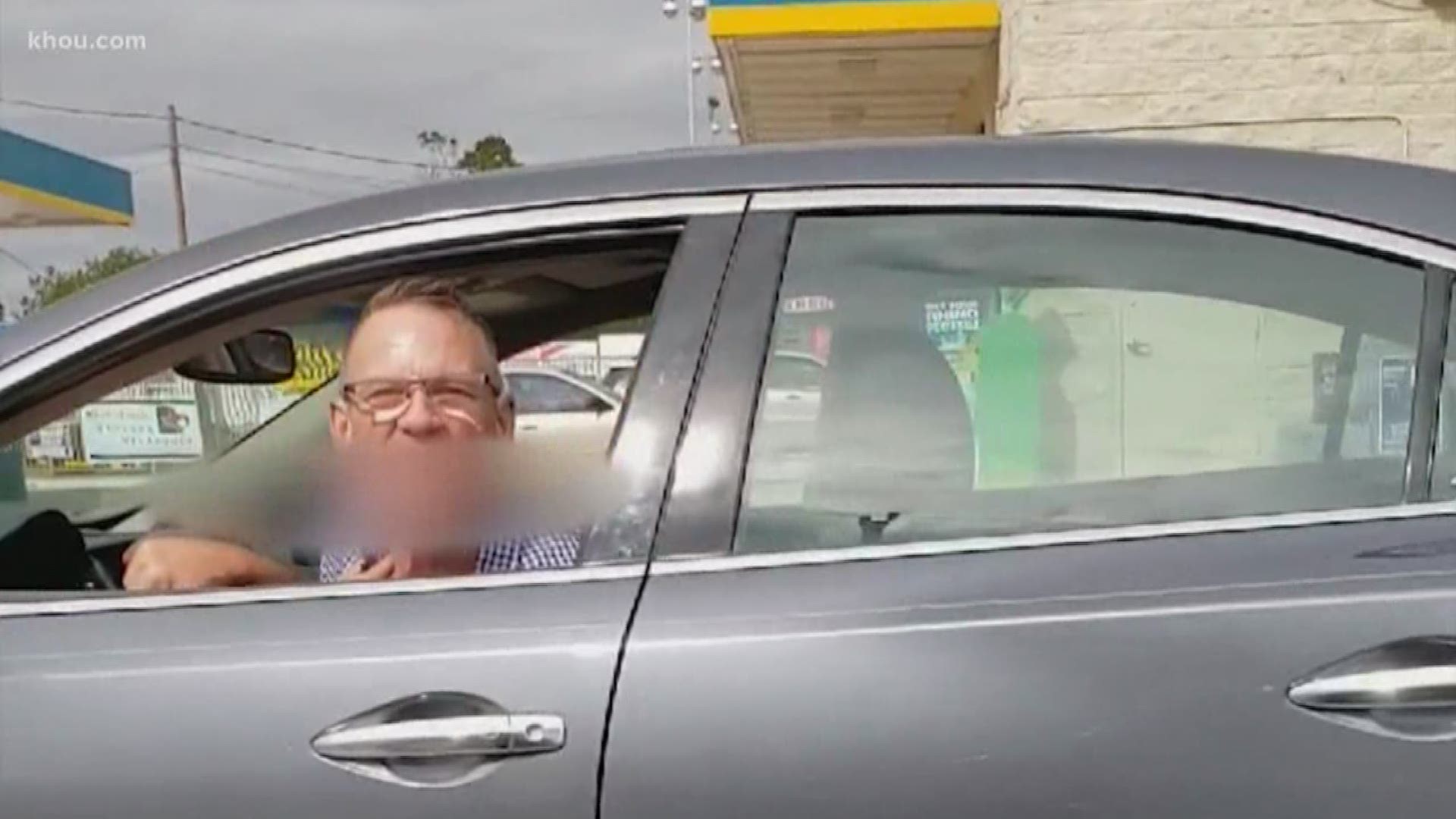 HOUSTON — A man’s road rage rant turned racist against a mother driving to the polls to vote. Her 2-year-old daughter watched from the backseat.

With her camera recording and a stranger yelling, Janet Sabriu caught video viewed nearly two million times on Facebook. Sabriu shared one man’s angry, racist rant for all to see.

“Let’s see if everybody else thinks (his) behavior is OK,” Sabriu said.

She is a citizen and Houstonian for nine years. Sabriu voted early Thursday afternoon.

On her way to the polls, another car pulled up beside her. The other driver appeared angry. He screamed out his window.

Initially, Sabriu could not hear him because her windows were up.

Worried, frustrated and thinking about a friend’s son recently showered by racist words in a restaurant full of people who did nothing, Sabriu rolled down her front passenger window, turned on her cellphone camera and stopped next to the angry driver.”

“You’re driving in two lanes,” the man said while also insulting Sabriu with profanity. “Stupid *****, that’s not how we drive in America. Trump’s deporting your illegal cousins today.”

The man later told Sabriu, “It’s my country. Get out.”

Before driving away, the man yelled, “Take all the pictures you like *****. You’re ugly. You need a gay friend to help you with makeup and clothes.”

Sabriu filed a police report. She wants justice, an apology and the man caught on camera to never speak in such manner again.

“It’s not OK racists,” Sabriu said. “It’s not OK (to allow) bullying. We have to stop all of this hate and the only way is respecting everybody, every human being.”

She also hopes her video encourages other victims of racist speech to record and share their encounters.

“That’s the best lesson you can show somebody,” Sabriu said. “Speak up. Don’t be afraid. That’s the only way that we can stop all this hate is just showing and exposing the people because I think the majority (are) good people that don’t want this to continue.”