Mom hit by stray bullet while making breakfast for kids

Bethany Myles was making eggs for her children and nieces and nephews when the stray bullet came through the walls and hit her in the head. 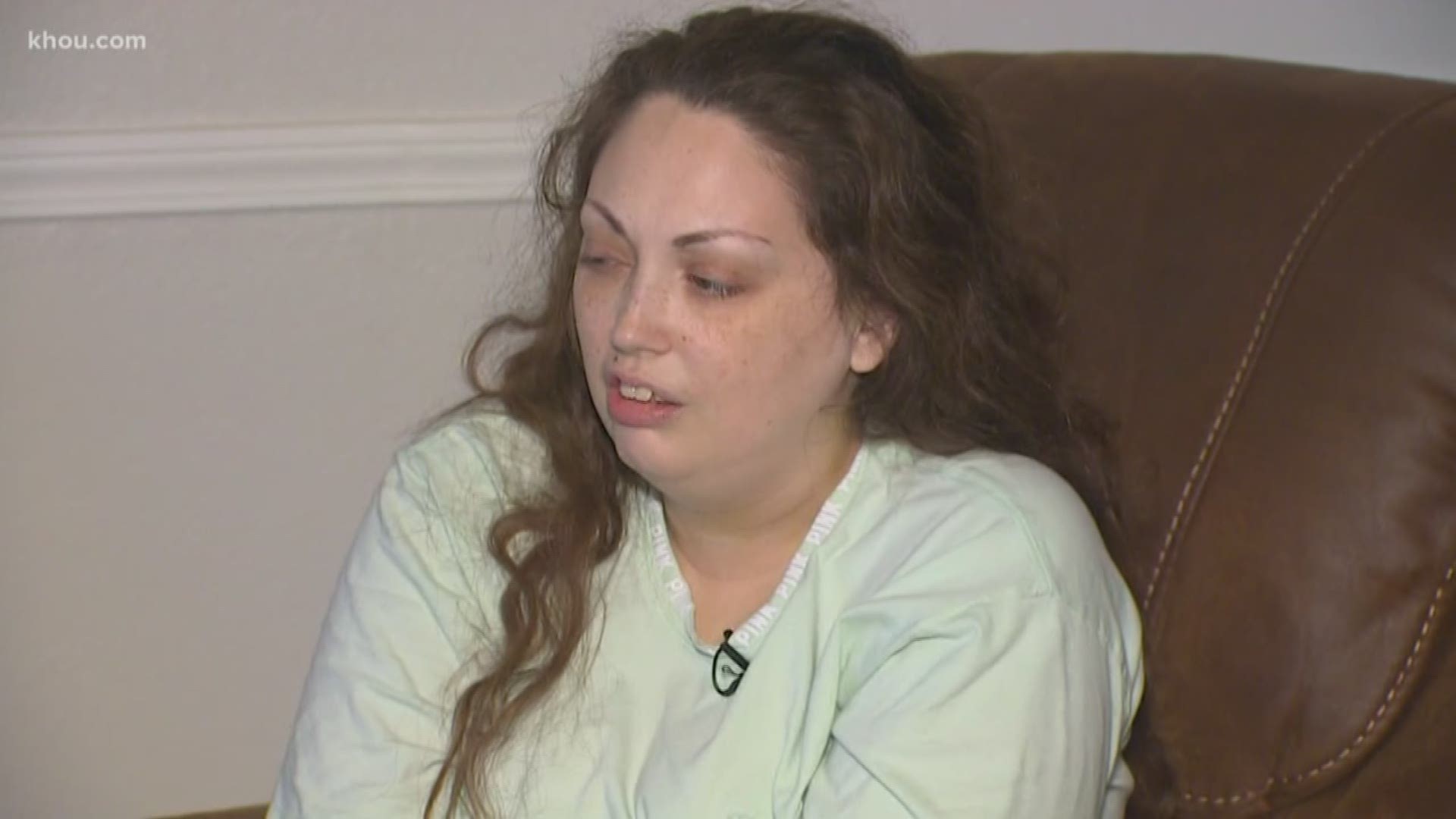 HOUSTON — A mother was shot by a stray bullet in front of her kids while cooking in her kitchen.

The shooting happened Sunday morning at a home on Sable Pines Lane in northwest Houston.

Bethany Myles was making eggs for her children and nieces and nephews when the stray bullet came through the walls and hit her in the head.

“I just hear a pop sound...I thought the oven exploded or something,” Cheema said. “It hit her at the back of the head. I was pretty sure she died. There was like a lot of blood...like really, a lot. My sisters and cousins, they started screaming.”

“I’m over here cooking for my kids, and now my life is changed forever,” Myles said.

The Harris County Sheriff’s Office said the gunman was with friends down the street. When an argument broke out, the suspect fired his weapon.

Cheema said he and his family saw the gunman and his female friends when they ran out of the house for help.

“The girls in the car, they were screaming, we got to go! Let’s get out of here!” he said.

Myles’ kids were trying to stop the bleeding as they waited for an ambulance. Myles remembers asking the paramedics to save her.

Doctors told her family she was the luckiest, unlucky person in the hospital.

“The doctor told me if the bullet had been a millimeter up, down, left, right or anywhere it would’ve been instant death,” Cheema said.

Myles was in the hospital for two days. Doctors have not removed the bullet, fearing that could cause more serious damage. She is currently dealing with sever head and ear aches, ringing ears and nerve damage to her face.

Myles also feels unsafe in her own home.

Investigators say they know who the suspects are and expect an arrest soon.

Myles does not have health insurance so her family has set up a GoFundMe account to help with medical bills.