Mom gets sweet surprise proposal after baby boy is born

After the baby was born, her boyfriend of more than 10 years proposed. 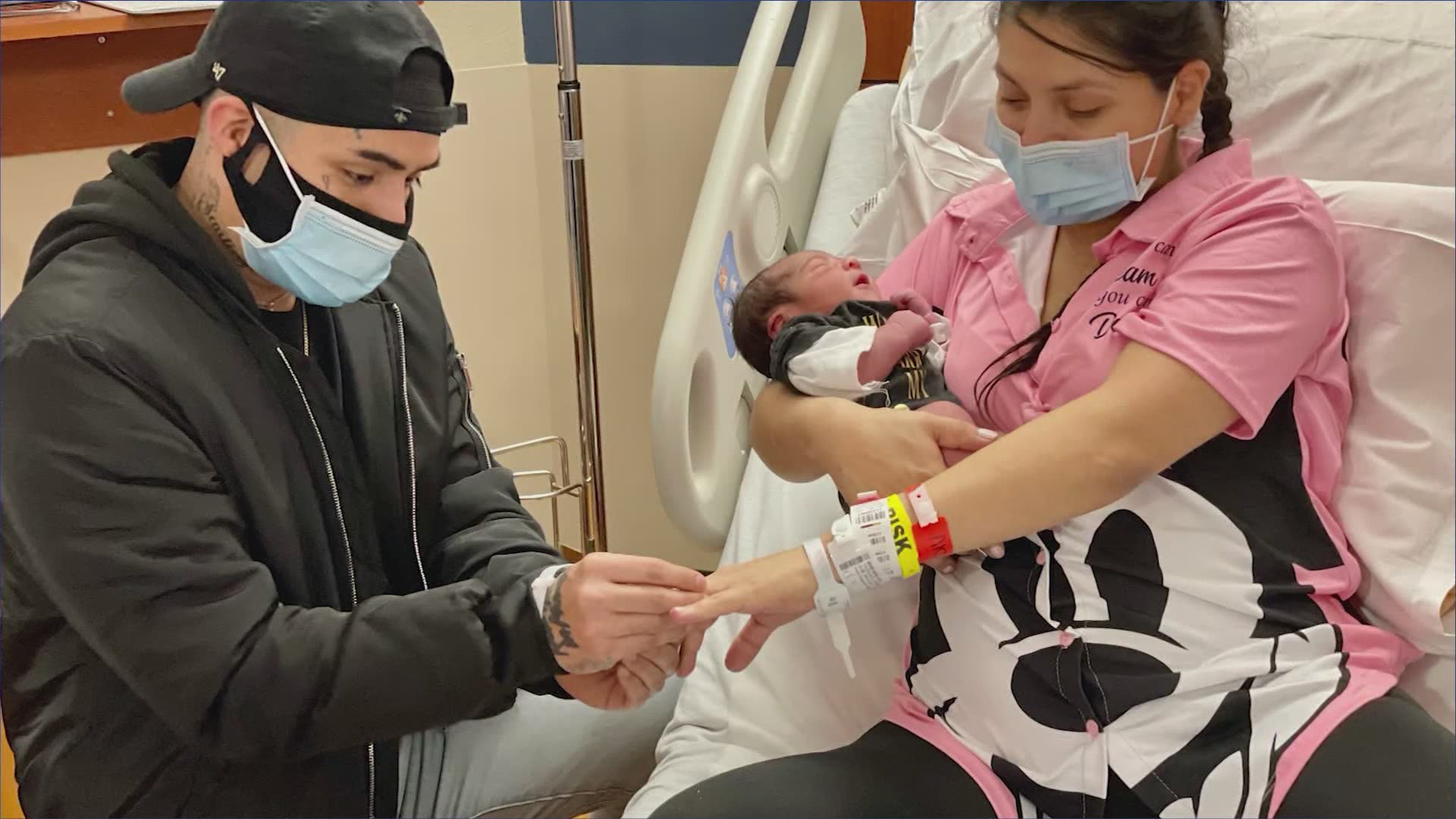 HOUSTON — If a baby born during a pandemic wasn’t enough excitement, there was an even bigger surprise awaiting a Houston mom in her hospital room.

“We made it through the whole pregnancy. We tried our best to be careful," said Laura Vasquez.

In the middle of the COVID-19 pandemic, it's a reminder of hope.

A baby to these high school sweethearts is extra special.

“My mom has 7 granddaughters, so for me to have a boy, I was like, I don’t think so," Vasquez said.

It’s their first boy, and their two daughters at home couldn’t be more excited. But there was another surprise in store.

“It’s something that I didn’t expect, and I’m very surprised," she said.

After the baby was born, her boyfriend of more than 10 years proposed.

“We have a lot of friends and relatives that have been waiting for us to get married and stuff," said.

Because of COVID-19, Cris Mora originally decided to put the proposal on hold. But he realized the hospital, Memorial Herman Southwest, where his grandmother and mother used to work, and where he said goodbye to his dad, was fitting.

“I lost my dad here but, in a way, I have the next generation born in here, too," he said.

They named their son Santiago after his dad. It's a new life that gives them a reason to keep going.

“Trying to get over this virus thing first is the main thing, so we could go back to normal and enjoy him the way we are supposed to, you know," he said.

It's a reminder for all of us that even during a pandemic, there can be blessings. This couple found two: hope in their new baby’s face and their own love.