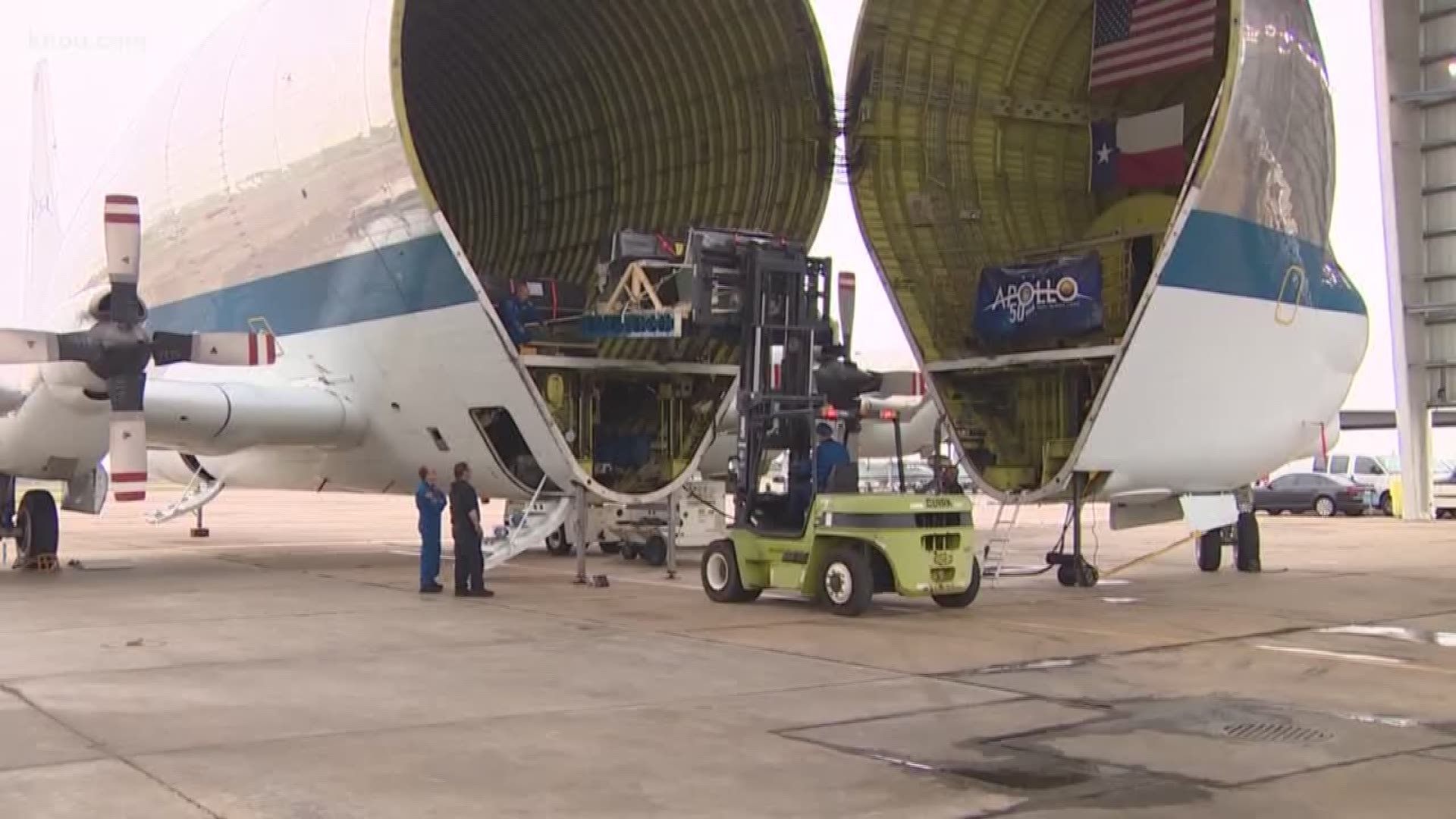 HOUSTON - Historic consoles from Johnson Space Center's original Mission Control arrived back in Houston on Thursday. Their refurbishment is part of a multi-million dollar restoration for the Apollo 11 mission's 50th anniversary in 2019.

“The Eagle has landed.”

That historic phrase and many others were first heard inside the original Mission Control at Johnson Space Center.

On Thursday, we got a first look at the results of a years-long restoration project.

“We’re celebrating the arrival of the first group of restored consoles,” said project manager Jim Thornton during an event Thursday at Ellington Airport.

Consoles that contained the technology used to control the Apollo 11 mission and many others were flown back to Houston from a restoration facility in Kansas. Retired NASA flight controller were on hand to take a look.

“Each console in the main room had support rooms with more consoles and more engineers and that’s where I was,” said retired NASA engineer Bill Reeves.

Reeves joined NASA in 1967 and is part of a now-aging collective of NASA consultants.

The console restorations are part of a larger refurbishment of Mission Control. When it’s done, it will look exactly as it did during the 1969 moon landing.

“And our goal is to make it appear that these Apollo heroes just stood up from the consoles and walked out of the room,” said Thornton.

$5 million from an ongoing fundraising campaign is paying for the restoration project. It’s providing a direct link to an out-of-this-world accomplishment.

“We’re hoping to get this control center back together so we can inspire future generations to do what we did,” said Reeves.

The original Mission Control will reopen to visitors in time for the Apollo 11 50th anniversary next July.

.. Happening now: retired Apollo flight controllers inspecting restored @NASA_Johnson Mission Control consoles. They helped land man on the moon with these 50 years ago next year. Hear from them on #khou11 at 4 & 5 #htownrush 🚀 pic.twitter.com/67Fh8fb21K

.@NASA’s “super guppy” transport plane has landed at Ellington Airport. On board are restored consoles from the historic @NASA_Johnson Mission Control. It’s part of the build up to next year’s 50th anniversary of the Moon Landing. I’ll have more later on #khou11 #htownrush 🚀 pic.twitter.com/NIxjS1gJGf