Houston Police released surveillance video showing Angela Nguyen walking out of her residence hall. She hasn't been seen since. 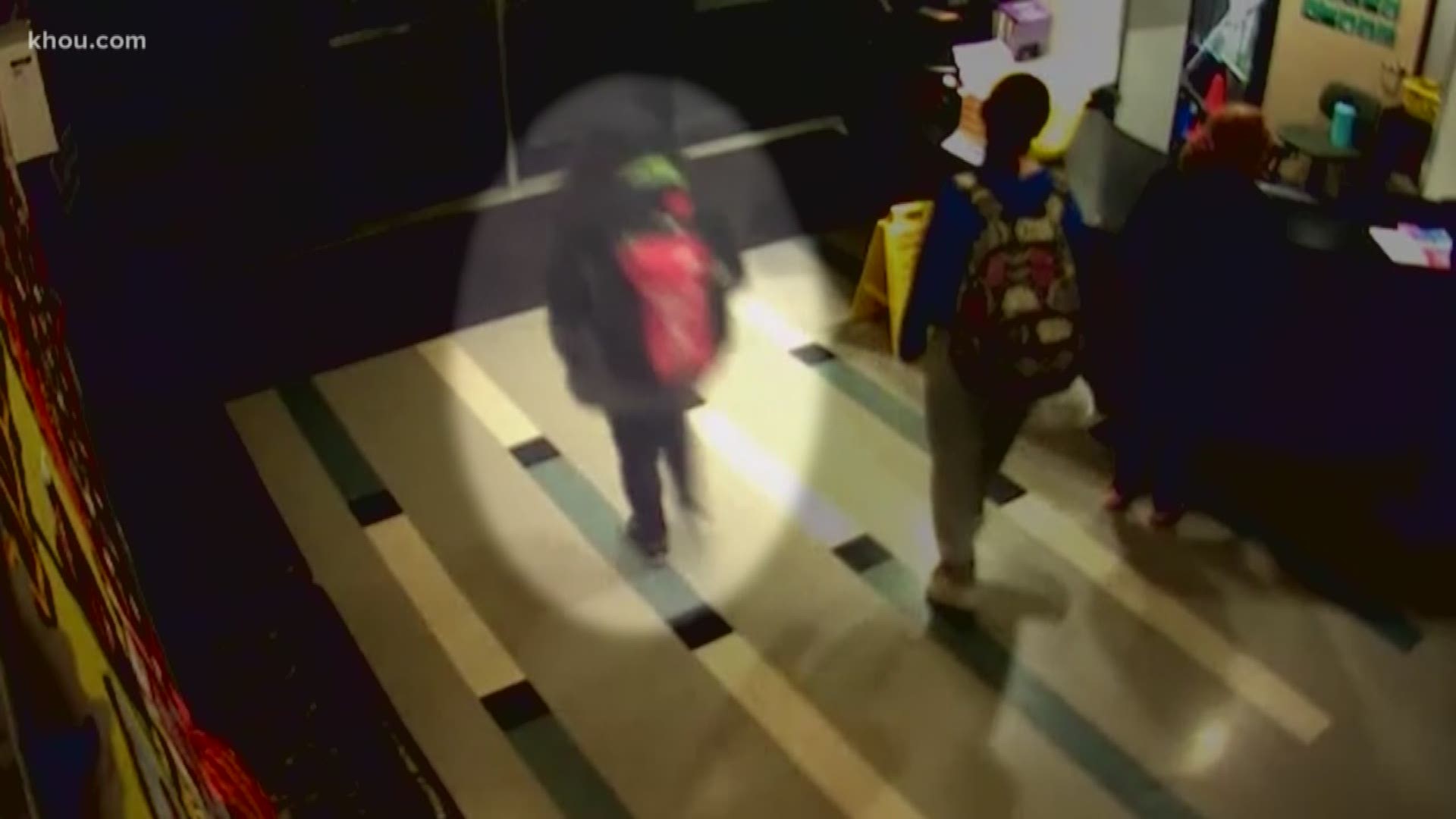 HOUSTON — Angela Nguyen's family is praying for her safe return. The 21-year-old junior at Saint Thomas University disappeared eight days ago and her family is worried sick.

"We are sad. Frustrated," said Nguyen's father, Chieu. "We are not allowed subpoena the case because police say there is no foul play."

Houston Police released surveillance video Friday showing Nguyen walking out of her residence hall around 6:15 p.m. on Jan. 22. She hasn't been seen since.

Police are begging anyone with information to call them.

RELATED: Have you seen her? University of St. Thomas student has been missing for a week

"We did have a couple of leads yesterday come from some [news] stories, followed up on them, but no positive results," said University of Saint Thomas Police Chief H.E. Jenkins.

In 2019, the Texas Legislature established a "CLEAR Alert," similar to an AMBER Alert: it helps law enforcement find and rescue missing, kidnapped or abducted adults or adults who are in immediate danger of injury or death, as well as aid in locating any potential suspects.

Because police do not suspect foul play, that CLEAR Alert cannot be requested yet.

"This case hasn’t met that criteria yet, and it’s difficult for the families," said Lt. Craig Cummings. "Oftentimes, it’s one small piece of information that leads to that person’s recovery."

At this point, Texas EquuSearch is on standby, and they have been researching the area in preparation for the moment they get the call from either Nguyen's family or law enforcement.

"We start preparing the moment something comes out on the news," said co-director David White. "We’re on pins and needles ready to go."

With hundreds of searches under his belt, he has an idea of the anguish her family is going through.

"When they just walk away or disappear, there’s that not knowing," said White.

Houston Police are asking anyone with any information to call their Missing Persons Division at 832-394-1840.