Family, friends and Equusearch volunteers have been desperately searching for Erica Hernandez. 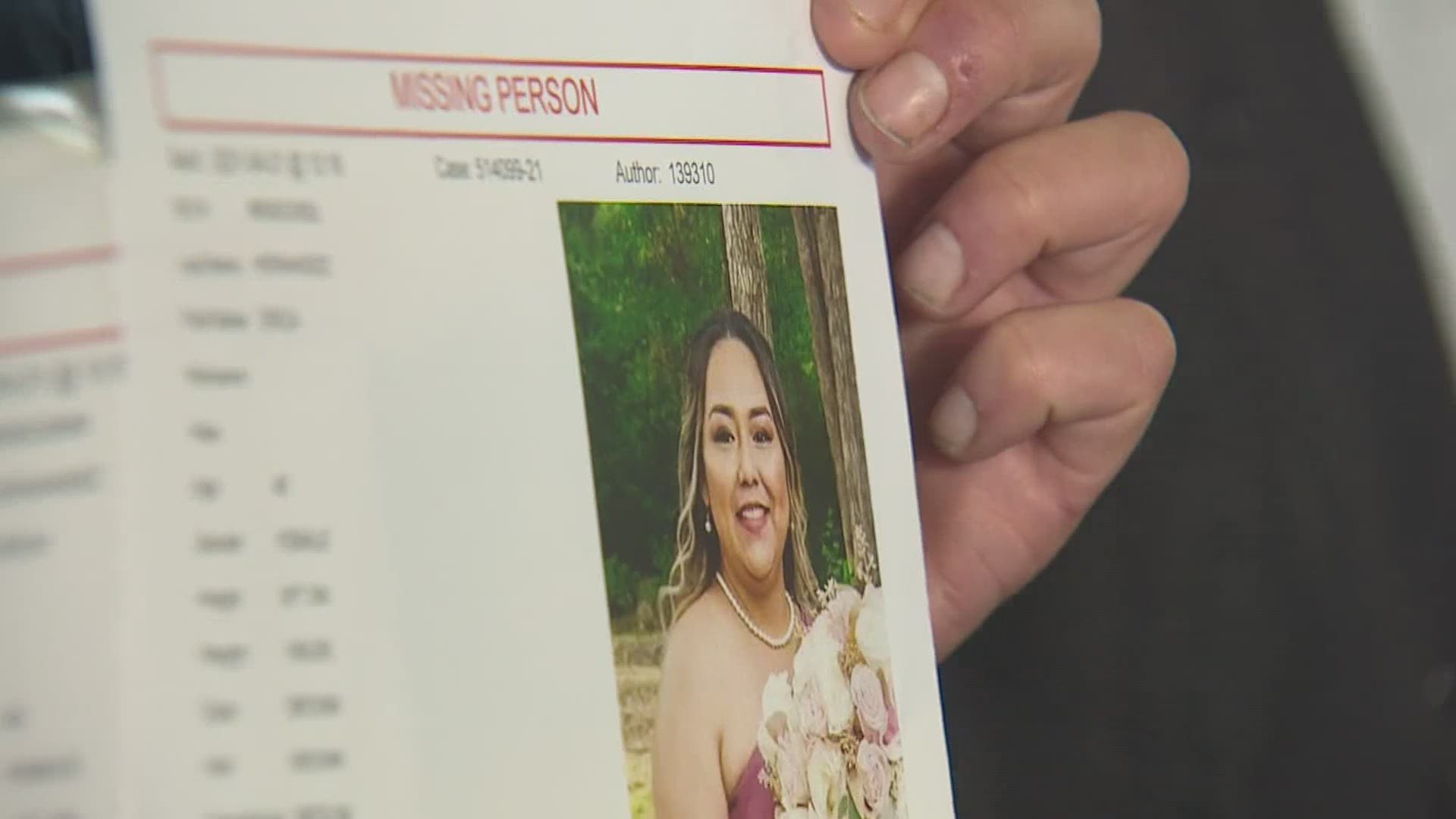 HOUSTON — A Houston mother of three vanished six days ago, and her family is hoping someone has seen her.

Erica Hernandez, 40, was last seen in the Braeswood/Bellfort area of southwest Houston around 2:45 a.m. on April 17.

Houston police are investigating, and they say they are taking this case very seriously.

Texas Eqqusearch volunteers are also helping with the search.

Hernandez was wearing a teal v-neck t-shirt, jeans and black and teal tennis shoes the night she disappeared.

The black 2020 GMC Acadia Hernandez was driving hasn’t been found either. The Texas license plate is MKJ-3303.

Relatives say her cell phone is turned off.

Ashley Hernandez, Erica’s sister, said the single mother would do anything for her 19-, 15- and 3-year-old children.

“She has a tattoo of a koala with her babies on her back because that’s what she is,” Ashley Hernandez said. “Always has her kids on her.”

Tim Miller with Texas Equusearch said they are helping in the search.

“We do have some areas where the phone pinged last which again is out by that 288/Post Oak area. We’ve search that area," Miller said.

Miller said none of her belongings have been found.

“So what we’re trying to do and what HPD is trying to do is get more information on OnStar and the phone to see if they both went off at the same time and what that location was,” Miller said.

Erica’s family is holding out hope that she’ll soon be reunited with her kids.

“We’re not going to give up, and Erica, if you’re out there, and for some reason watching this, don’t give up. Just hang on. We’re going to keep going," Ashley Hernandez said.