“This is a miracle medicine,” Rachel Busch said. “In my opinion, it’s a cure for depression and PTSD.” 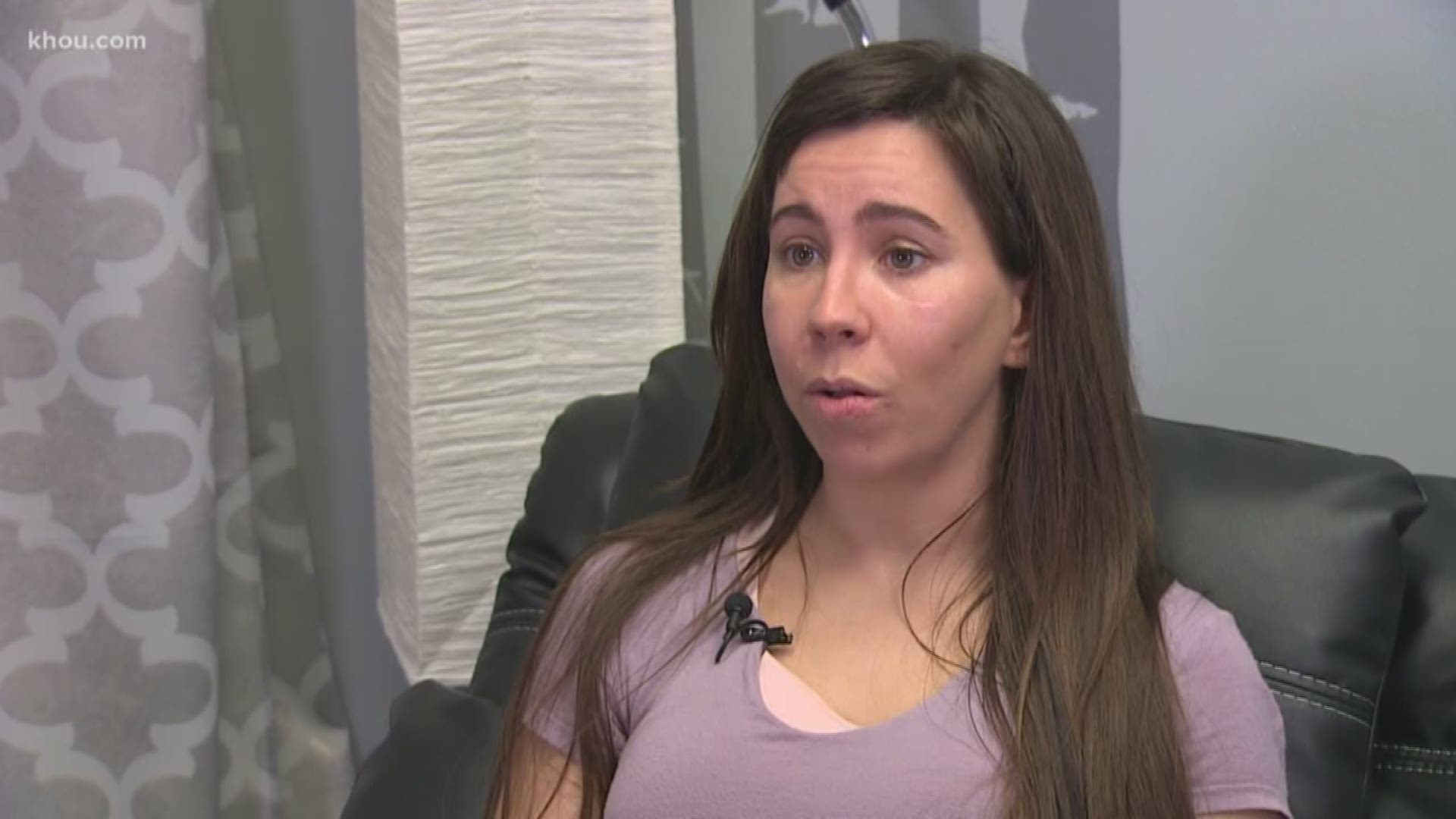 HOUSTON — Is there a miracle drug out there for depression, anxiety and PTSD? One Houston woman says there is for her: Ketamine.

Rachel Busch was assaulted on Jan. 16 after a night out with friends. She shared her story with KHOU 11's Lauren Talarico in January.

“He tried to rape me, and I said no,” Busch said. “I pushed him away, and all the sudden, he just started attacking me and I went unconscious.”

Busch was disfigured during the attack. The suspect, Donovan Micah Jones, is in jail charged with aggravated assault causing serious bodily injury and is awaiting trial.

Busch is about to begin the long process of reconstructive surgery for her injuries, but Busch said it’s the mental trauma that recently took an unbearable toll.

“The past few months were rough,” Busch said. “I was contemplating suicide...wishing that he had finished me off.”

Busch said she was prescribed antidepressants, but they didn’t work. Then, someone told her about Dr. Quang Henderson, owner of Mindscape Ketamine & Infusion Therapy in Houston.

“It kind of helps remodel the brain,” Dr. Henderson said, “the way it feels about certain things.”

Ketamine often gets a bad rap because of its history with people abusing it; its street name is "Special K," however, it has been used in medicine for decades.

“Ketamine actually is an anesthetic that’s been around for 50 years, but in the last 15 years, it’s actually been used for treatment of mood disorders that are resistant to certain medications,” Henderson said.

Dr. Henderson practiced as an ER doctor for more than 20 years and recently opened Mindscape Ketamine & Infusion Therapy. Mindscape looks more like a spa than a medical facility. Patients listen to soothing music during treatment while lying in a dimmed room.

Henderson and his wife, Staci, decided to open the spa like ketamine facility after ketamine injections helped her. Staci Henderson had battled depression for years.

“I couldn’t believe it,” Staci Henderson said. "It was just such a wonderful life-changing experience for me.”

Staci Henderson explained she is now off all her medications and only receives booster ketamine injections sporadically.

Bill Prasad, KHOU 11's mental health and wellness expert, warns ketamine has addictive properties, although it’s on the lower end of the spectrum. Prasad said ketamine should be used sparingly, under medical supervision and hand in hand with psychotherapy.

“This is a miracle medicine,” Busch said. “In my opinion, it’s a cure for depression and PTSD.”

Although she said it’s hard to put the whole experience into words, she describes it like this, “It’s almost like I’m slipping away into a good dream...and things just start to make sense. Something changes. You see that you are not in crisis mode. You see the light.”

Ketamine has the potential for side effects, including increased heart rate, hallucinations, drowsiness and elevated blood pressure.

The FDA recently approved a ketamine nasal spray for mood disorders which will be available to veterans treated within the Department of Veterans Affairs.

The Department of Veterans Affairs has used ketamine injections to treat some soldiers for PTSD and reports positive and immediate outcomes.

A study in the British Medical Journal finds ketamine injections can particularly helpful in those who are treatment resistant to SSRI’s for mood disorders. The study also states that patients should be aware that there’s limited information about the long-term effects of ketamine.

Dr. Henderson said the effects can last months to years depending on the person.

Ketamine injections for mood disorders is not yet covered by insurance at this point. A treatment at Dr. Henderson’s ranges from $380 to $500 a session.

Henderson said the recommendations is six treatments over a few weeks and then sporadic boosters when necessary.

Police warn flushing drugs down the toilet could create 'meth-gators'

Mother accused of using children to steal $1,600 worth of merchandise from Houston Premium Outlets