With protests taking place in Washington D.C. on November 14, some Midland residents decided to fly out and make their voices heard. 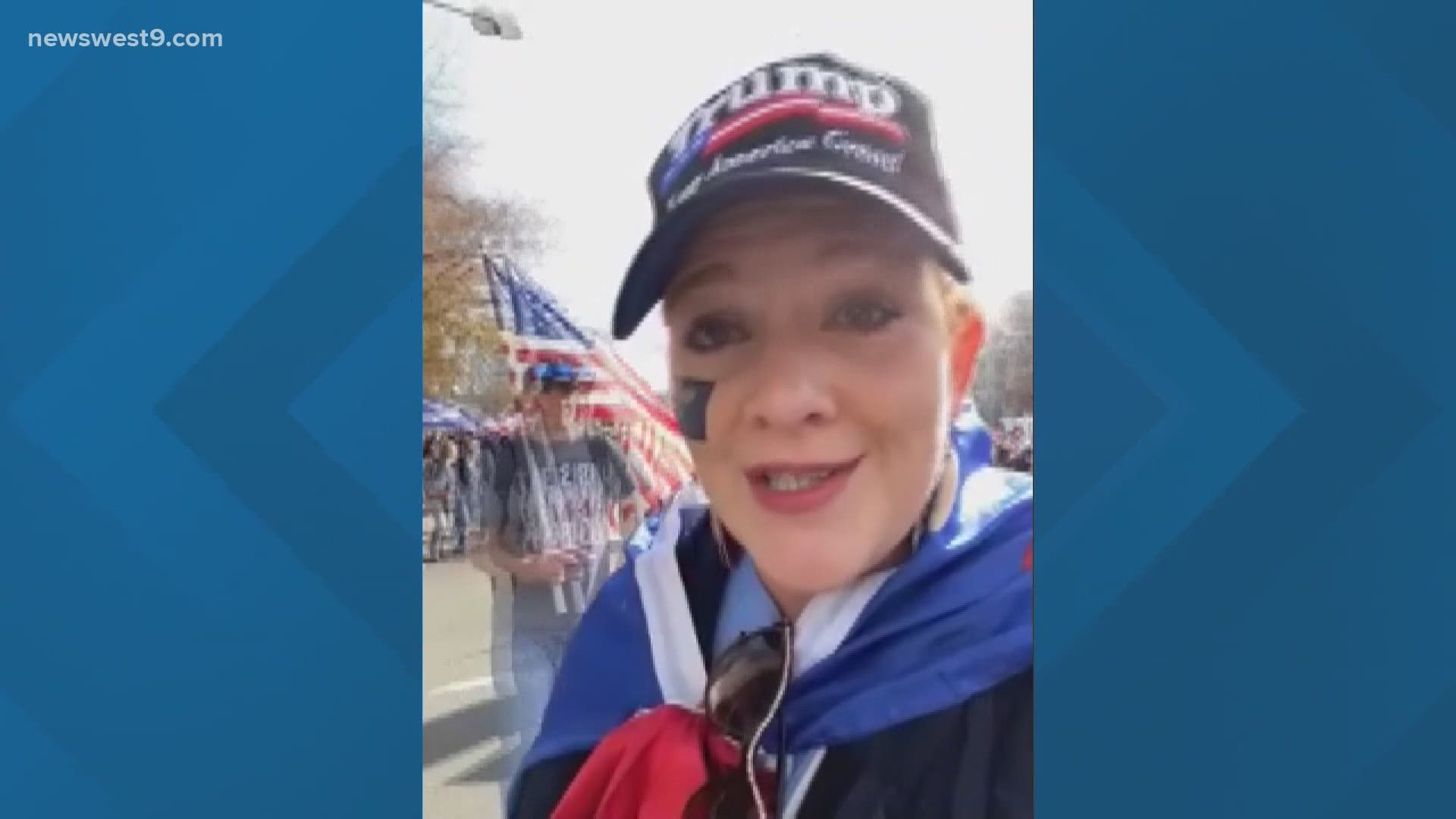 MIDLAND, Texas — With the results of the presidential election came protests from supporters of Donald Trump.

Many took to the streets in Washington D.C. to voice their opinion on the outcome of the race. Included in that group were some Midland residents.

Jenny Cudd, a former Midland mayoral candidate and business owner, flew out to Washington D.C. to participate in these protests because she believes that this presidential race isn't over.

"What we hope to accomplish is to stop the stealing of the election that’s going on right now and to protect everybody’s right to vote and to have every legal vote count and every illegal vote thrown out, and that’s why all of us are here," Cudd said.

Cudd said that Trump has supported them for the last four years and that they wanted to show him that same support during this election season.

"What we’ve learned from this year is that mob rule absolutely influences what’s going on. So President Trump has stood up and fought for us for four years and so when they put out the call to show up in Washington D.C. and support the president and we’re going to do that," Cudd said.

Protesting in the nation's capital is only the beginning for Cudd. She plans to move on to other states that had a major impact on the election as well.

"I’ll probably wind up going down to Georgia because the Democrats are trying to steal the two Senate seats from Georgia and we have to maintain control of the Senate. So I mean there are patriots that are marching in every state capital if they couldn’t come to the nation's capital," Cudd said.

According to Cudd, some people have labeled these protesters as white supremacists, but she said that that is not true.

"These are patriots. There’s children out here, families out here, immigrants out here. People of every race, color, creed, and belief. We are America, and we are standing up for what is right for our country and I am so proud to be here," Cudd said.