Officials say the van will be on campus for a 3-month pilot program. 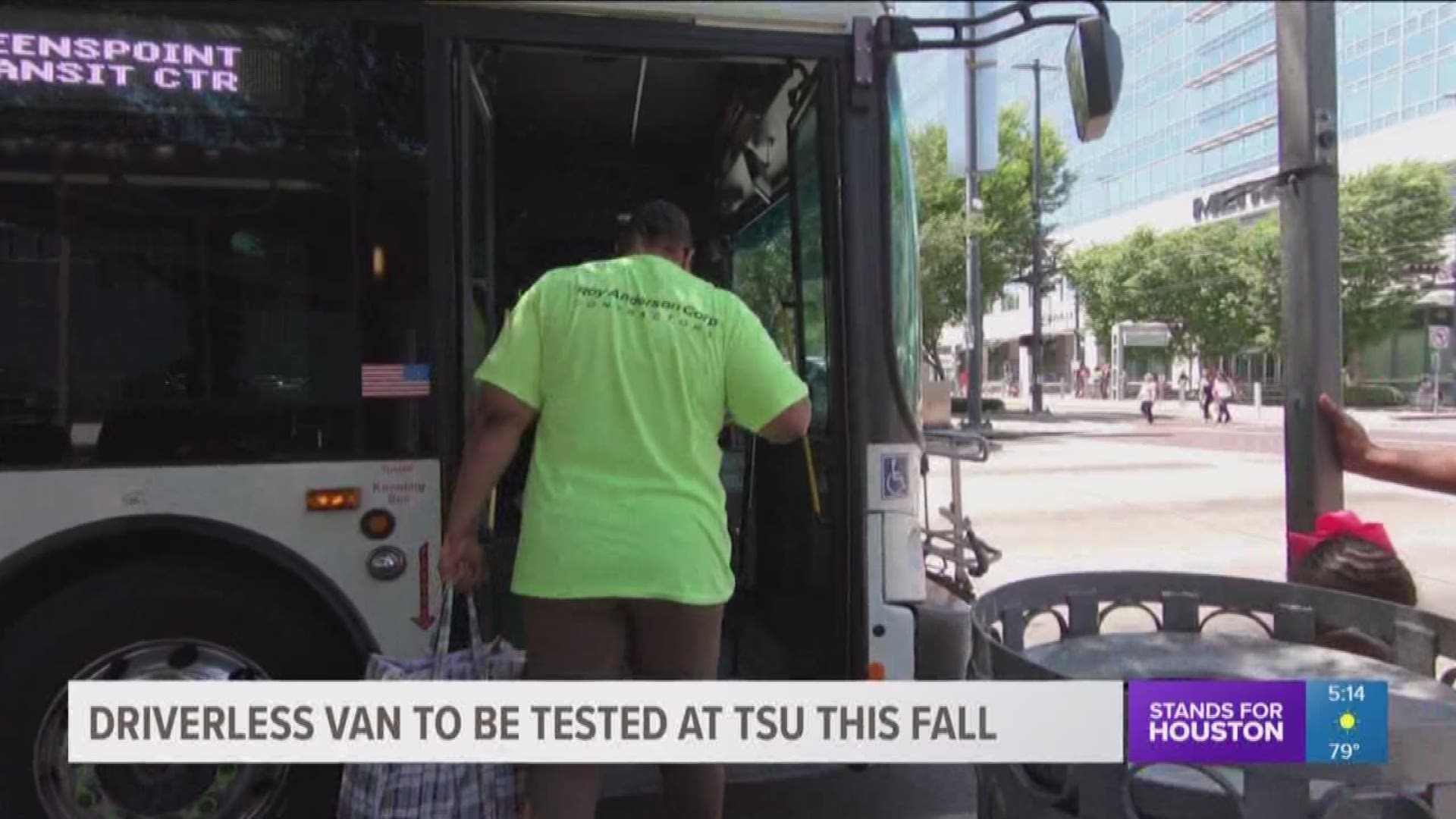 HOUSTON — Houston METRO will be testing a driverless van at Texas Southern University as early as this fall.

Officials say the van will be on campus for a 3-month pilot program.

It will run in a 1.5-mile closed loop with an operator on board.

“I ask people to be open to the idea. We know people are leery. This is an opportunity to test it. I hope people will come out and visit the campus when the project goes live. See it for themselves, experience it for themselves,” Williams said.

Houston METRO is currently looking for a partner for the pilot program. It will soon be accepting proposals from makers of autonomous vehicles.

Similar driverless vans are already running in cities like Arlington and Las Vegas.