The proposal would extend two rail lines 11 miles to reach Hobby Airport, which would cost an estimated $1.4 billion combined. 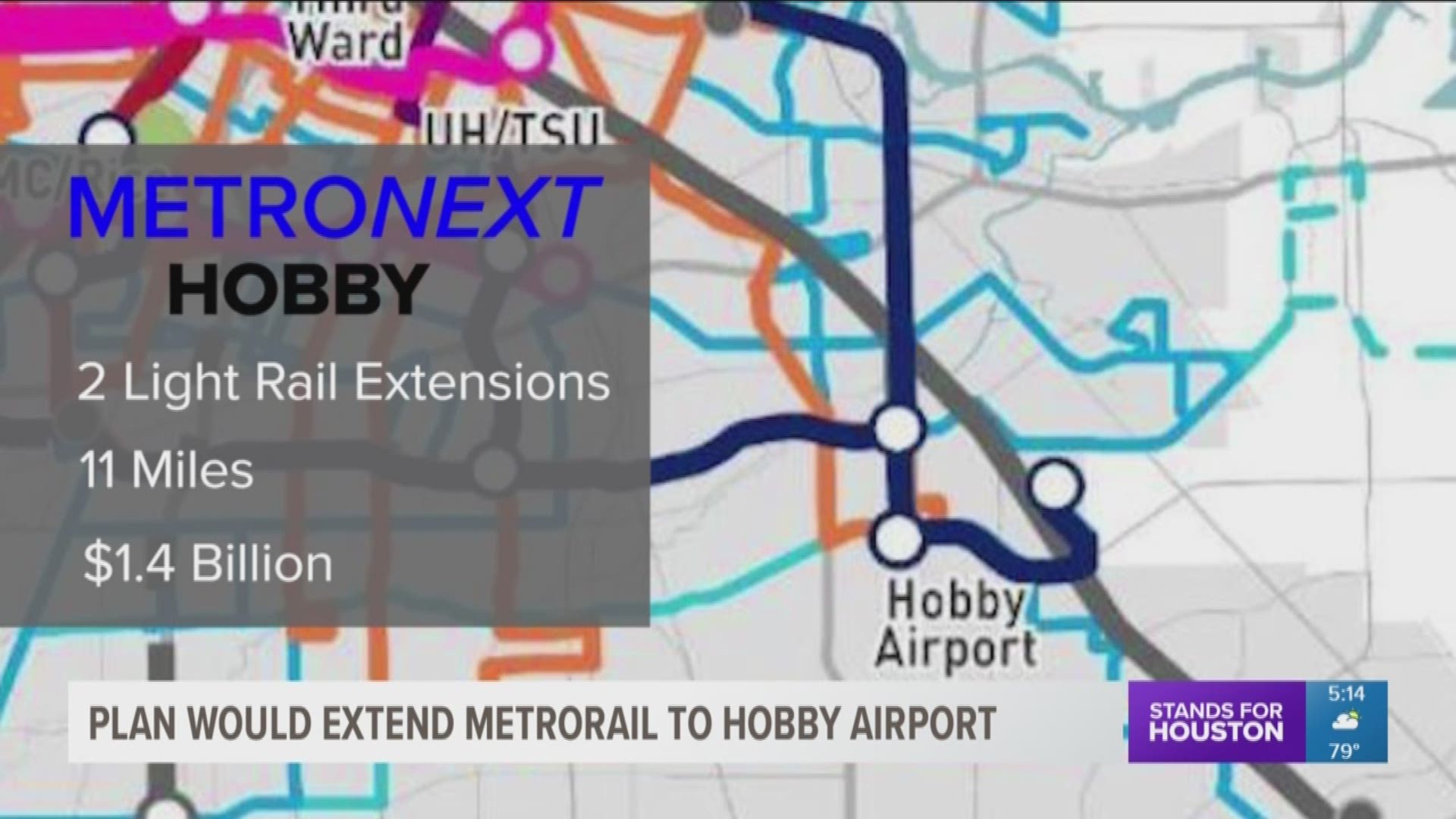 HOUSTON - Extending light rail transit to Hobby Airport is on the short list of goals METRO is proposing.

The idea is small part of a larger, long-term plan called METRONext.

“When we went out to the community for community input, a huge desire on the wish list was connect us to Hobby Airport,” said Carrin Patman, Chair of METRO.

However, due to the projected cost of the project, METRO is focusing on the closer airport first.

The proposal would extend two rail lines 11 miles to reach Hobby Airport, which would cost an estimated $1.4 billion combined.

“Houston is growing exponentially. We are a world class city. Many of the other world class cities have rail connections to the airports. It’s just something that’s almost expected, and it does drive commerce,” Patman said.

METRO will not finalize its METRONext proposal next year.

Building connections to Hobby Airport would take several years once funding is approved.

“I think it’s likely. I think there’s great support for it. I think we can find the funds to do it with some bonding authority and help from the federal government, so I would put it as pretty likely,” Patman said.