Metro is running trains every 12 minutes. It may scale back even further due to coronavirus

The transit system was eerily quiet Monday, the first day of reduced rail and bus service, More cutbacks might be coming. 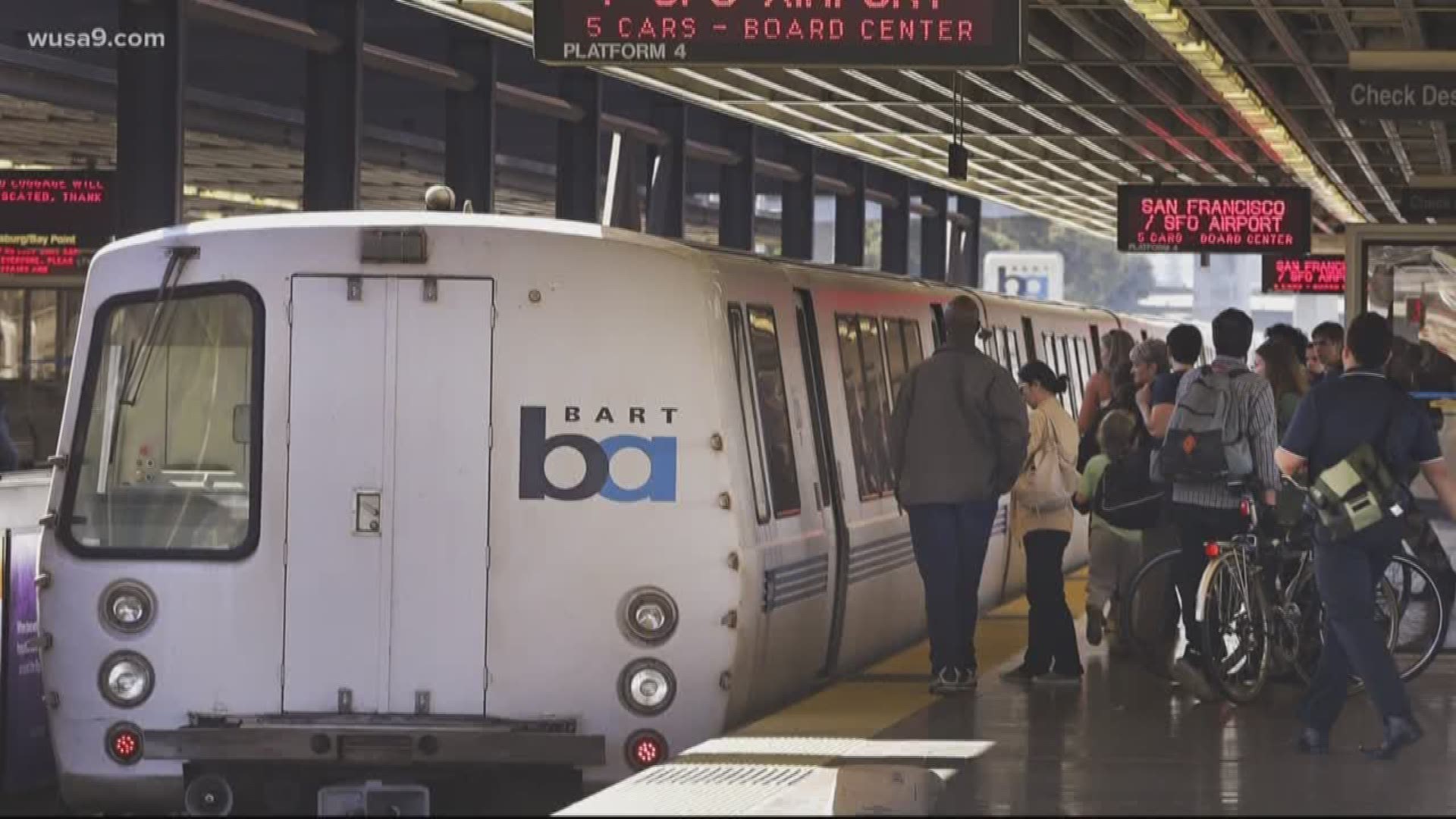 WASHINGTON — As businesses shutter across the region, Metro says it may scale back service even further. The transit agency says it wants to reduce risk to its front-line employees as ridership continues to drop.

“Now it’s just kind of bizarre to see it not jam-packed,” said rider Rene T as he commuted home from his federal job on Monday, the first day of reduced rail service due to the coronavirus. The transit agency says trains will arrive every 12 minutes for riders as they try to keep a safe distance from each other.

“Today was definitely feasible,” Rene said. “Any other day, when it’s jam-packed, you’re unable to do that.”

Riders say they were able to take a seat on most trains Monday, but they worry they will not be able to if service is scaled back even further. On Twitter, Metro said that could happen, but has yet to announce any new service changes.

Last week, Metro officials said a spike in worker absences could lead to even fewer trains. Other transit systems such as San Francisco’s BART are still running at normal service levels.

RELATED: Photos: This is what the Metro looks like during the coronavirus

“We’re doing everything we can,” said Metro General Manager Paul Wiedefeld following a Thursday coronavirus briefing to the agency’s board of directors. “We’re not going to provide a level of service if it’s not safe."

Also on Monday, Metro announced that one of its transit police officers tested positive for coronavirus. Metro closed one of its two police barracks for cleaning. The transit agency insists that the officer did not come in close contact with the public.