Fares make up about 11 percent, or nearly $70 million, of METRO's annual budget. 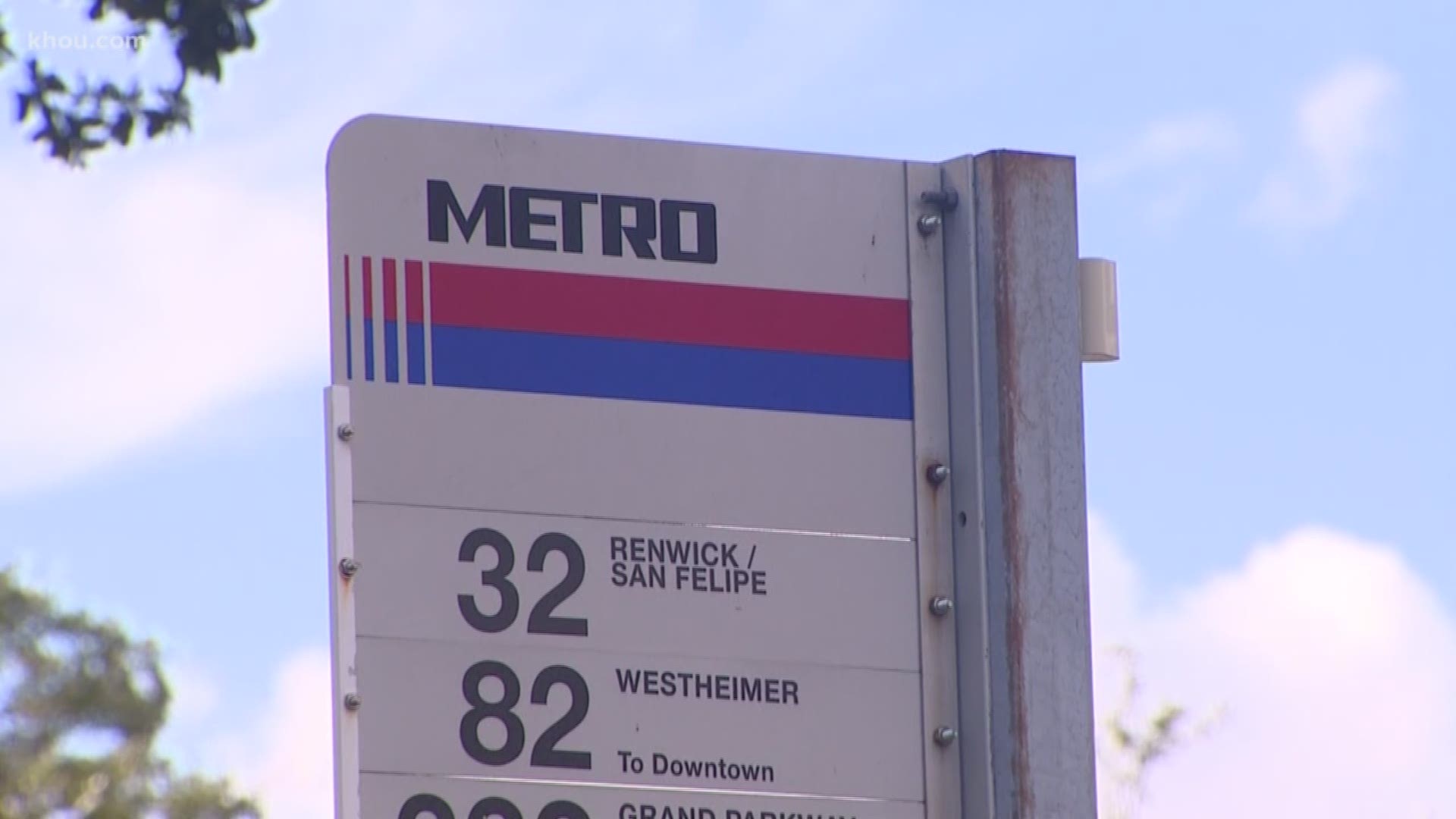 HOUSTON — METRO is considering making its buses and trains free to ride for everyone. Agency officials said the move could potentially boost ridership and ease traffic congestion for drivers.

“We don’t have as many riders as we would like using the system,” said Tracy Jackson, Media Director for METRO. “Year-to-year we are flat, but over the last five years, we’ve seen a steady increase in ridership.”

Jackson said METRO staff members are studying whether offering free fares could boost ridership and by how much.

METRO already offers free rides to groups like seniors, disabled veterans, young kids, as well as during some sporting events.

While Houston wouldn’t be the first U.S. city to offer zero-dollar fares across the board, it would be the largest.

“We don’t want to diminish the service that we’re already providing to our customers,” Jackson said.

Fares make up about 11 percent, or nearly $70 million, of METRO's annual budget. Their big challenge will be replacing that money.

“That’s part of what’s being evaluated at this point, in terms of operations cost, safety and security,” Jackson said.

“I spend $20 a week to get back and forth to work and other places, so it would help a lot,” said one rider at METRO's Downtown Transit Center on Monday afternoon.

The big question: will drivers get on board too?

“It just depends what type of person you are,” said another rider at the Downtown Transit Center, noting some drivers like having their own space.

Shelton, who leads transportation research at the Kinder Institute, says fares aren’t the only reason most Houstonians aren’t riding buses and trains.

“If you really want increased ridership, you just have to make your system as effective and as comfortable and as efficient as possible to convince people to go on it,” Shelton said.

Oni Blair, Executive Director for transit advocacy group LINK Houston, spoke to the METRO Board at their December meeting about the idea.

She also said several studies around the country, including ones in Austin, or zero-dollar fares led to more “disruptive customers” and a tougher time providing “a quality experience.”

“So, while ridership went up, transit agencies also expended more funds for customer service and safety and operations,” said Blair, according to prepared remarks posted on LINK Houston’s website and emailed to KHOU on Monday. “In Austin, the transit operators threatened to quit because of the disruptions.”

Jackson said METRO is still in the early stages of studying the feasibility of free fares. She added there’s no timeline yet for when the Board of Directors would review the findings.

RELATED: Driver takes off after hitting and killing man on FM 1960