Michael Webb is a standout student-athlete at Griffin High School. Now he's well on his way continuing his academic career. 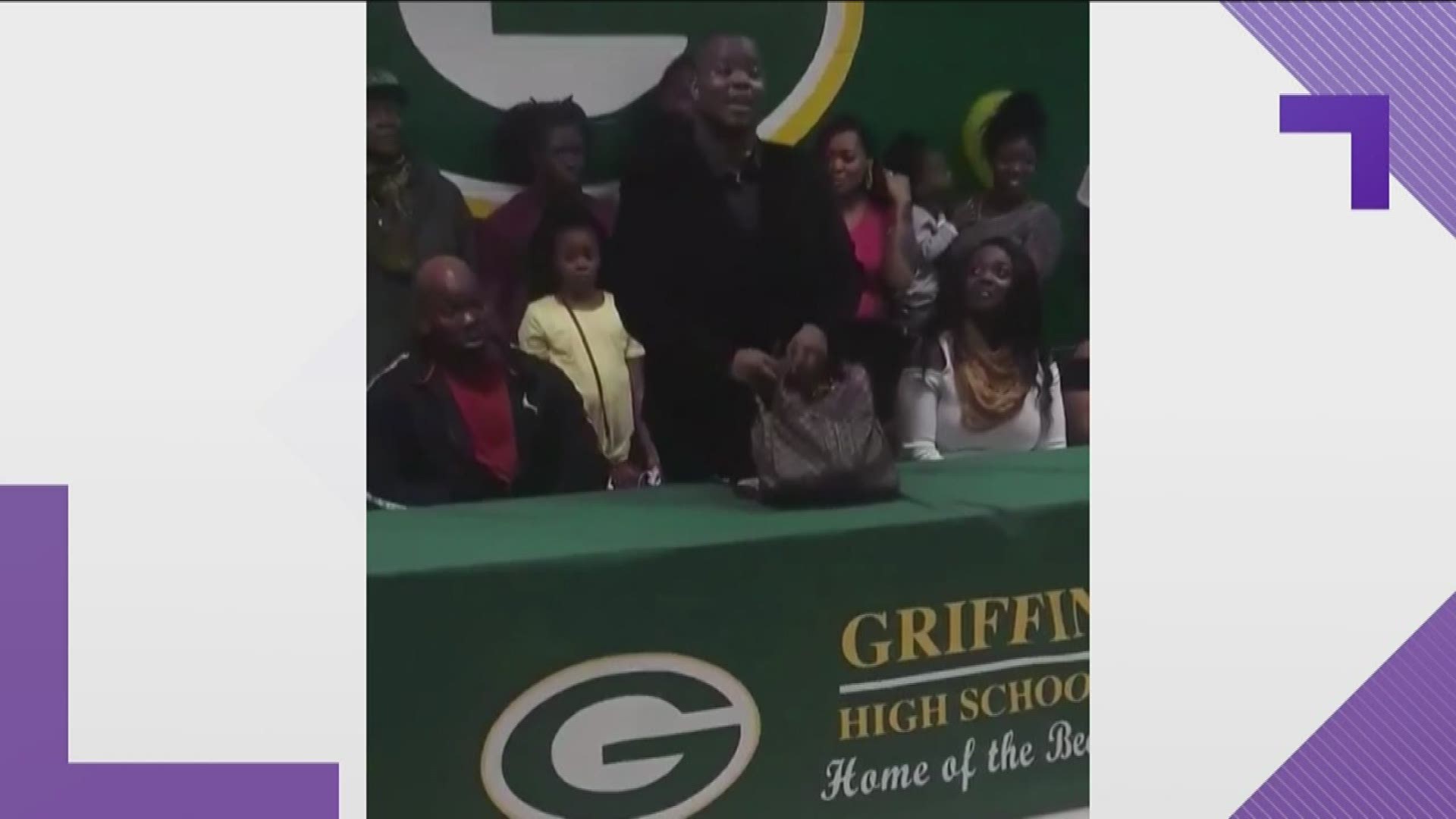 GRIFFIN, Ga. — "I'm going to give you a disclaimer, you'll be standing for a while, OK?"

That's how a 3-minute list of scholarship offers for Michael Webb began. And those words were absolutely true.

Webb stood up in the middle of a crowded auditorium surrounded by peers who clapped and cheered as an administrator read the amount of money each organization or school was offering him. Some of these were in the hundreds of thousands of dollars.

In all, Webb was offered a massive $3 million in scholarships. And when the school official read off that final dollar amount, the auditorium erupted in cheers.

In addition to his academic accomplishments, Webb is also a 6-foot-2-inch 290-pound defensive tackle for the Griffin Bears.

Webb told 11Alive on Thursday that he's heading to the United States Naval Academy where he will continue his academic - and athletic - career with a major in mechanical engineering.

Already in his high school years, Webb has earned A-B Honor Roll and an overall 3.24 grade point average. He's also ranked 76 in a graduating class of 290 - putting him near the top 25 percent.

As for his scholarship to the Naval Academy: it's a massive $500,000. In other words, as his proud brother Jamarcus put it, everything will be paid for.

He’s the 1st African-American Male valedictorian at his Georgia high school and is graduating with a 4.7 GPA